by Jarrett Wrisley and Paolo Vitaletti 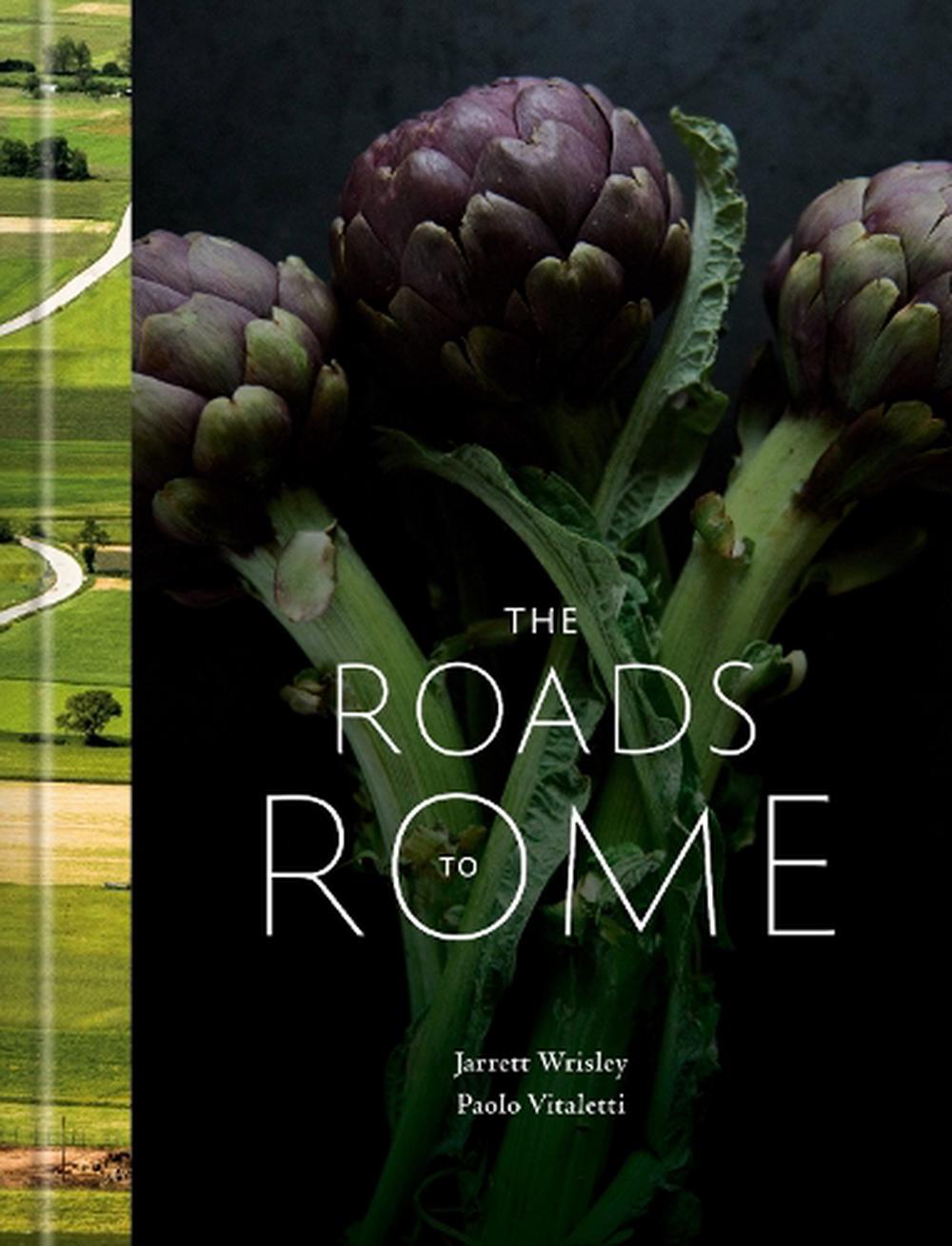 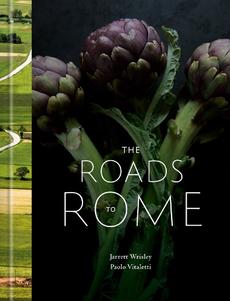 Discover the origins of Rome's most iconic dishes by cooking along the roads that built the Eternal City. When Jarrett Wrisley opened an Italian restaurant in Bangkok with his business partner and chef, Paolo Vitaletti, he wanted to run the most authentic Roman trattoria he could. But travels in Italy taught him that Roman cuisine doesn't come from Rome, exactly, but from the roads to Rome--the trade routes that brought foods from all over Italy to the capital. As Jarrett and Paolo weave their way between Roman kitchens and through the countryside of Lazio, Umbria, and Emilia-Romagna, they encounter farmers and artisans who show us the origins of the ingredients that gave rise to such iconic Roman dishes as Tonnarelli Cacio e Pepe and Spaghetti all'Amatriciana. The exquisite journey also sheds light on the dishes of the countryside--from Vignarola (sauteed artichokes, fava beans, and spring peas with guanciale) to Cozze alla Marinara (mussels pulled straight from the Amalfi coast). The Roads to Rome is an ode to the butchers, fishermen, and other artisans who feed the city, and how their history and culture come to the plate.

Jarrett Wrisley is a food writer-turned-restaurateur living in Bangkok. He has written for The Atlantic , Lucky Peach , The Art of Eating , Food & Wine , Travel + Leisure , National Geographic Magazine , and various magazines and newspapers across Asia. His two restaurants, Soul Food Mahanakorn and Appia, have been praised by the New York Times , the Wall Street Journal , Travel + Leisure , and CNN Travel. Italian-born chef Paolo Vitaletti is the co-founder of Appia with Jarrett Wrisley in Bangkok. As a team, they operate a farm outside of Rome where they will open an inn and restaurant. Paolo also owns Peppina, Bangkok's best Neapolitan pizzeria.

Introduction There were white puffs of pecorino on top of the sauce, sharp and sheeplike, and chewy tubes of rigatoni beneath, cut from old bronze dies. I was eating with my friend, business partner, and chef, Paolo Vitaletti, inside a basement restaurant built into Monte Testaccio, in Rome. We could see the room''s crumbling walls, preserved behind a panel of glass, suggesting a catacomb more than a dining room. Those walls were made from the clay amphora, discarded and compacted over millennia, that had carried wines and olive oil from the fields of Lazio and beyond to Rome in ancient days. The provisions would arrive on boats along the Tiber or by carts on a road called the Via Appia. We were effectively eating inside a cave--a living relic of Rome''s culinary past. A cave carved into Rome''s grass-covered mountain of trash. Seven years ago, Paolo and I opened a Roman restaurant in Bangkok, where we both live. Before we did, we thought it best to experience Roman and Italian food firsthand--and that subterranean restaurant happened to be where Paolo and I began our dig to unearth Rome''s most celebrated recipes. After years of food criticism and magazine writing, I had a working familiarity with Italian cuisine. But I''d never had a guide quite like Paolo, who grew up among the butcher shops and bakeries of Testaccio, and later, in the nearby suburb of Falcognana. Paolo is the sort who looks affectionately at a fine ham; when he speaks of his mother''s cooking, he becomes visibly wistful. He has a constant longing to eat his own cuisine, and to share his knowledge of it. Through his guidance, and my own realization of the breadth and beauty of Italian products, not to mention the quiet reverie of eating them, something rather simple--a trip to Rome, a few meals at the best trattorias--became a bit more complicated. I had always liked to know where food comes from, but a meal in Rome opens so many windows into the past. Just as the architecture--the monuments and ruins-- speaks of great empires and eras of despair, so too, does the food. This connection of history, taste, and memory was fascinating to me. I was hooked. And so before we opened our restaurant, Appia, Paolo and I set out to unwind and tease out our understanding of this cuisine, like so many strands of pasta wrapped around a fork. When you ask a Roman why they eat this thing or that, answers come naturally. "Ham should be from Norcia," they might say, casually, or, "We''ve always eaten fried artichokes, because of the Jewish ghetto here." This is perfectly fine if you''re Roman, but I''m not. So we needed to dig a little deeper. Paolo and I set off to research the food of Rome and the surrounding countryside together. To forge bonds with farmers and cheesemakers, and to cook in village kitchens. At first, for our restaurant. But as we traveled, it became clear that the journey we were on was something we wanted to share, beyond the walls of our restaurant. That''s what started this long affair in Italy. Of traveling down the roads that led out from Rome, and into the countryside. Of farmers and shepherds and ancient mountain paths. Of sleeping in caves, and stealing peas for supper. Of sheep, and of meat. Of understanding. A month after our first trip--which led us to Norcia, a town hours to the northeast that is the home of Rome''s butchery tradition, and then later on to Tuscany and Emilia-Romagna--we sat in a coffee shop, agonizing over the name of our restaurant. For months, we''d been making porchetta, stuffing and sewing up pork bellies and loins, piercing the pig''s thick skin and pulling the butcher''s string tight. Afternoons were spent kneading pasta dough and cooking rag