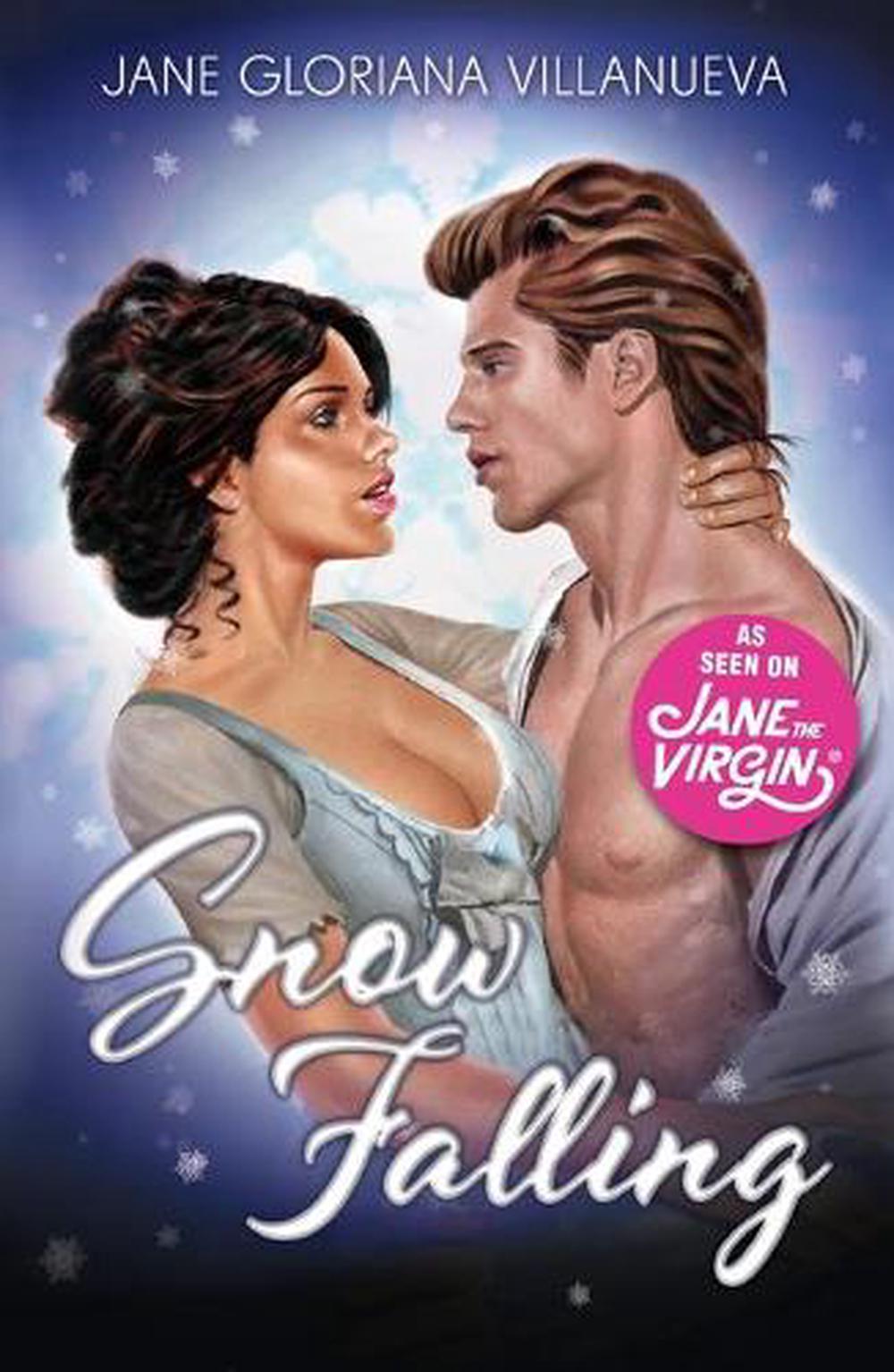 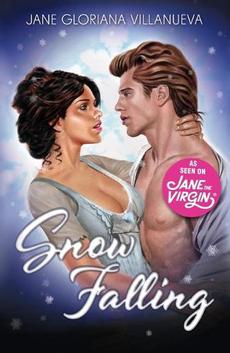 PUBLISHED: 16th November 2017
ISBN: 9781507206621
ANNOTATION:
In this "historical romance set in 1902 Miami--a time of railroad tycoons, hotel booms, and exciting expansion for the Magic City-- ... [hotel employee] Josephine Galena Valencia has big dreams for her future. Then, a figure from her past reemerges to change her life forever: the hotel's dapper owner, railroad tycoon Rake Solvino"--Amazon.com.
$22.33
Or pay later with

In this "historical romance set in 1902 Miami--a time of railroad tycoons, hotel booms, and exciting expansion for the Magic City-- ... [hotel employee] Josephine Galena Valencia has big dreams for her future. Then, a figure from her past reemerges to change her life forever: the hotel's dapper owner, railroad tycoon Rake Solvino"--Amazon.com.

"Just the thing for a cold winter's night between episodes." -The Washington Post Book World

"Fans of the show will undoubtedly enjoy the chance to read Jane's book in real life." -Entertainment Weekly

It's been a lifetime (and three seasons) in the making, but Jane Gloriana Villanueva is finally ready to make her much-anticipated literary debut!

Jane the Virgin, the Golden Globe, AFI, and Peabody Award-winning The CW dramedy, has followed Jane's telenovela-esque life-from her accidental artificial insemination and virgin birth to the infant kidnapping and murderous games of the villainous Sin Rostro to an enthralling who-will-she-choose love triangle. With these tumultuous events as inspiration, Jane's breathtaking first novel adapts her story for a truly epic romance that captures the hope and the heartbreak that have made the television drama so beloved.

Snow Falling is a sweeping historical romance set in 1902 Miami-a time of railroad tycoons, hotel booms, and exciting expansion for the Magic City. Working at the lavish Regal Sol hotel and newly engaged to Pinkerton Detective Martin Cadden, Josephine Galena Valencia has big dreams for her future. Then, a figure from her past reemerges to change her life forever: the hotel's dapper owner, railroad tycoon Rake Solvino.

The captivating robber baron sets her heart aflame once more, leading to a champagne-fueled night together. But when their indiscretion results in an unexpected complication, Josephine struggles to decide whether her heart truly belongs with heroic Martin or dashing Rake.

Meanwhile, in an effort to capture an elusive crime lord terrorizing the city, Detective Cadden scours the back alleys of the Magic City, tracking the nefarious villain to the Regal Sol and discovering a surprising connection to the Solvino family.

However, just when it looks like Josephine's true heart's desire is clear, danger strikes. Will her dreams for the future dissolve like so much falling snow or might Josephine finally get the happy ever after she's been dreaming of for so long?

A lifelong fan of romance novels and telenovelas, Jane Gloriana Villanueva has worked as a publisher's assistant at Silver Horizons and dating columnist for Cosmopolitan online. She is now thrilled to be publishing her first novel. Snow Falling is a sweeping historical romance based on Jane's now-notorious true story of being accidentally artificially inseminated as a Catholic virgin, becoming the target of the nefarious crime lord Sin Rostro, and ultimately marrying her true love who died tragically young. Jane's life, loves, trials, and tribulations can be followed on The CW's hit television show Jane the Virgin.

"If you're a Jane fan, too, you'll want to read Snow Falling. It's a definite read for fans! I loved having the chance to re-experience what made me fall in love with Jane to begin with. She's quirky and fun, and it stands to reason that the heroine in Snow Falling, Josephine, is quirky and fun, too, but in a way that identifies and works well with the early 1900's."

-Chick Lit Central The book gives sweet and passionate descriptions of Villanueva's encounters with her love interests. This book serves as an unconventional refresher for fans who await the next episode following [the] mid-season finale. It also serves as a more dramatic and passionate telling of Villanueva's story - unlike the show, she isn't modest in her imagery of her romantic encounters and dramatic scenes."

-The Daily Texan "The over-the-top-ness of the series translates well to a romance novel - plus, the sex scenes are just a little more explicit than what's shown on TV."

-Bust "If you love hit TV show Jane the Virgin ... you don't just love watching love stories but reading about them, too. While you can certainly love each of those separately, you no longer have to. Now, combining the magic of television and the magical realism of literature, the romance novel Jane Gloriana Villanueva writes and publishes on the hit TV show has come to life in our real world. That's right, Snow Falling is here - and it's just as lovey-dovey as you'd expect."

-Aplus.com "Fans of the show will undoubtedly enjoy the chance to read Jane's book in real life."

-Entertainment Weekly "Did you want to reach through your television and grab Jane's novel, Snow Falling, just so you could read it? Well, have we got some great news for you...It transports Jane, Michael, and Rafael's story to Miami in the early 1900s, but follows the same dramatic beats that we know and love from the show. Of course, there are some deviations ... but Snow Falling promises to be faithful down to the last letter ... .This alternate universe might be the just the balm you need to overcome your own grief."

-Hypable "Just the thing for a cold winter's night between episodes."

-The Washington Post Book World "Fun. Read it ... if you're a fan of historical romances. Snow Falling is set in 1902 Miami, which makes for some fun window dressing ... .The love triangle is solid, the sex scenes are suitably sexy, and the takedown of the notorious crime lord ... is satisfying. Michael died very suddenly in Season 3, and for those of us who refuse to move on, Snow Falling is therapeutic ... reading. The two finally get the future together that they deserve. You've spent years watching Jane grow as a writer. Why on earth wouldn't you want to read the finished product?!"

-Slate.com "Much of the story line should sound familiar to die-hard fans ... and we expect nothing less than the same over-the-top hilarity. Seems like the perfect treat to get us through a cold and dreary winter!"

-Latina.com "Snow Falling [is] the sweetest tribute. When Jane the Virgin goes on break next week , we know what we'll be doing. Snow Falling is now at the top of our winter reading list!"

-HelloGiggles "Equal parts harlequin (button shirts and corsets will be ripped open in fits of passion!) and telenovela (watch out for mistaken identities and family reunions!), Snow Falling is endlessly enjoyable. It's the kind of book you won't be able to put down."

-REMEZCLA "Prepare to be swept off your feet by this beautiful story about love, heartbreak, betrayal, and the power of passion. Villanueva's debut is a true standout."

-Deirdre Shaw, author of Love or Something Like It "From the moment I met her, I knew Jane would be a success. Her captivating, melodic, emotional writing can make even the most cynical person believe in romance."

-Marlene Donaldson, author of ReVulva: Locked and Loaded "Jane Villanueva's words jump off the page and make it impossible to put the book down."

-Amanda Elaine, author of Love Under the Bridge (Winner of the 2007 Romance Book of the Year) and The Christmas Cookie: Sprinkled with Love "Romance, adventure, intrigue! Jane's novel is so much fun I wish I'd written it myself!"

-Caridad Pineiro, New York Times bestselling author "Jane Gloriana Villanueva takes readers on a spectacular ride in her debut novel. It is a page-turner that pulls at your heartstrings and reminds you what it feels like to fall in love."

-Angelique Harper, bestselling author of Frontier Lust "BRILLIANT. MOVING. MASTERFUL. I laughed, I sobbed, I even danced. The best novel of the century."