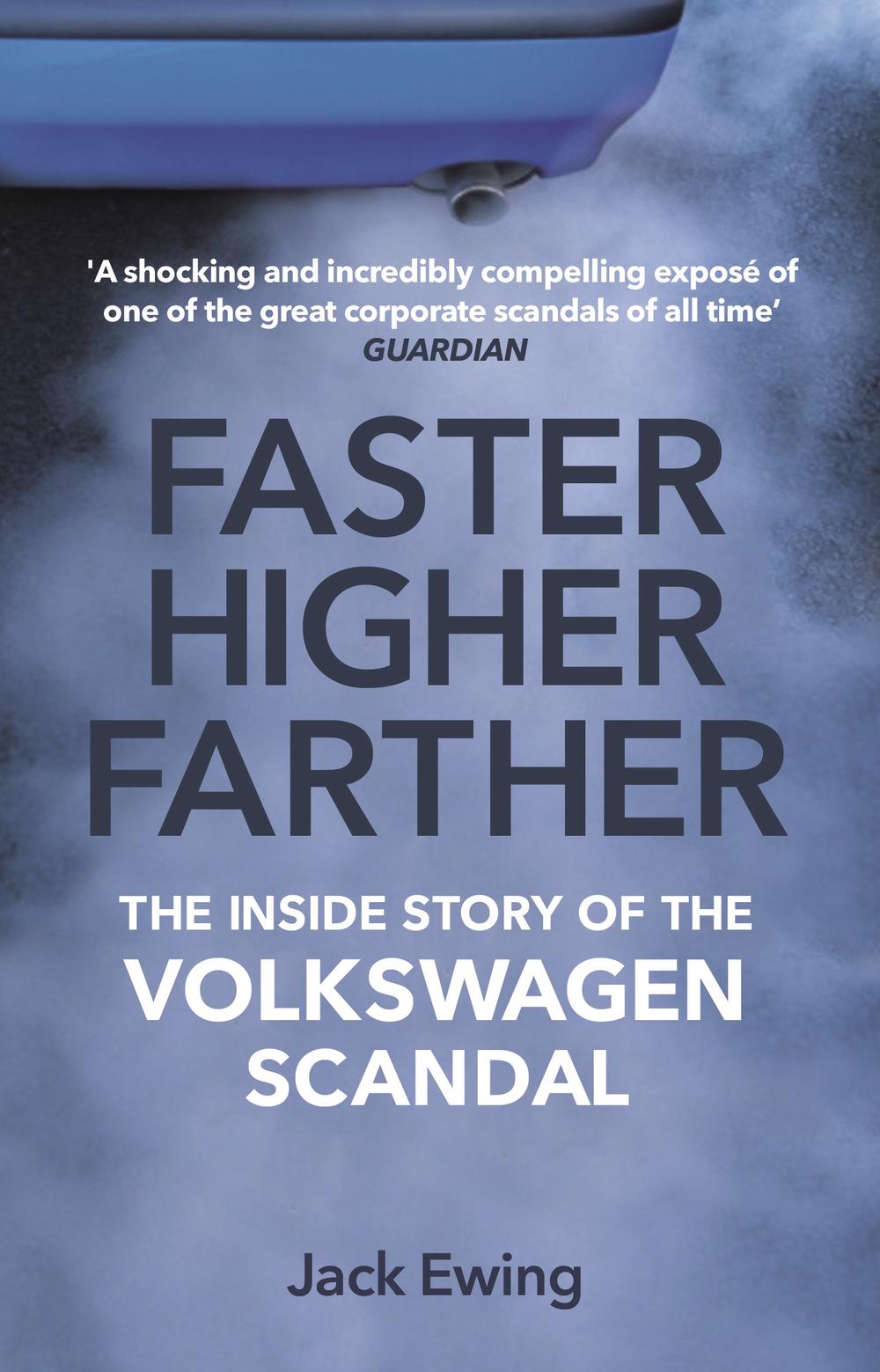 A shocking expose of Volkswagen's fraud by the New York Times reporter who covered the scandal.

Updated with a New Afterword by the Author.

When news of Volkswagen's clean diesel fraud first broke in September 2015, it sent shockwaves around the world. Overnight, the company long associated with quality, reliability and trust became a universal symbol of greed and deception. Consumers were outraged, investors panicked, the company embarrassed and facing bankruptcy.

As lawsuits and criminal investigations piled up, by August 2016 VW had settled with American regulators and car-owners for $15 billion, with additional fines and claims still looming.

In Faster, Higher, Farther, Jack Ewing rips the lid off the scandal. He describes VW's rise from "the people's car" during the Nazi era to one of Germany's most prestigious and important global brands, touted for being "green." He paints vivid portraits of Volkswagen chairman Ferdinand Piech and chief executive Martin Winterkorn, arguing that their unremitting ambition drove employees, working feverishly in pursuit of impossible sales targets, to illegal methods.

With unprecedented access to key players and a ringside seat during the course of the legal proceedings, Faster, Higher, Farther reveals how the succeed-at-all-costs culture prevalent in modern boardrooms led to one of corporate history's farthest-reaching cases of fraud-with potentially devastating consequences.

As the future of one of the world's biggest companies remains uncertain, this is the extraordinary story of Volkswagen's downfall.

Jack Ewing has been working as a journalist in Germany since 1994, including more than a decade as a correspondent at BusinessWeek magazine. He joined the New York Times in January 2010 as their European economics correspondent, a beat that includes the car industry. He is based in Frankfurt.

This will go down in history books as a great corporate scandal, but the story told by the New York Times reporter Jack Ewing...is also much more than that. It's a rich history of a company whose cars, for better and worse, have touched millions of lives, a character study of a brilliant but deeply flawed leader, and a case study in how a corporate culture can turn toxic. -- Bethany McLean New York Times Book Review Ewing reveals for the first time the true extent of the scandal. The Times This book, which races along like Jensen Button, tells the inside story of the Volkswagen scandal. Ewing tells it quite beautifully. -- Marcus Berkmann Daily Mail A damning indictment of corporate malfeasance and an accessible account of one of the most expensive business mistakes ever recorded. -- Patrick McGee Financial Times A shocking and incredibly compelling expose of one of the great corporate scandals of all time... a gripping tale. The book reads like a fast-paced thriller as one revelation leads to another. As is so often the case, truth can be so much more shocking than fiction. Guardian

"A shocking and incredibly compelling expos

The inside story of the Volkswagen emissions fraud by the New York Times reporter who covered the scandal.