I'll Tell You Mine: Thirty Years of Essays from the Iowa Nonfiction Writing Program

ISBN: 9780226306339
ANNOTATION:
Collection of stories by graduates of the University of Iowa Nonfiction Writing Program. 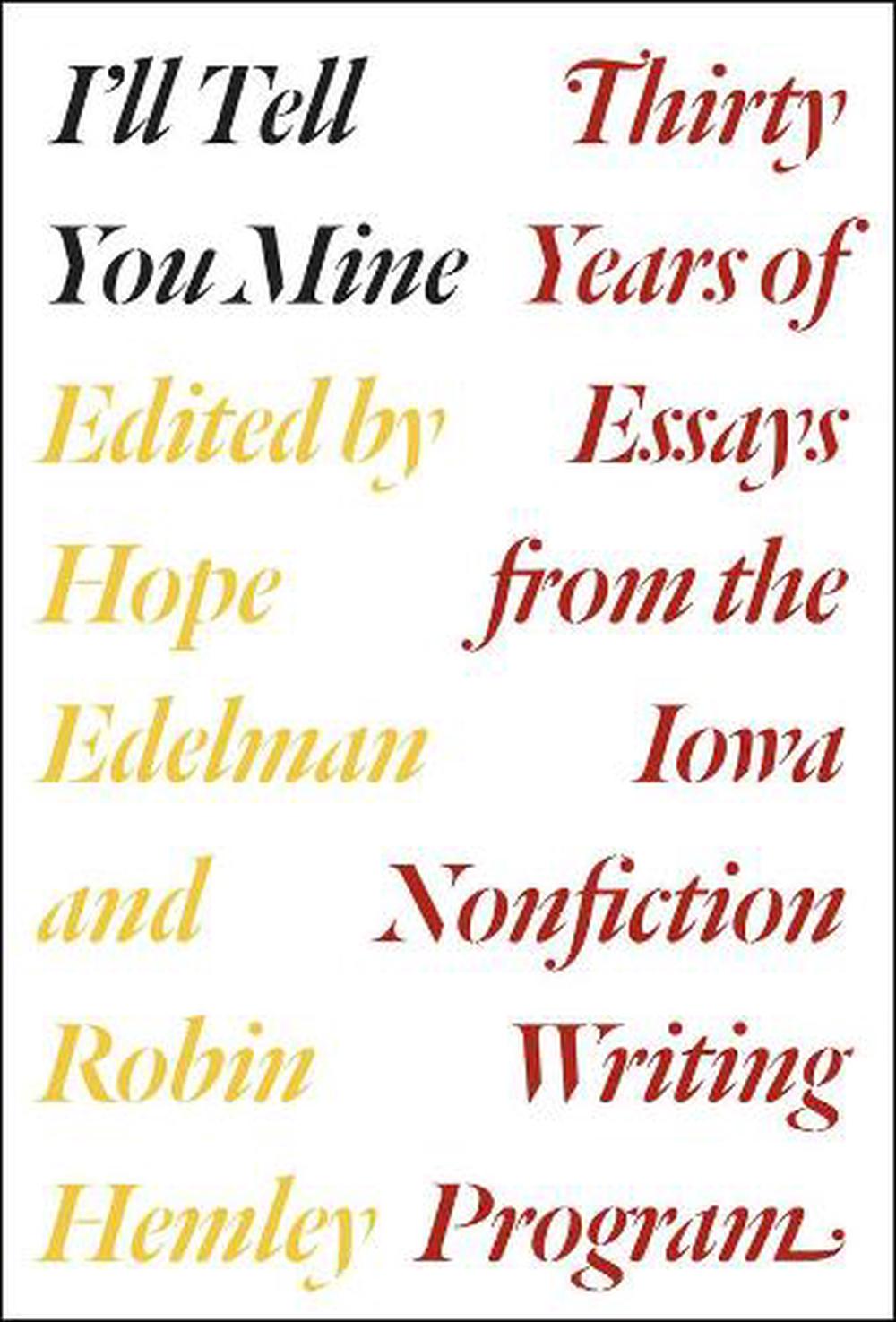 OTHER FORMATS:
ISBN: 9780226306339
ANNOTATION:
Collection of stories by graduates of the University of Iowa Nonfiction Writing Program.

Collection of stories by graduates of the University of Iowa Nonfiction Writing Program.

The University of Iowa is a leading light in the writing world. In addition to the Iowa Writers' Workshop for poets and fiction writers, it houses the prestigious Nonfiction Writing Program (NWP), which was the first full-time masters-granting program in this genre in the United States. Over the past three decades the NWP has produced some of the most influential nonfiction writers in the country. I'll Tell You Mine is an extraordinary anthology, a book rooted in Iowa's successful program that goes beyond mere celebration to present some of the best nonfiction writing of the past thirty years. Eighteen pieces produced by Iowa graduates exemplify the development of both the program and the field of nonfiction writing. Each is accompanied by commentary from the author on a challenging issue presented by the story and the writing process, including drafting, workshopping, revising, and listening to (or sometimes ignoring) advice. The essays are put into broader context by a prologue from Robert Atwan, founding editor of the Best American Essays series, who details the rise of nonfiction as a literary genre since the New Journalism of the 1960s. Creative nonfiction is the fastest-growing writing concentration in the country, with more than one hundred and fifty programs in the United States. I'll Tell You Mine shows why Iowa's leads the way. Its insider's view of the Iowa program experience and its wealth of groundbreaking nonfiction writing will entertain readers and inspire writers of all kinds.

Hope Edelman is best known for her book Motherless Daughters, which has been followed by two revised editions and two sequels, and her memoir The Possibility of Everything. She teaches nonfiction writing at Antioch University in Los Angeles and returns every summer to teach in the Iowa Summer Writing Festival. Robin Hemley is writer-in-residence and director of the writing program at Yale-NUS College in Singapore. He served as director of Iowa's Nonfiction Writing Program from 2004 to 2013. He is the award-winning author of eleven books of nonfiction and fiction, most recently Do Over and A Field Guide for Immersion Writing.

"Not only is this an anthology of some of the best essays that have been written in the United States over the last three decades but it is also a well-planned writing textbook. The editors are astute, talented, and experienced and the essays are wonderful. This is an important book."--Ned Stuckey-French, author of The American Essay in the American Century "Those of us who craft stories without inventing them as fiction writers do, or who pursue elusive ideas through the labyrinths of essays, or who speak in personal voices about public issues and shared mysteries--all of us in this tribe of truth-seekers owe a debt of gratitude to the scholars, teachers, and writers in the Iowa Nonfiction Writing Program. They are pioneers, and talented ones. The fruits of their endeavors are on display here, in a collection that suggests the broad range of styles and subjects of this versatile genre."--Scott Russell Sanders, author of Earth Works: Selected Essays "Varied and stunning. . . . This expertly curated anthology holds abundant value for the student of writing and lover of literature alike."--Publishers Weekly "Essays like these do something fiction cannot: speak precisely individual truths. Yes, fiction speaks universal truths, but the essay, at its best, addresses the singular event, the author's experience. . . . We are a species that longs for stories. We are also a species that longs for the truth. Both are found, here."--PopMatters "I figured this would be just 'the best of' NWP essays, but it was far better. Hope Edelman and Robin Hemley curated this volume of innovative writing by tracking down eighteen essays that began at NWP, but were reworked and rewritten years later. Most helpful to me were the writers' candid 'after' comments. They traced the essay's many steps, from the initial idea, to technique decisions (form, voice, tone, and point of view), to feedback, and then, ultimately, to revision. I found the writers' comments insightful, because as thrilling as writing can be, truth is, it can also be a slog."--Brevity "I'll Tell You Mine presents some of the country's most exciting young essayists. Though their roots are in Iowa, their reach as innovators extends far into the realm of American letters today. This collection of work from their MFA days, and after, reveals the robust health of both the essay--in all its capacious forms--and the program itself."--Lia Purpura, author of Rough Likeness "While these essays are uniformly absorbing and artful, there's nothing uniform about the variety of sensibilities and styles showcased in I'll Tell You Mine. From the chonological to the collaged, from the political to the personal, each contributor suceeds in creating a vital and persuasive version of the world. Many of my favorite writers appear in these pages, and many others possess voices I look forward to investigating further. A rewarding and necessary collection."--Bernard Cooper, author of My Avant-Garde Education