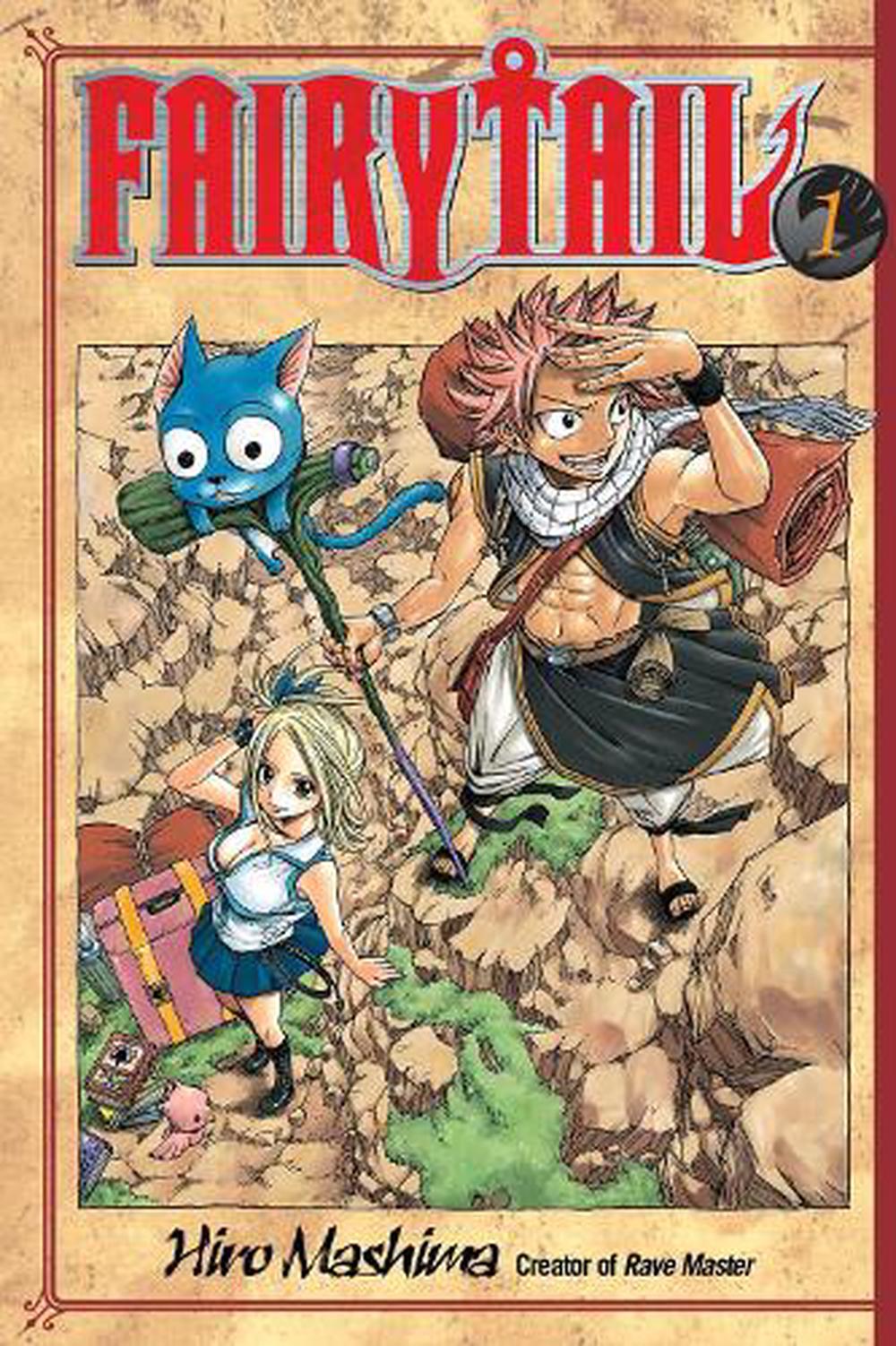 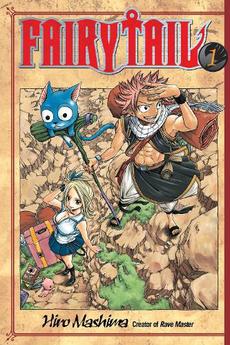 17-year-old Lucy is an attractive mage-in-training who wants to join a magician's guild so that she can become a full-fledged magician. The guild she dreams about joining is the most famous in the world and it is known as the Fairy Tail. One day she meets Natsu, a boy raised by a Dragon who mysteriously left him when he was young. Natsu has devoted his life to finding his Dragon father. When Natsu helps Lucy out of a tricky situation, she discovers that he is a member of the Fairy Tail magician's guild and our heroes' adventure together begins.

Hiro Mashima was born in Nagano, Japan on May 3, 1977. He created RAVE for Weekly Shonen magazine in 1998 when he was just 21 years old, and in 4 short years the series has already spawned 18 volumes, 3 guide books, a hit anime series, 2 console video games, merchandise, and has been licensed around the world. Mashima-san is quite fond of his hair (he cuts it himself and constantly changes its color). He hates caterpillars (don't ask why) and any that get in his path are just asking to be squashed. Oh yeah, and his blood type is B.