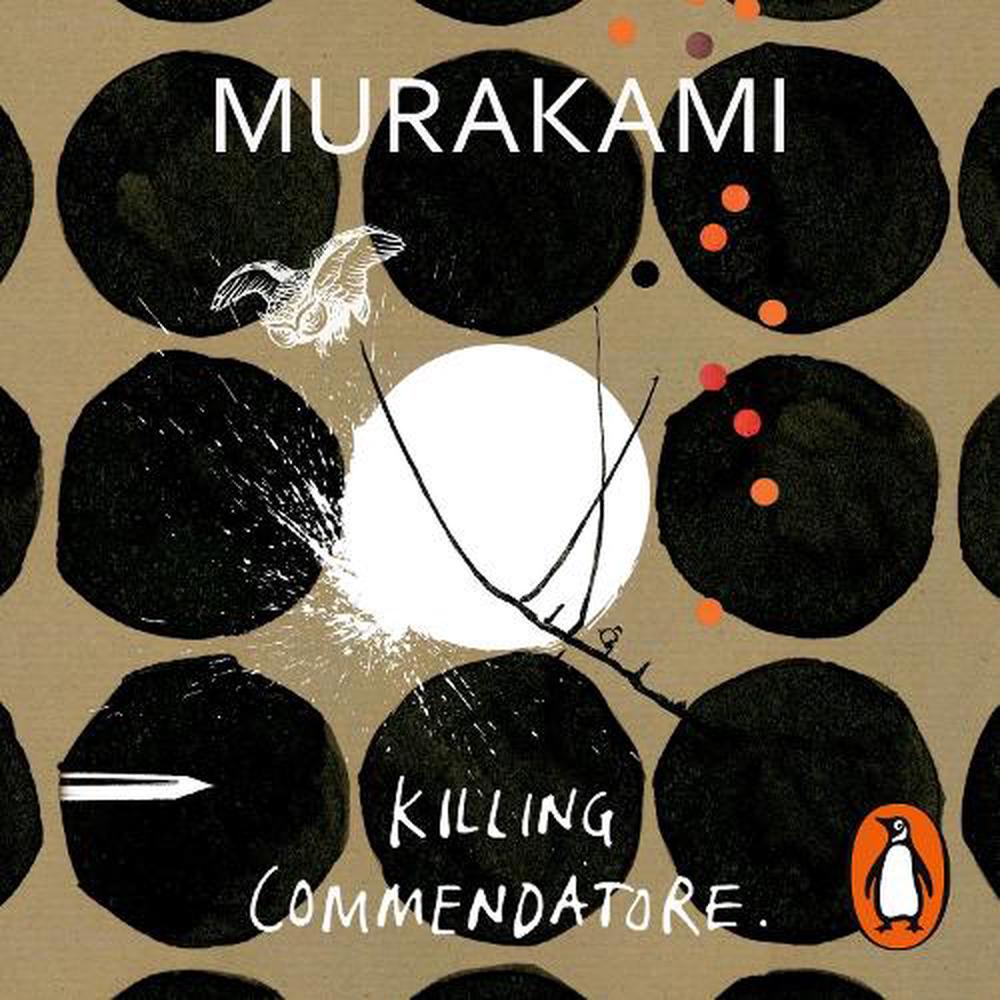 The epic new novel from the internationally acclaimed and best-selling author of 1Q84.

In Killing Commendatore, a thirty-something portrait painter in Tokyo is abandoned by his wife and finds himself holed up in the mountain home of a famous artist, Tomohiko Amada. When he discovers a strange painting in the attic, he unintentionally opens a circle of mysterious circumstances. To close it, he must complete a journey that involves a mysterious ringing bell, a two-foot-high physical manifestation of an Idea, a dapper businessman who lives across the valley, a precocious thirteen-year-old girl, a Nazi assassination attempt during World War II in Vienna, a pit in the woods behind the artist's home, and an underworld haunted by Double Metaphors.

A tour de force of love and loneliness, war and art - as well as a loving homage to The Great Gatsby - Killing Commendatore is a stunning work of imagination from one of our greatest writers.

In 1978, Haruki Murakami was 29 and running a jazz bar in downtown Tokyo. One April day, the impulse to write a novel came to him suddenly while watching a baseball game. That first novel, Hear the Wind Sing, won a new writers' award and was published the following year. More followed, including A Wild Sheep Chase and Hard-Boiled Wonderland and the End of the World, but it was Norwegian Wood, published in 1987, which turned Murakami from a writer into a phenomenon. His books became bestsellers, were translated into many languages, including English, and the door was thrown wide open to Murakami's unique and addictive fictional universe.

Murakami writes with admirable discipline, producing ten pages a day, after which he runs ten kilometres (he began long-distance running in 1982 and has participated in numerous marathons and races), works on translations, and then reads, listens to records and cooks. His passions colour his non-fiction output, from What I Talk About When I Talk About Running to Absolutely On Music, and they also seep into his novels and short stories, providing quotidian moments in his otherwise freewheeling flights of imaginative inquiry. In works such as The Wind-Up Bird Chronicle, 1Q84 and Men Without Women, his distinctive blend of the mysterious and the everyday, of melancholy and humour, continues to enchant readers, ensuring Murakami's place as one of the world's most acclaimed and well-loved writers.

Expansive and intricate . . . touches on many of the themes familiar in Mr. Murakami's novels: the mystery of romantic love, the weight of history, the transcendence of art, the search for elusive things just outside our grasp New York Times Exhilarating. . . . Only in the calm madness of his magical realism can Murakami truly capture one of his obsessions, the usually ineffable yearning that drives a person to make art Washington Post Wild, thrilling. . . Murakami is a master storyteller and he knows how to keep us hooked Sunday Times Murakami's reality has many sides; some plain, some fancy. Translators Philip Gabriel and Ted Goossen capture every colour on this mind-altering palette. No other author mixes domestic, fantastic and esoteric elements into such weirdly bewitching shades. Murakami's "Land of Metaphor" remains a country where wonders never cease -- Boyd Tonkin Financial Times It's safe to say that there's no one like Murakami Literary Review