Passing Through the Gateless Barrier: Koan Practice for Real Life 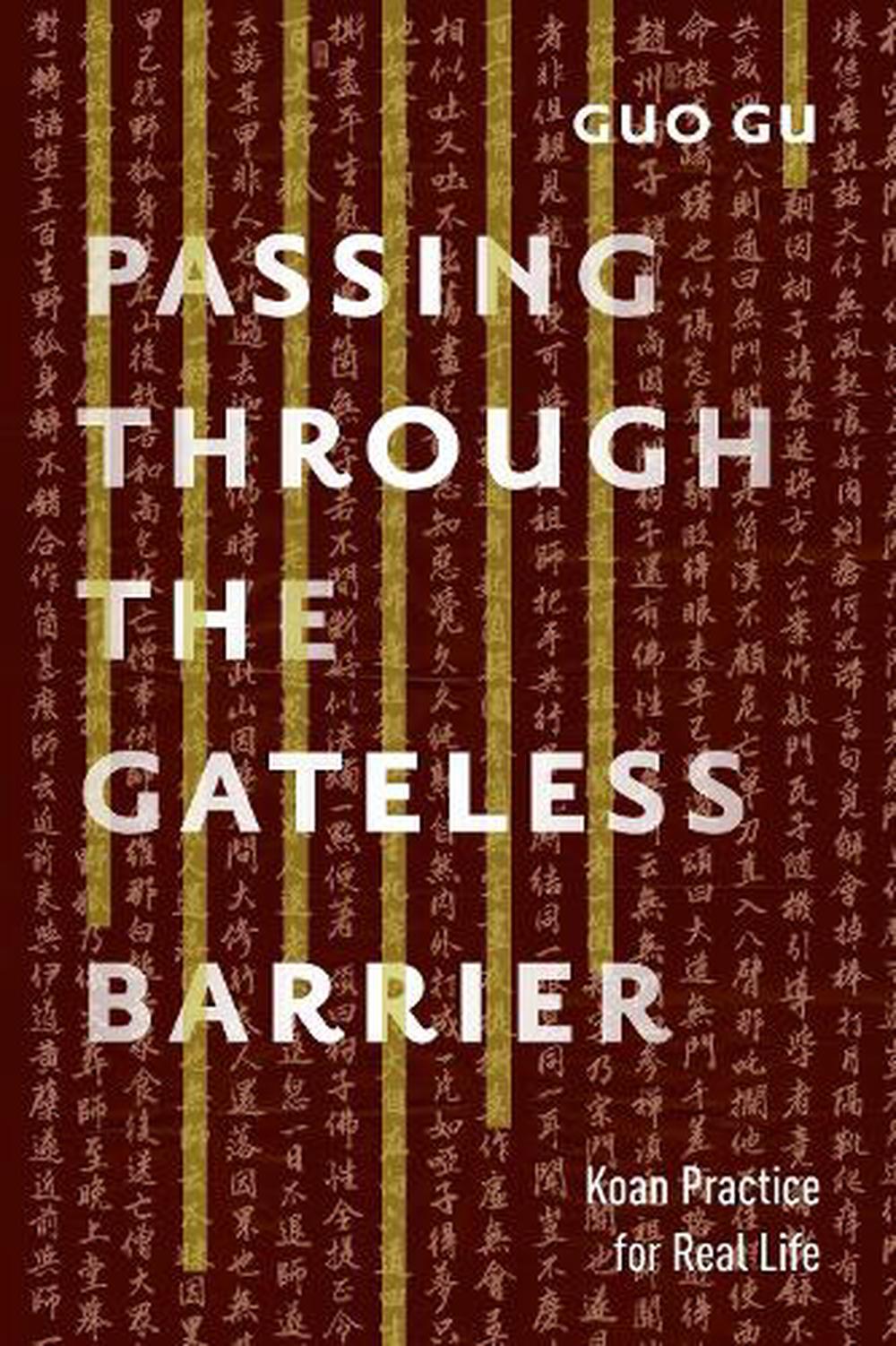 For more than eight centuries the Gateless Barrier has been studied by Zen (or Chan) practitioners in order to bring about meditative realizations about the nature of ultimate reality. Compiled by Chan Master Wumen Huikai in the thirteenth century, the Gateless Barrier (Chinese- Wumen guan; Japanese- Mumonkan) is a collection of forty-eight koans--stories of the sayings and actions of Chan Masters in which they freely and directly express their enlightened experience. This fresh English translation by Guo Gu--the first from a Chinese Chan teacher--is one of the most accessible to date, and his commentary brings new life to these classic teachings.

GUO GU (Dr. Jimmy Yu) is one of the late Master Sheng Yen's senior and closest disciples. He assisted Master Sheng Yen (1930-2009) in leading intensive retreats throughout the United States, Europe, and Asia. Guo Gu also edited and translated a number of Master Sheng Yen's books from Chinese to English. Guo Gu first learned meditation at the age of four from Master Guangqin (1892-1986), one of the most respected Taiwanese meditation masters. In 1982, Guo Gu began meditation practice with Master Sheng Yen, and was eventually ordained a monk. He became Sheng Yen's first personal attendant and translator, traveling worldwide with him. In 1995, he received inka (the seal of approval) for his first Chan experience, and was given permission by Master Sheng Yen to teach Chan independently. In 2000, Guo Gu left monasticism and re-entered lay life. He received his PhD in Buddhist Studies from Princeton University and is now teaching Buddhism and East Asian religions academically as an assistant professor at Florida State University, Tallahassee. He founded the Tallahassee Chan Group and is also the guiding teacher for the Western Dharma Teachers Training course at the Chan Meditation Center in New York and the Dharma Drum Lineage. He is the author of the eBook single The Essence of Chan.

"A must-read book on a classic text. Zen is originally a Chinese tradition, and Guo Gu brings the ancient spirit of the old masters alive right now. There is an expansiveness, ease, and practicality that makes the ancient text encouraging, and it's imaginative and hip too. A pleasure to read. "--John Tarrant, author of Bring Me the Rhinoceros

"Many translations of these ancient and profound teachings from a Japanese Zen perspective already exist. Why another one? We are fortunate to have this first Chan translation directly from the Chinese. In addition, Guo Gu's beautifully written commentary includes insights from long ago that are of immense help as we reflect on how we actually live today. An invaluable guide for all meditators. "--Larry Rosenberg, author of Three Steps to Awakening

"A very helpful guide to the investigation of the Zen koan from a perspective not yet widely known in the West. Guo Gu is a worthy heir to the great Chan master Sheng Yen. He provides lucid comments on each of the cases in the classic koan collection the Gateless Gate, inviting us into our own intimate encounter with Zen's ancestors and our own personal experience of the great matter of life and death. Anyone interested in understanding what a koan really is, how it can be used, and how it uses us, will be informed and enriched by this book. I highly recommend it. "--James Ishmael Ford, author of If You're Lucky, Your Heart Will Break: Field Notes from a Zen Life

"Guo Gu's translation of The Gateless Barrier and his commentary reveal a fresh, eminently practical approach to the famous text. Reminding again and again that it is the reader's own spiritual affairs to which each koan points, Guo Gu writes with both broad erudition and the profound insight of a Chan practitioner. In this way, he reveals himself to be a worthy inheritor of his late Master Sheng Yen's teachings. Zen students, called upon to give life to these koans within their own practice, will find Passing Through the Gateless Barrier a precious resource. "--Meido Moore, abbot of Korinji Zen monastery