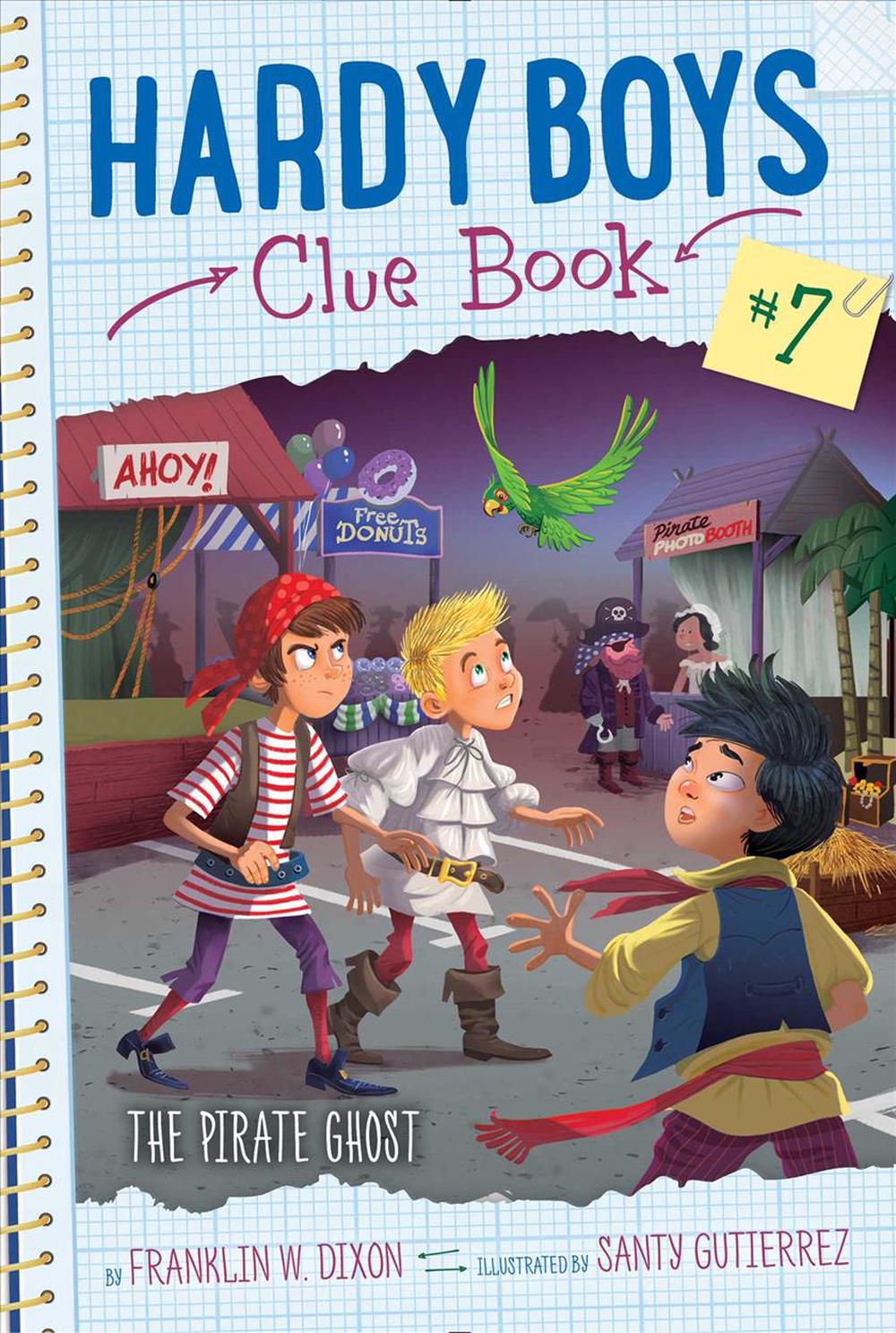 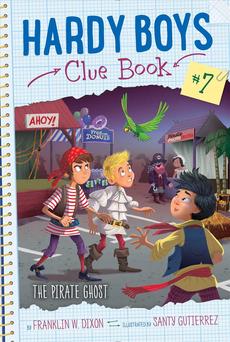 ISBN: 9781481488723
ANNOTATION:
Detective brothers Frank and Joe work to uncover a pirate ghost hoax in the seventh installment of this interactive series. Illustrations.
$13.65
Or pay later with

Detective brothers Frank and Joe work to uncover a pirate ghost hoax in the seventh installment of this interactive series. Illustrations.

The Hardy Boys are super excited when their friend Jason Wang wins the "Talk Like a Pirate Contest" at Bayport's annual Pirate Palooza. Jason's prize is a map to the legendary pirate, Captain Scurvydog's buried treasure. Expert detectives Frank and Joe offer to help him find it.

But the next day, Jason tells the brothers that he won't be doing any treasure hunting. He says the ghost of Captain Scurvydog has been haunting him; his parrot is singing pirate songs he's never been taught, pirate coins appeared on his windowsill, and there's a mysterious note in a bottle warning Jason to stay away from buried treasure. To Jason, the message is clear: stay away from Captain Scurvydog's booty! Frank and Joe don't believe in ghosts. They're sure someone is tricking Jason so they can dig up the buried treasure themselves. The only question is, who?

Santy Gutierrez resides in the seaside city of La Coruna, Spain. He has won acclaim as the Best Spanish Young Editorial Cartoonist and Best Galician Caricaturist, among others.

The Pirate Ghost Chapter 1 TALK AND SQUAWK "Arrgh, you bilge-sucking scalawags!" Chet Morton growled. He lowered his pirate eye patch to give a wink. "All hands on doughnuts!" Eight-year-old Joe was dressed like a pirate too in a puffy shirt. "How could pirates dig for buried treasure in itchy shirts like this?" he asked. "It's Pirate Palooza Day in Bayport, Joe," Frank said as he straightened his pirate bandanna. "Whoever comes to the festival after school dressed like a pirate--"