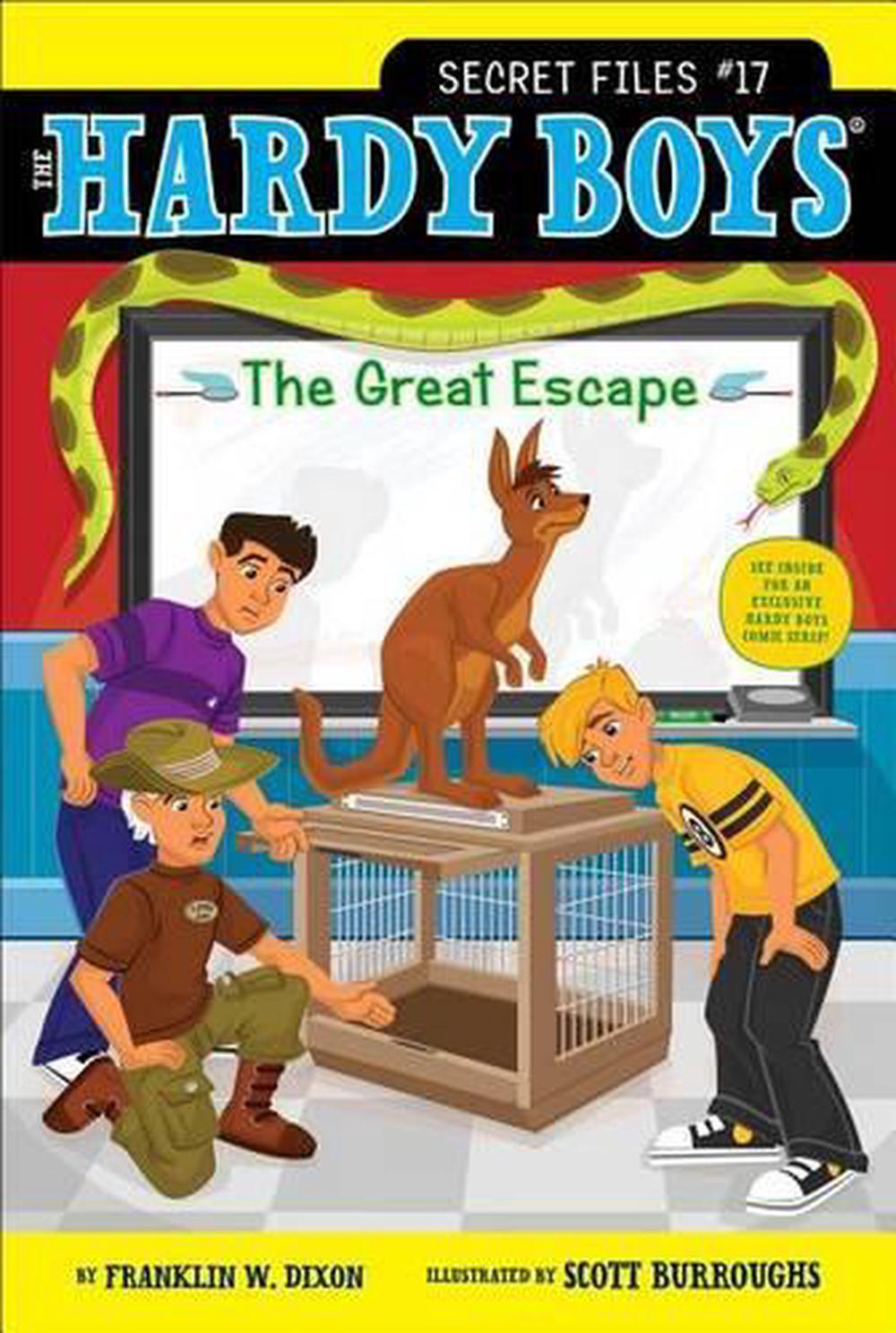 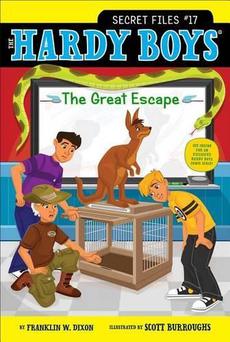 When wildlife celebrities come to Bayport Elementary, Frank and Joe are soon on the case of a missing snake in this Hardy Brothers Secret Files adventure.

Jumpin' Jack and his son, Little Jim, have been on television for years, taming tigers and wrestling alligators, but now they're bringing their traveling menagerie to schools-and Bayport Elementary is next!

During the event, they show students a baby kangaroo, a boa constrictor, a flying squirrel and other exotic animals. Frank, Joe, and their friends are all having a great time, until they realize Bubba the Boa is missing! He's not in his cage or in Jack's giant van. Can they figure out what happened to this slippery snake before it's too late?

The Great Escape 1 Welcome, Jumpin'' Jack! Did you hear that Channel Eleven News is going to be here tonight?" Frank Hardy, holding jungle scenery in both hands, squeezed through the back curtains of the stage in the Bayport Elementary auditorium. The giant wooden tree he was carrying was heavy. His whole face was red. Luckily, his brother, Joe Hardy, was holding on to the other side of it, helping Frank set it down at the back of the stage. Suddenly it looked as if they were lost in a forest. "It''s the biggest news story this year!" Joe exclaimed. He pointed to a newspaper that was lying offstage. The headline read STARS OF THE HIT TELEVISION SHOW CRAZY CRITTERS COME TO BAYPORT ELEMENTARY! Frank wiped the sweat from his forehead. "I wonder if Jumpin'' Jack is as crazy in real life as he is on his show--" "Of course he is!" Chet Morton called from the front of the stage. He was kneeling down, painting a giant sign with Cissy Zerme