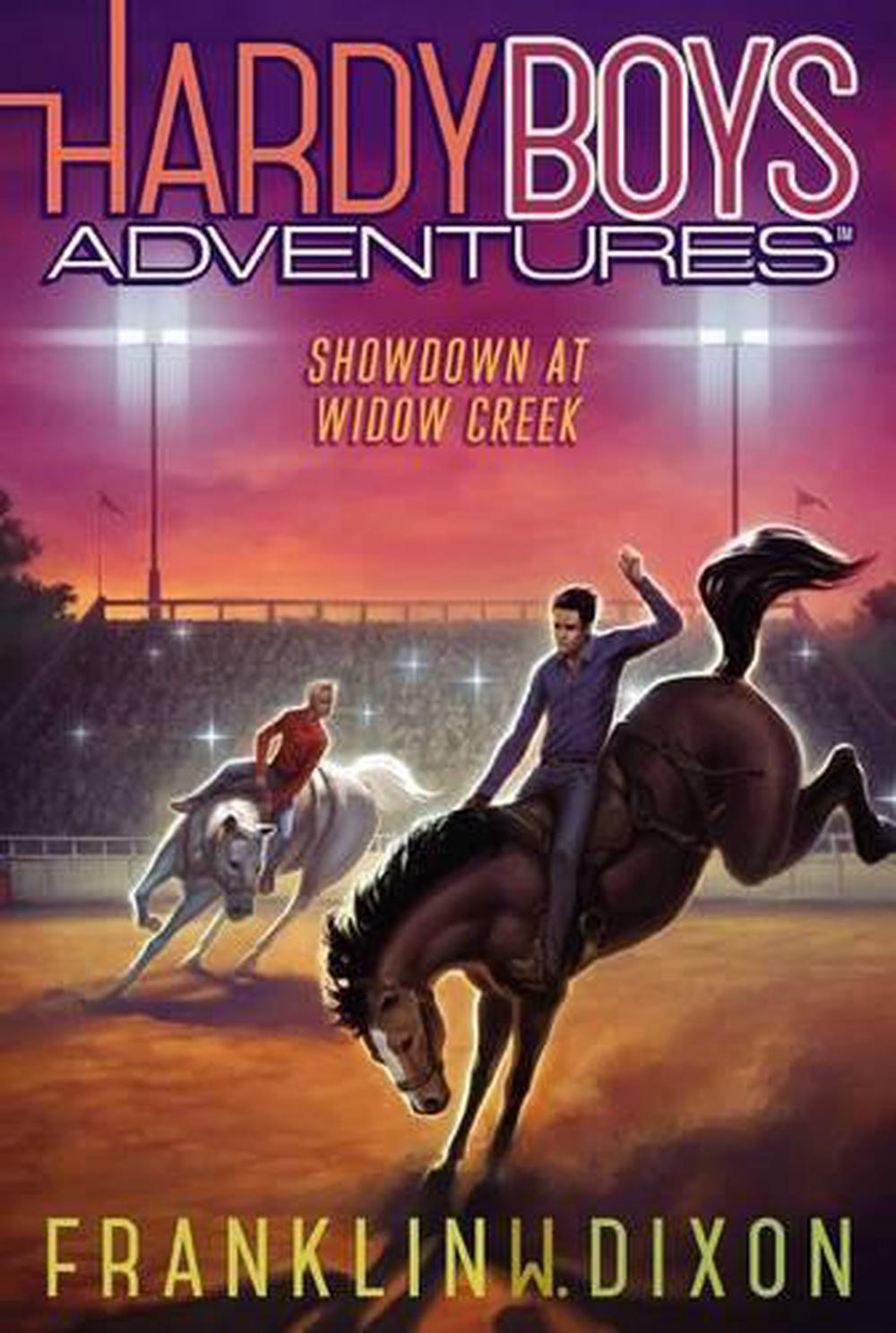 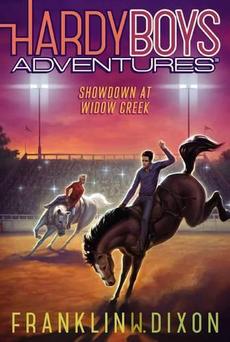 Frank and Joe find themselves in a cattle-rustling tussle when a prized horse is snatched from a nearby ranch in this exciting Hardy Boys equestrian adventure.

The Wild West hits the East Coast when Welch's Annual Rodeo and Wild West Show arrives in Bayport. Frank and Joe are enjoying the show's historic reenactments, rodeo events, and even an exhibition of the Welch family's prize-winning horse, Hondo.

When the brothers catch several ranch hands trying to steal Hondo, they manage to stop it. Though very grateful for their intervention, the Welch family is now shorthanded for the cattle drive back to their dude ranch! So Chief Olaf "volunteers" the Hardys to help out.

The brothers' long-dormant horse-riding skills slowly come back to them as they make their way down the quiet rural roads toward the ranch. But as they're finally getting the hang of it, a group of dirt bike-riding cattle rustlers surround the herd-and take Hondo!

Will the Hardy Boys lasso the horse thieves-or will this be their final showdown?

Showdown at Widow Creek 1 THE HOLDUP FRANK TWO MASKED BANDITS DREW THEIR pistols as they closed in on a stagecoach. The lead desperado steadied himself in the saddle as he took careful aim at his target. The second did the same. Their pistols roared in unison as their horses galloped through white clouds of gun smoke. "Heeyah!" shouted the driver. The portly man shook the reins, urging his four horses to run faster. He chanced a glance over his shoulder at the approaching outlaws. The driver turned back and shook the reins harder. The man sitting next to the driver spun in his seat and aimed a shotgun at the villains. The gun roared, and flames erupted from both barrels. One of the gunmen flew from his saddle; the masked man tumbled to the ground. "And that''s why they call it ''riding shotgun,''?" my brother, Joe, announced. I rolled my eyes. "I know." The other outlaw aimed his six-shooter and fired. The man riding shotgun dropped his weapon and fell from the top of the stage. He rolled to a stop in the soft dirt as the chase passed him by. When the bandit fired again, the driver went down. The man slumped forward, dropping his reins. Now the stagecoach was running wild with no one to steer or stop it. Suddenly one of the coach doors flew open. A cowboy wearing a white hat leaned out and blasted a six-shooter of his own. The remaining outlaw tumbled off the back of his horse. "Ah! That''s the good guy," said Joe. "You can tell because he''s wearing a white hat." I shushed him. "Do you mind?" The cowboy holstered his pistol and climbed out of the cab. He scrambled up to the stagecoach''s roof and made his way to the front. Without hesitation, the cowboy leaped onto the back of one of the coach''s horses, then carefully stepped onto the rigging between the galloping steeds. Crouching low, he worked his way forward and grabbed the reins. He leaned back and pulled hard on the leather straps. Soon the runaway coach pulled to a complete stop. The audience erupted in applause. Joe and I joined in as the cowboy hopped to the ground and gave a long bow. "I knew he''d stop the runaway coach," said Joe. "The good guy always wins." Joe and I weren''t sitting in a movie theater watching a western, though it felt like we were. (My brother likes to make comments throughout movies too, which drives me nuts.) No--Joe, Mom, Dad, Aunt Trudy, and I were sitting with most of Bayport in the bleachers of the high school stadium. We had the rare treat of watching Wally Welch''s Rodeo and Wild West Show. "Let''s have another big round of applause for our players," boomed the announcer''s voice. "And if you want to throw in a couple of yee-haws, we won''t hold it against ya!" Several members of the audience were happy to oblige, including my brother. The two outlaws, already back on their horses, waved to the cheering spectators. The man riding shotgun had climbed back onto the coach and waved as well. The hero cowboy sat on the back of one of the horses and tipped his white hat to the crowd. "And don''t worry, folks, our driver is just fine," the announcer continued. "In fact, that''s none other than our head honcho himself, Mr. Wally Welch!" The driver came out of his slump, reins in hand. "Yee-haw!" he shouted as he slapped the reins onto the horses'' backs. The animals bolted forward into a gallop, pulling the stagecoach around the stadium in a victory lap. As it passed the bleachers, Wally Welch waved to the crowd, a wide grin spread across his gray-bearded face. The stagecoach had never been in danger of running wild. During the entire chase, it had made the same wide circle around the dirt-covered center of the stadium. The entire field had been modified for the event. Truckloads of dirt had been carted in, and temporary metal fence panels surrounded the area. A couple of cowboys swung open two of those