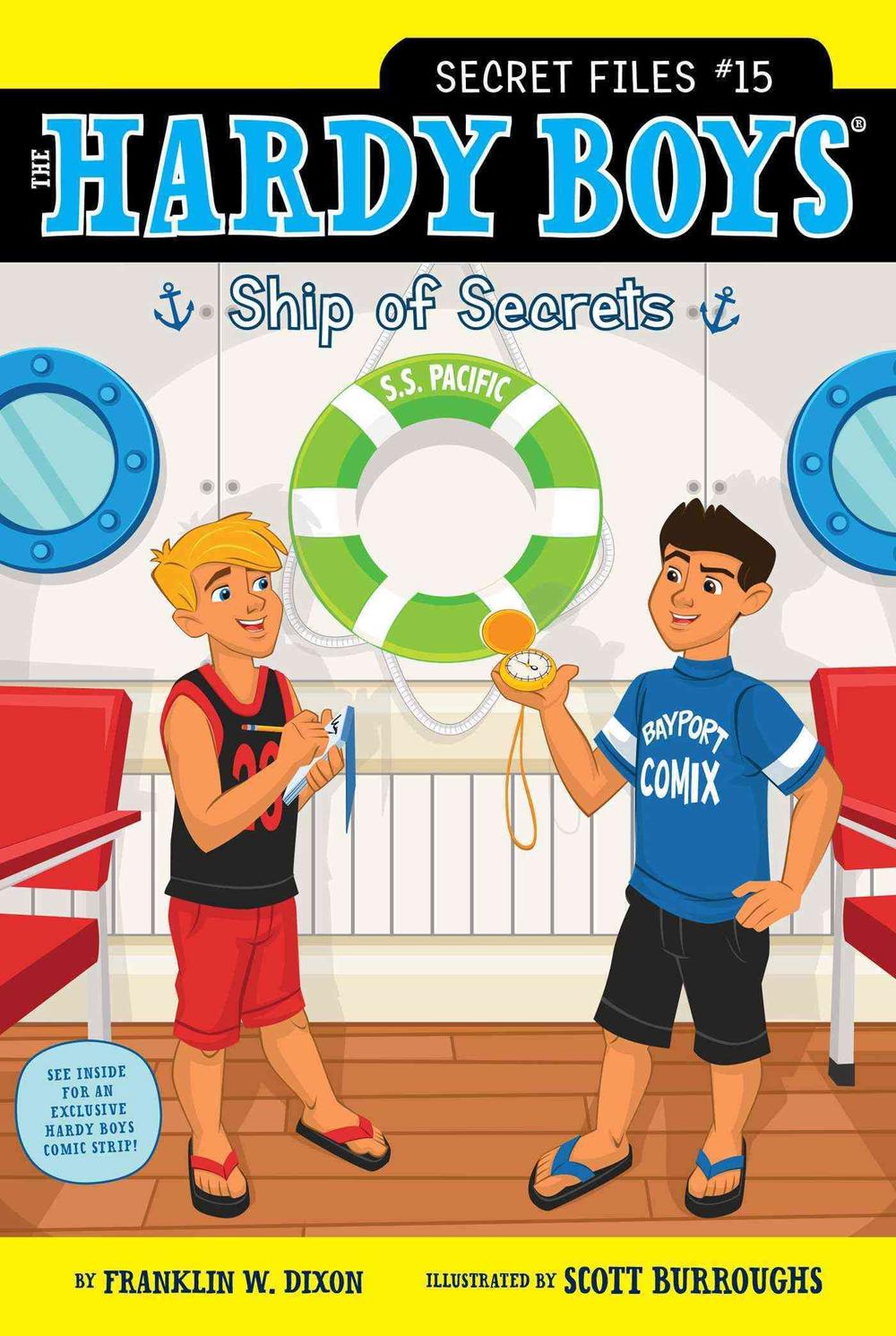 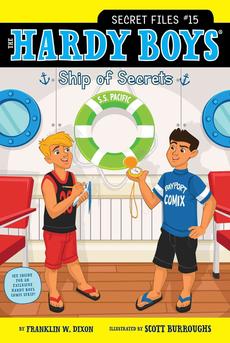 Frank and Joe solve a mystery on the high seas in this Hardy Brothers Secret Files adventure.

It's finally summer vacation, and the Hardy family is headed on a cruise to the Caribbean. As they board the ship with their parents, Frank and Joe can't believe all the fun that's in store for them. There are three-story slides, playgrounds, ball pits, four pools, and an arcade. There are concerts and magic shows at night, while jugglers and clowns wander the deck during the day.

In addition to all of the fun, the Hardys discover that former pop idol and lead singer of the Lightening Bolts, Izzy, is now performing on the ship. That night, as the family eats dinner, they hear a commotion at the other end of the massive dining room. Someone has stolen a very valuable and sentimental pocket watch from Izzy. Can Joe and Frank solve the case before the ship docks in the first harbor? Or will time run out on this case?