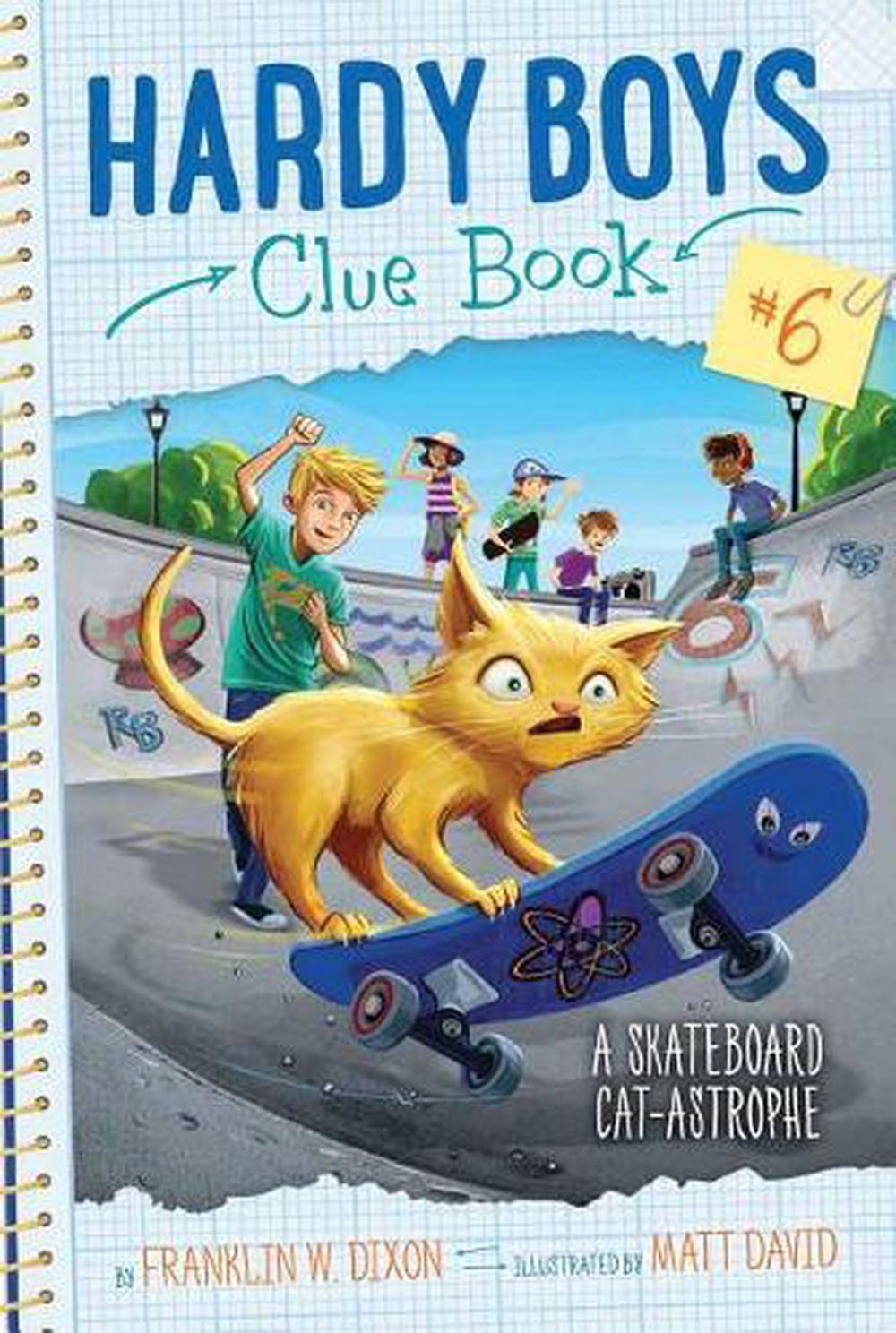 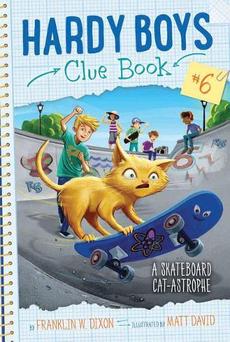 Detective brothers Frank and Joe must figure out who sabotaged Skeeter the Skateboarding Cat in the sixth book in the interactive Hardy Boys Clue Book series. Everyone in Bayport is talking about the first annual skateboard contest. The winner gets free mac and cheese balls from The Easy Cheesy food truck for the whole year! Frank and Joe just wish there was someone to beat the school's biggest bully, and best skateboarder, Diesel Diffendorfer. Then their best friend Chet shows them a video of Skeeter the skateboarding cat...a cat that happens to belong to the new kid in town, Carlos Martinez. Suddenly, a plan is hatched. Carlos agrees to enter Skeeter, in the contest. Who wouldn't want free mac and cheese for a year? But just when Skeeter hits his final trick, a mouse runs across his path! Distracted, Skeeter hops off his skateboard and chases after his furry foe. When Frank and Joe run to catch him, they discover the mouse was a toy. Could someone have sabotaged Skeeter's big day? It's up to the Hardy Boys--and you--to find out!

Franklin W. Dixon is the author of the ever-popular Hardy Boys books. Matt David part time illustrator full time clue finder, lives and works in San Francisco. He solves mysteries with his trusty pencil and the help of his wife, son, and clever cat.