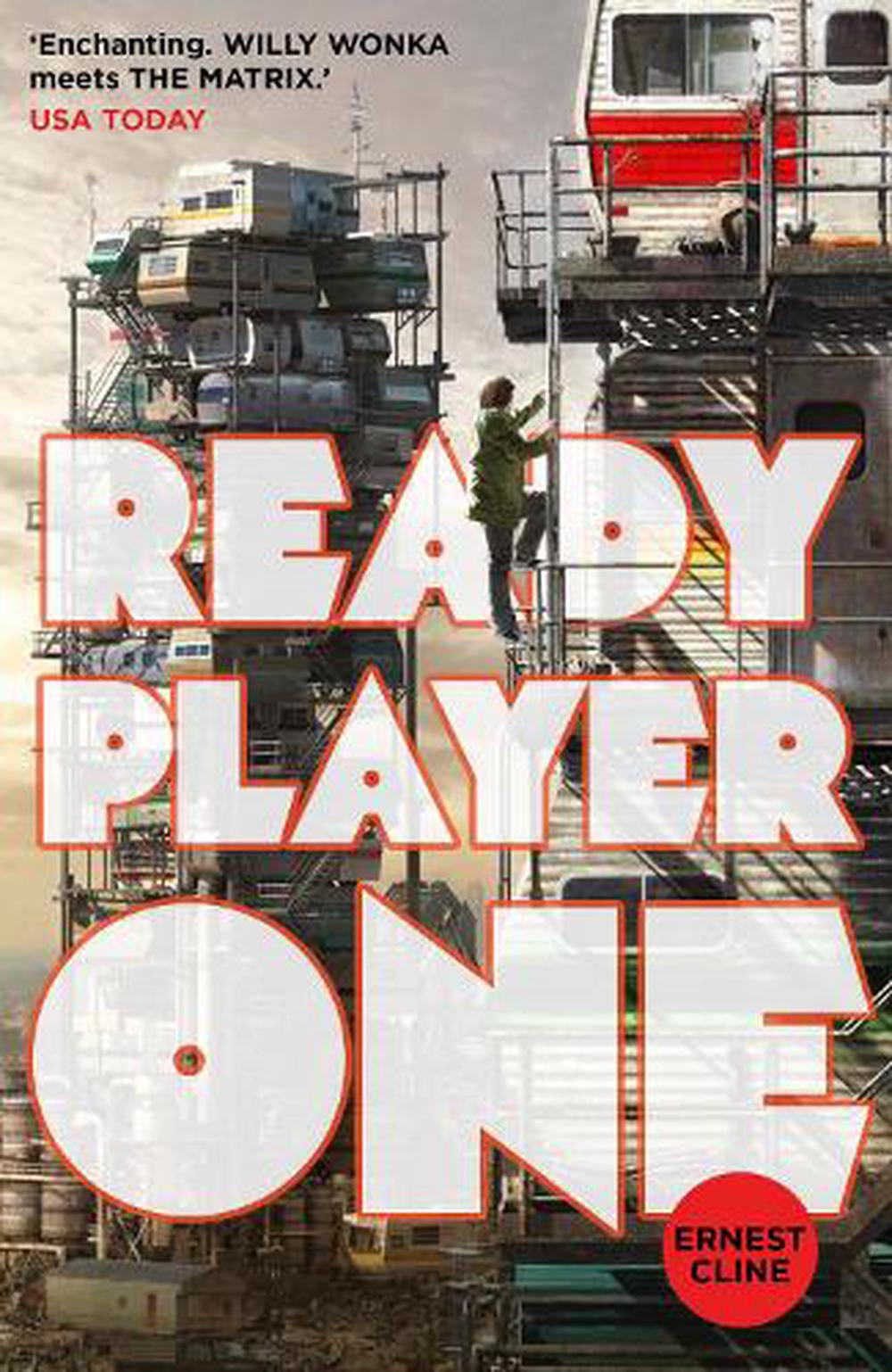 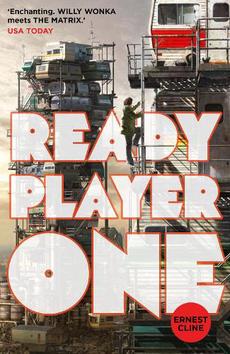 PUBLISHED: 5th April 2012
ISBN: 9780099560432
ANNOTATION:
Famine, poverty, and disease are widespread. Like most of humanity, Wade Watts escapes this depressing reality by spending his waking hours jacked into the OASIS, a sprawling virtual utopia where you can be anything you want to be, where you can live and play and fall in love on any of ten thousand planets.
(1 review)
$20.73
Or pay later with

Famine, poverty, and disease are widespread. Like most of humanity, Wade Watts escapes this depressing reality by spending his waking hours jacked into the OASIS, a sprawling virtual utopia where you can be anything you want to be, where you can live and play and fall in love on any of ten thousand planets.

A world at stake. A quest for the ultimate prize. Are you ready?

It's the year 2044, and the real world has become an ugly place. We're out of oil. We've wrecked the climate. Famine, poverty, and disease are widespread.

Like most of humanity, Wade Watts escapes this depressing reality by spending his waking hours jacked into the OASIS, a sprawling virtual utopia where you can be anything you want to be, where you can live and play and fall in love on any of ten thousand planets. And like most of humanity, Wade is obsessed by the ultimate lottery ticket that lies concealed within this alternate reality- OASIS founder James Halliday, who dies with no heir, has promised that control of the OASIS - and his massive fortune - will go to the person who can solve the riddles he has left scattered throughout his creation.

For years, millions have struggled fruitlessly to attain this prize, knowing only that the riddles are based in the culture of the late twentieth century. And then Wade stumbles onto the key to the first puzzle.

Suddenly, he finds himself pitted against thousands of competitors in a desperate race to claim the ultimate prize, a chase that soon takes on terrifying real-world dimensions - and that will leave both Wade and his world profoundly changed.

If you loved READY PLAYER ONE and can't wait for more, check out ARMADA, Ernest Cline's latest geek masterpiece!

'Wildly original and stuffed with irresistible nostalgia, Ready Player One is a spectacularly genre-busting, ambitious, and charming debut' Independent

'Ernest Cline's novel deserves to be a modern classic' SciFiNow

ERNEST CLINE is an internationally best-selling novelist, screenwriter, father, and full-time geek. He is the author of the novels Ready Player One and Armada and co-screenwriter of the film adaptation of Ready Player One, directed by Steven Spielberg. His books have been published in over fifty countries and have spent more than 100 weeks on The New York Times Best Sellers list. He lives in Austin, Texas, with his family, a time-traveling DeLorean, and a large collection of classic video games.

Powerful and very timely message Guardian Ultimately entertaining, enthusiastic and enjoyable. A real must-have for any collection...a beautifully constructed piece of escapism which will pull you in with such vigour that you miss your train stop. Live Magazines This is one you need to read before EVERYONE knows about it! So Feminine In the safe hands of none other than Mr. Steven Spielberg, this is your last chance to read the book before the movie hype drowns out the written word. A mixed up dystopian fantasy adventure novel with more nods to 80's pop culture than even the biggest John Hughes fan will be able to handle, it's just a whole lot of fun to read 'Best books of 2015', All in London I would recommend this book in a heartbeat...young or old - it's just brilliant! Books4Teens.co.uk Totally awesome! Edinburgh Evening News Cline [crafts] a fresh and imaginative world from our old toy box ... Cline strikes the nerves of nerd culture as expertly as Andy played that skeleton organ in The Goonies Entertainment Weekly Cline's novel is a nerdcore odyssey; engaging and fun, this Gen-X popcult thrillride drew me in like a Galaxian machine set to free play. James Swallow Ready Player One is a fantastic adventure set in a futuristic world with a retro heart. Once I started reading, I didn't want to put it down and I couldn't wait to pick it back up S.G. Browne, author of Breathers and Fated Pleasingly geeky novel ... No wonder there are plans to make into a film Shortlist Completely fricking awesome...This book pleased every geeky bone in my geeky body. I felt like it was written just for me Patrick Rothfuss, #1 New York Times Bestselling author of The Wise Man's Fear I was blown away by this book...Ernie Cline has pulled the raddest of all magic tricks: he's managed to write a novel that's at once serious and playful, that is as fun to read as it is harrowing. A book of ideas, a potboiler, a game-within-a-novel, a serious science-fiction epic, a comic pop culture mash-up-call this novel what you will, but READY PLAYER ONE will defy every label you try to put on it. Here, finally, is this generation's NEUROMANCER Will Lavender, New York Times bestselling author of Obedience Pure geek heaven. Ernest Cline's hero competes in a virtual world with life-and-death stakes -- which is only fitting, because he's fighting to make his dreams into reality. Cline blends a dystopic future with meticulously detailed nostalgia to create a story that will resonate in the heart of every true nerd Chris Farnsworth, author of Blood Oath The pure, unfettered brainscream of a child of the 80s, like a dream my 13-year-old self would have had after bingeing on Pop Rocks and Coke...I couldn't put it down Charles Ardai, Edgar Award-winning author and producer of Haven Ready Player One expertly mines a copious vein of 1980s pop culture, catapulting the reader on a light-speed adventure in an advanced but backward-looking future. If this book were a living room, it would be wood-paneled. If it were shoes, it would be high-tops. And if it were a song, well, it would have to be Eye of the Tiger. I really, really loved it. Daniel H. Wilson, author of How to Survive a Robot Uprising and Robopocalypse This non-gamer loved every page of Ready Player One Charlaine Harris, #1 New York Times bestselling author Fascinating and imaginative...It's non-stop action when gamers must navigate clever puzzles and outwit determined enemies in a virtual world in order to save a real one. Readers are in for a wild ride Terry Brooks, #1 New York Times bestselling author Enchanting . . . Willy Wonka meets the Matrix. This novel undoubtedly qualifies Cline as the hottest geek on the planet right now. [But] you don't have to be a geek to get it USA Today The mystery and fantasy in this novel weaves itself in the most delightful way, and the details that make up Mr. Cline's world are simply astounding. Ready Player One has it all Huffington Post Ernest Cline's novel deserves to be a modern classic...the most relevant novel of the 21st Century to date -- Steve Wright SciFi Now The strength of Cline's first novel, other than its geeky referencing of 1980s pop culture, is the characterisation of the Candide-like Wade and his redemptive quest in both VR and the real world Guardian If you grew up with an Atari or maybe had a Commodore 64 back in the day, you are going to really enjoy this one. Cline really captures the feeling of those good old days in Ready Player One WIRED Gorgeously geeky, superbly entertaining, this really is a spectacularly successful debut Daily Mail A most excellent ride . . . the conceit is a smart one, and we happily root for [the heroes] on their quest . . . fully satisfying Boston Globe The science-fiction writer John Scalzi has aptly referred to Ready Player One as a 'nerdgasm' [and] there can be no better one-word description of this ardent fantasy artifact about fantasy culture...But Mr. Cline is able to incorporate his favourite toys and games into a perfectly accessible narrative -- Janet Maslin New York Times At once wildly original and stuffed with irresistible nostalgia, Ready Player One is a spectacularly genre-busting, ambitious, and charming debut-part quest novel, part love story, and part virtual space opera set in a universe where spell-slinging mages battle giant Japanese robots, entire planets are inspired byBlade Runner, and flying DeLoreans achieve light speed -- Justin Trudeau Independent

Loved the book. The premise was original and engendered a sense of nostalgia from the old games and movies
By Jennie