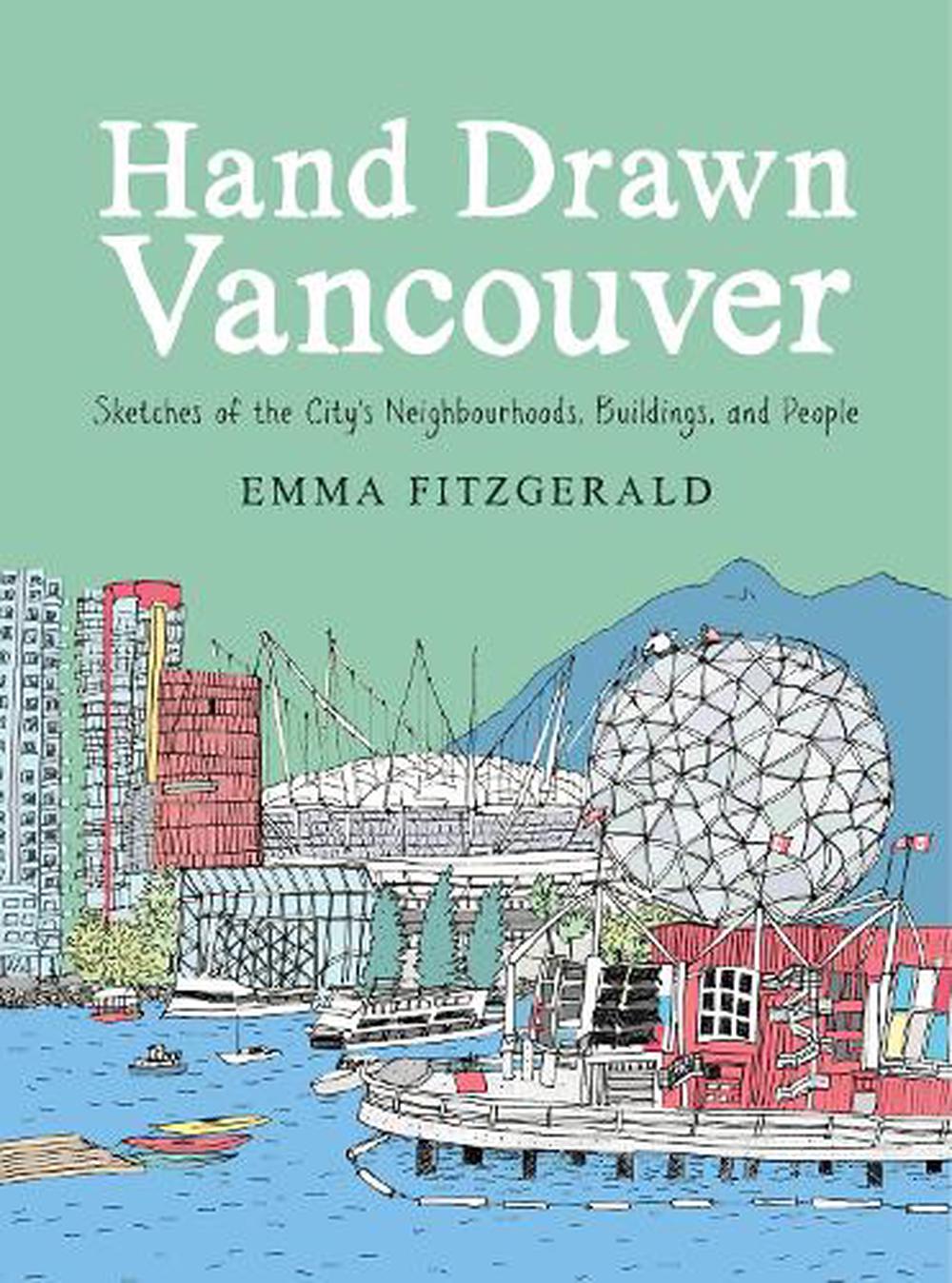 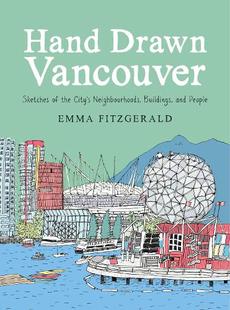 Take a tour of Vancouver's sights and sidewalks with Emma FitzGerald's hand-drawn impressions of her hometown, a city filled with stories--funny, surprising, and sometimes dark--amidst the cherry blossoms, beaches, and forests. Included are more than 100 sketches completed on location that, together, capture the essence of Vancouver. From Stanley Park's seawall to Kitsilano's salt-water swimming pool, and East Van's first craft brewery to the ferries in Horseshoe Bay, Hand Drawn Vancouver is a love letter to this beautiful and iconic city.

EMMA FITZGERALD was born to Irish parents in Lesotho, a small mountainous kingdom in Southern Africa. She moved to Canada at a young age and spent most of her childhood in Vancouver, BC. These early travels have instilled in her a keen interest in people and places.

Emma received a BFA in Visual Art from the University of British Columbia in 2004, and a Masters in Architecture from Dalhousie University in 2008. She has worked in architecture offices across Canada and in Johannesburg, South Africa. Her art practice is characterized by on-site drawing, place-based research, and a sense of the poetic.

Praise for Emma FitzGerald "FitzGerald has carved out her own niche as an artist who draws cities and buildings and special places, as a chronicler of the history of communities, a teller of stories of lives spent in particular places."--Lisa Cochrane, The Chronicle Herald

"The immediacy of her sketches and endearing subject matter will appeal to any inquisitive armchair traveler or urban sketcher."--Murray Dewhurst, Urban Sketcher

From the Introduction I moved to North Vancouver aged seven. I was no stranger to moving by the time we arrived, so it wasn't a surprise when soon after settling in, we moved again to West Vancouver. Or that I later attended high school on the west side of Vancouver, all the way over two sets of bridges. My daily commute to school, an hour each way in the backseat of the car, was an education in the geography of the city. We passed through Dundarave and Ambleside, stalled in traffic at Park Royal, went over the Capilano River Reserve while crossing the Lions Gate Bridge, and then were momentarily surrounded by trees in Stanley Park. It was often a quick drive through the West End and Downtown, seemingly before anyone else was awake, then over the Burrard or sometimes Granville Bridge, through Kitsilano, all the way to Dunbar--only to do it all in reverse at the end of the day. Looking out of the window, I discovered that each neighbourhoood had its own unique architecture and population, and they became endlessly interesting to me. Later, while studying Visual Art at the University of British Columbia, just past Point Grey, I spent more of my free time on Commercial Drive and Main Street. I taught art classes on Granville Island and in Strathcona, and even painted a mural in Hastings Sunrise. The more I explored Vancouver, the more my understanding of it grew. After my undergrad I moved to Nova Scotia, where I wrote and illustrated two books based there. Returning to Vancouver after fourteen years of living away, I relearned the city in the process of making this book. Instead of visiting an archive, my research was conducted on the city's streets, with pen and paper in hand. Sketching on location is a way of learning a place--not just its sights, but also its smells and sounds as the world continues its hum around me. I was drawn to places where community naturally forms, as well as the places that had left a mark on me, knowing that if they had survived the passage of time, they must be special to others as well.