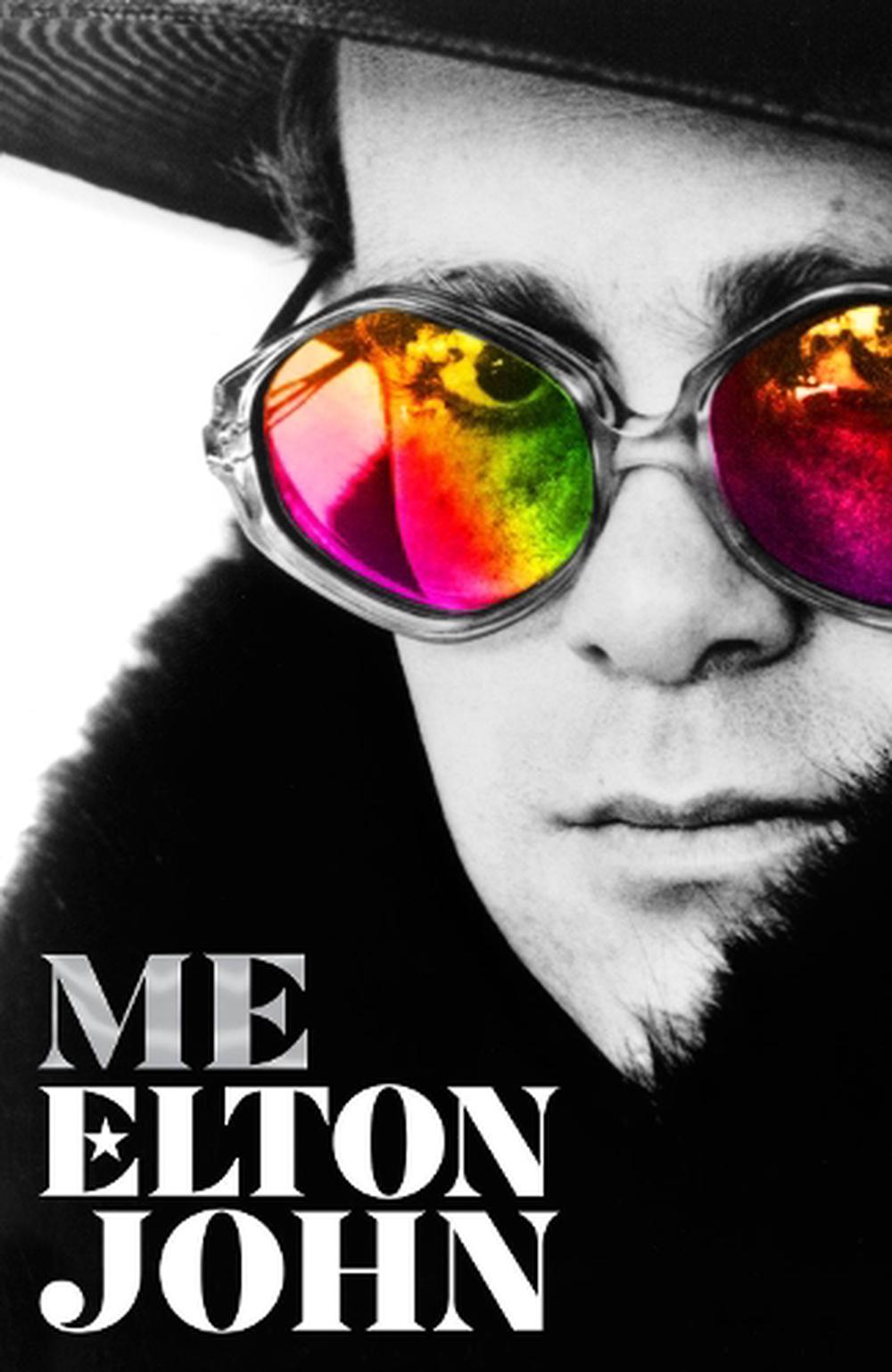 Coming in October 2019, the first and only official autobiography of a much-loved global icon.

In his first and only official autobiography, music icon Elton John reveals the truth about his extraordinary life, which is also the subject of the smash-hit film Rocketman. The result is Me - the joyously funny, honest and moving story of the most enduringly successful singer/songwriter of all time.

Christened Reginald Dwight, he was a shy boy with Buddy Holly glasses who grew up in the London suburb of Pinner and dreamed of becoming a pop star. By the age of twenty-three, he was on his first tour of America, facing an astonished audience in his tight silver hotpants, bare legs and a T-shirt with ROCK AND ROLL emblazoned across it in sequins. Elton John had arrived and the music world would never be the same again.

His life has been full of drama, from the early rejection of his work with song-writing partner Bernie Taupin to spinning out of control as a chart-topping superstar; from half-heartedly trying to drown himself in his LA swimming pool to disco-dancing with the Queen; from friendships with John Lennon, Freddie Mercury and George Michael to setting up his AIDS Foundation. All the while, Elton was hiding a drug addiction that would grip him for over a decade.

In Me Elton also writes powerfully about getting clean and changing his life, about finding love with David Furnish and becoming a father. In a voice that is warm, humble and open, this is Elton on his music and his relationships, his passions and his mistakes. This is a story that will stay with you, by a living legend.

Sir Elton John, CBE, is a multi-award winning solo artist who has achieved 38 gold and 31 platinum or multi-platinum albums, has sold more than 300 million records worldwide, and holds the record for the biggest-selling single of all time, 'Candle in the Wind 1997'. In August 2018 Elton was named the most successful male solo artist in the Billboard Hot 100 chart history, having logged 67 entries, including nine Number 1s and 27 Top 10s. Elton launched his first tour in 1970 and since then has performed over 4,000 times in more than 80 countries. When not recording or touring, Elton devotes his time to a number of charities, including his own Elton John AIDS Foundation, which has raised over $300 million and funded programmes across four continents in the twenty-four years it has existed. He is married to David Furnish, and they have two sons. Me is his first and only official autobiography.

The perfect pop memoir . . . the world's most successful singer-songwriter is thin-skinned, opinionated, mischievous a, prone to excess - and funny The I Me is a riveting, laugh-til-you-cry, heartfelt page-turner . . . it is the earnest, sweet, damaged "music mad" kid at the heart of Me that will stick with you. EW A fitting testament to Elton's life . . . unrelentingly enjoyable GQ Full of warmth and candour . . . John's enthusiasm for music continues to shine through, as does the rebellious streak that made him the groundbreaking artist he continues to be today Independent Bracingly open and spectacularly funny . . . practically everyone who is anyone in rock jumps briefly but revealingly into view New Statesman Outrageously enjoyable . . . racy, pacy and crammed with scurrilous anecdotes - what more could you ask from the rocket man? Guardian All the sex, drugs and showbiz gossip you could want . . . A chatty, gossipy, amusing and at times brutally candid account Telegraph Self-deprecating, funny . . . You cannot help but enjoy his company throughout, temper tantrums and all The Times The rock memoir of the decade Daily Mail Blazingly honest . . . From sex and drugs and dancing with the Queen to sobriety and finally fatherhood, the rock star's gloriously entertaining and candid memoir is a gift to the reader Sunday Times