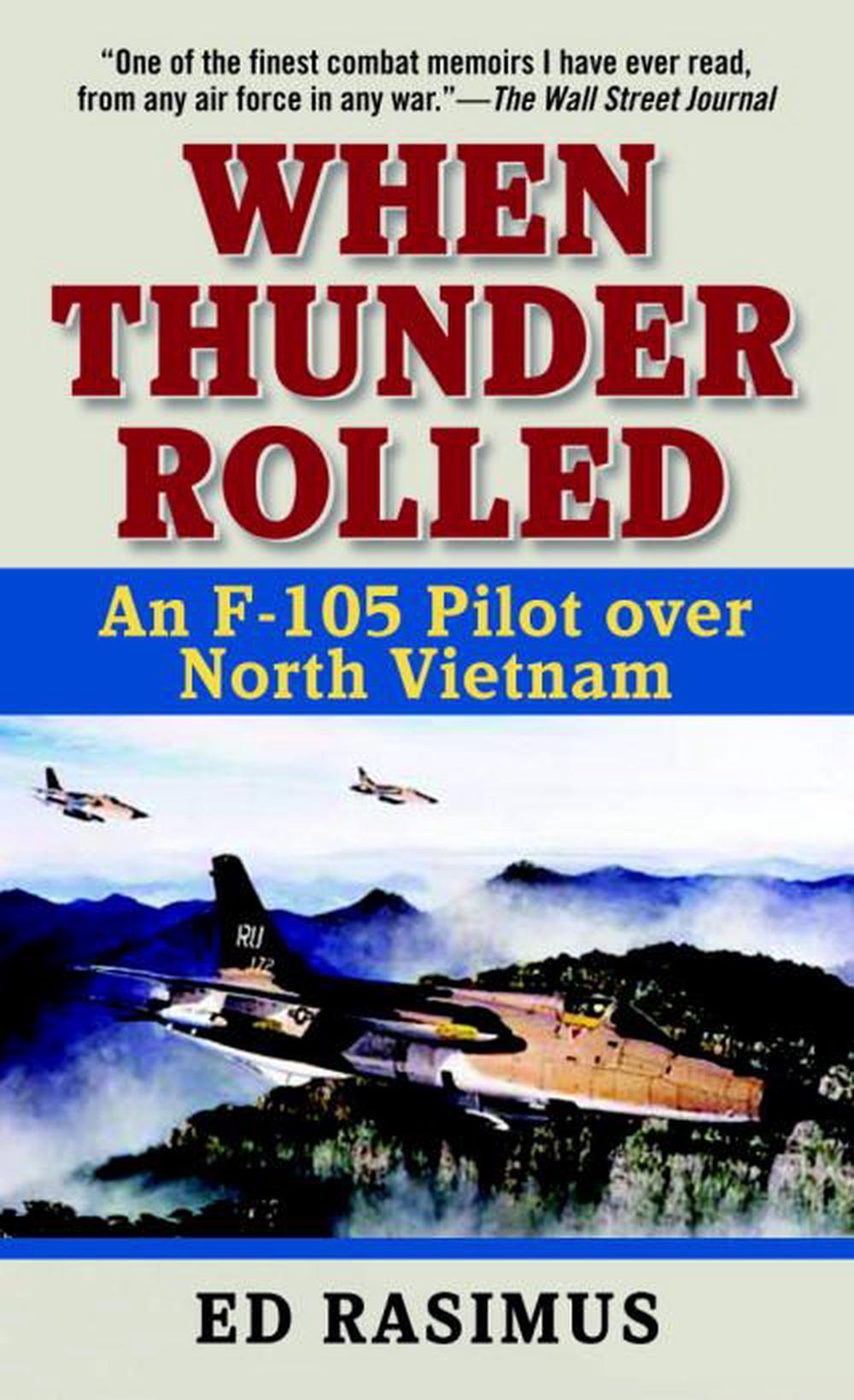 "YOU CAN ALMOST SMELL THE JET FUEL AND GUNPOWDER. You attack the world's fiercest defenses at 500 knots and share the ultimate thrill of hurling yourself against almost impossible odds-and winning. -JACK BROUGHTON, author of "Thud Ridge" Ed Rasimus straps the reader into the cockpit of an F-105 Thunderchief fighter-bomber in his engaging account of the Rolling Thunder campaign in the skies over North Vietnam. Between 1965 and 1968, more than 330 F-105s were lost-the highest loss rate in Southeast Asia-and many pilots were killed, captured, and wounded because of the Air Force's disastrous tactics. The descriptions of Rasimus's one hundred missions, some of the most dangerous of the conflict, will satisfy anyone addicted to vivid, heart-stopping aerial combat, as will the details of his transformation from a young man paralyzed with self-doubt into a battle-hardened veteran. His unique perspective, candid analysis, and the sheer power of his narrative rank his memoir with the finest, most entertaining of the war. "A story that reflects the bravery of the men who flew over enemy territory in a perilous time." -"The Baltimore Chronicle" " A] MODERN-DAY "RED BADGE OF COURAGE" ." -JOHN DARRELL SHERWOOD, author of "Fast Movers: Jet Pilots and the Vietnam Experience"

Look for these remarkable stories of American courage in the Vietnam war DOWN SOUTH "One Tour in Vietnam "by William H. Hardwick LOST IN TRANSLATION "Vietnam: A Combat Advisor's Story "by Martin J. Dockery MEDIC " The Story of a Conscientious Objector in the Vietnam War "by Ben Sherman WE WERE SOLDIERS ONCE . . . AND YOUNG "Ia Drang: The Battle that Changed the War in Vietnam "by Lt. Gen. Harold G. Moore and Joseph L. Galloway