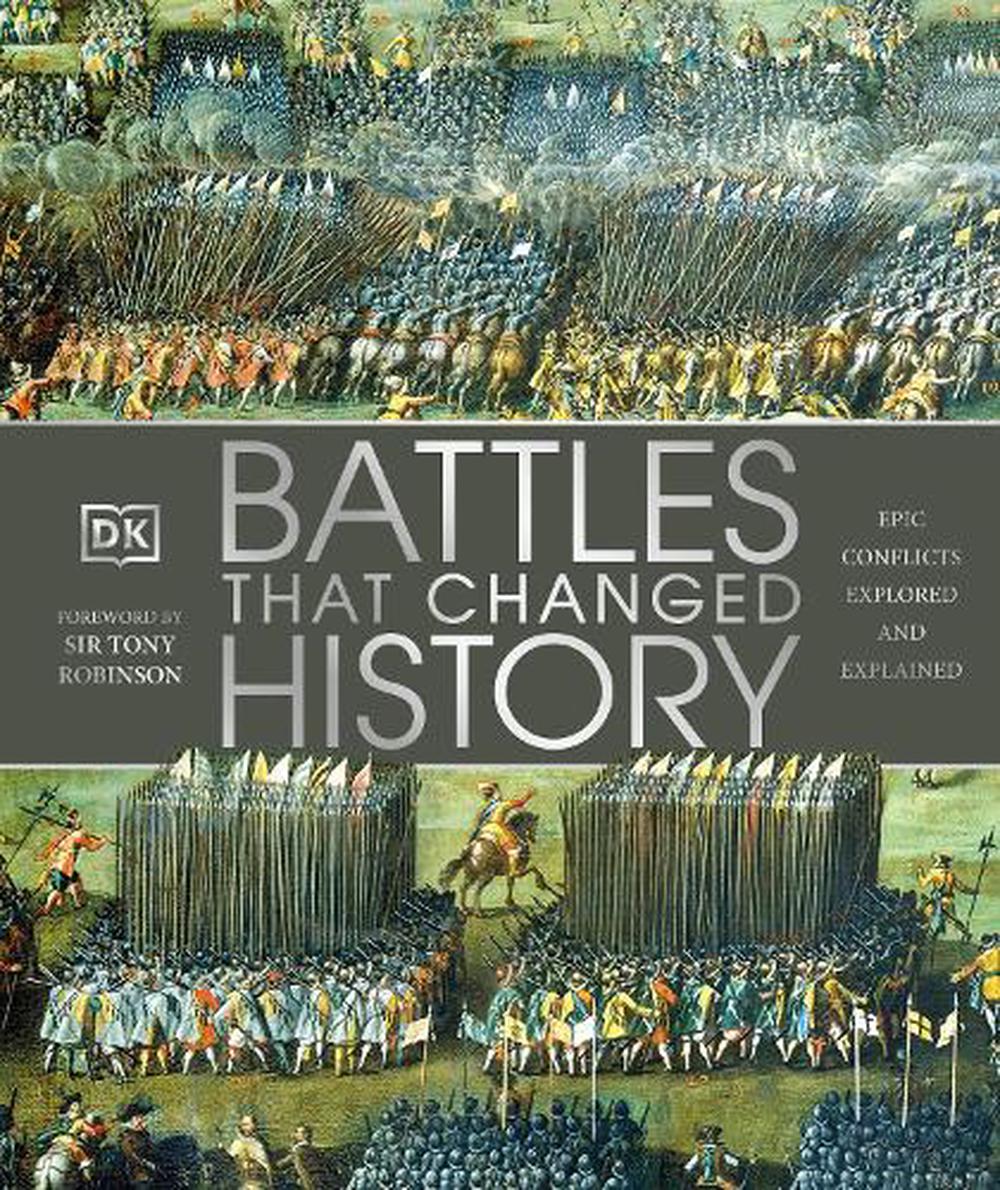 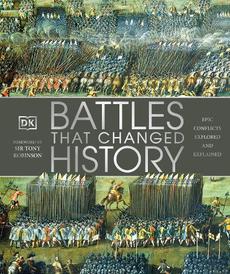 From the fury of the Punic Wars to the icy waters of Dunkirk, relive 5,000 years of world-changing combat with this guide to the most famous battles in history, including a foreword from TV presenter and historian Tony Robinson.

This military history book takes you on a journey through the battlefields of history, from the ancient world to the American Civil War, World War 1, World War 2, the Cold War, and beyond. Maps, paintings, and photographs reveal the stories behind more than 90 of the most important battles ever to take place, and show how fateful decisions led to glorious victories and crushing defeats.

From medieval battles and great naval battles to the era of high-tech air battles, key campaigns are illustrated and analysed in detail - the weapons, the soldiers, and the military strategy. Famous military leaders are profiled, including Alexander the Great, Napoleon, and Rommel, and crucial arms, armour, and equipment are explained.

Whether at Marathon, Agincourt, Gettysburg, or Stalingrad, Battles that Changed History takes you into the thick of combat and shows how kingdoms and empires have been won and lost on the battlefield.

Sir Tony Robinson is an award-winning writer, presenter, and actor, and the UK's foremost face of popular history. His television credits include Time Team (Channel 4), Blackadder (BBC1), The Worst Jobs In History (Channel 4), Walking Through History(Channel 4), Me and My Mum (ABC), Tony Robinson's Coast to Coast (Channel 5), Britain's Ancient Tracks (Channel 4), and more. As a children's television writer, he has won two RTS awards, a BAFTA, and the International Prix Jeunesse, and his work includes Central TV's Fat Tulip's Garden, Odysseus - the Greatest Hero of Them All, and Blood and Honey. He has also made a range of television documentaries, written 30 children's books, winning the Blue Peter Factual Book Award twice, and several books for adults, including his autobiography No Cunning Plan. In 2012 he was made a Fellow of Cardiff University, and he has been awarded honorary doctorates and masters' degrees by several leading universities. He is an ambassador for the Alzheimer's Society, and received a knighthood in 2013.

Some depictions of human conflict acquire such a charm over centuries, we half forget we are seeing a bloodbath. Others have an enduring power to appal. Recent documentary photographs strike a chill. This lavishly illustrated chronicle of warfare explores epic battles that turned the historic tide - from Manzikert to Marston Moor to the Middle East - while reminding us that nothing really changes. Saga Magazine Any map fan will have an absolute field day with Battles That Changed History, as its many sumptuously crafted maps intricately detail the battles in question with beautiful clarity. This is without a doubt one of DK's finest history offerings in several years. All About History