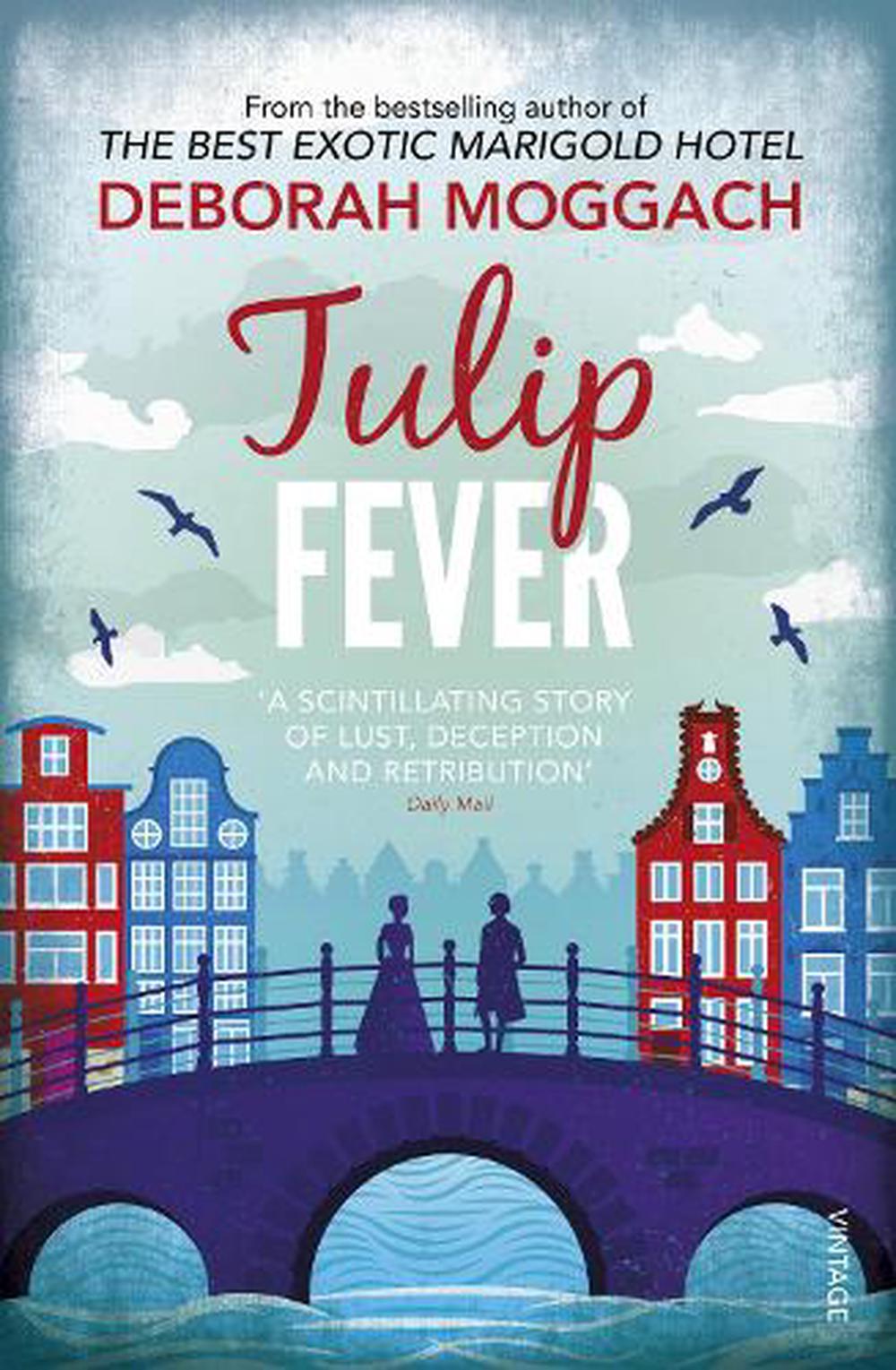 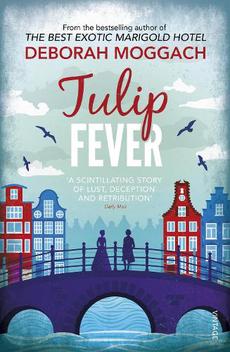 PUBLISHED: 31st July 1999
ISBN: 9780099288855
ANNOTATION:
Amsterdam in the 1630s: Sophia Sandvoort's elderly husband Cornelis has commissioned a portrait of them both. Between the young bride Sophia and the painter, Jan Van Loos, burns a fierce attraction. A grand deception is conceived, leading events towards a tragic climax.
$19.77
Or pay later with

OTHER FORMATS:
PUBLISHED: 31st July 1999
ISBN: 9780099288855
ANNOTATION:
Amsterdam in the 1630s: Sophia Sandvoort's elderly husband Cornelis has commissioned a portrait of them both. Between the young bride Sophia and the painter, Jan Van Loos, burns a fierce attraction. A grand deception is conceived, leading events towards a tragic climax.

Amsterdam in the 1630s: Sophia Sandvoort's elderly husband Cornelis has commissioned a portrait of them both. Between the young bride Sophia and the painter, Jan Van Loos, burns a fierce attraction. A grand deception is conceived, leading events towards a tragic climax.

Seventeenth-century Amsterdam, a city in the grip of tulip mania and basking the wealth it has generated. Cornelis, an ageing merchant, commissions a talented young painter to preserve his status and marriage on canvas. At the sittings, as a collector of beautiful things, Cornelis surrounds himself with symbols of his success, including his young wife, Sophia. But as the portrait grows, so does the passion between Sophia and the artist; and as ambitions, desires and dreams breed an intricate deception, their reckless gamble propels their lives towards a thrilling and tragic conclusion.

Seventeenth-century Amsterdam is a city in the grip of tulip mania. Sophia's husband Cornelis, an ageing merchant, is among those grown rich from this exotic new flower. To celebrate, he commissions a talented young artist to paint him with his beautiful young bride. But as the portrait grows, so does the passion between Sophia and the paer&ainter and ambitions, desires and dreams breed an intricate deception and a reckless gamble. 'A sumptuous and enthralling novel about art, love, illusion and money...with the d

Deborah Moggach is the author of many successful novels including Tulip Fever and The Best Exotic Marigold Hotel, which was made into a top-grossing film starring Judi Dench, Bill Nighy and Maggie Smith. Her screenplays include the film of Pride and Prejudice, which was nominated for a BAFTA. She lives in Wales.

Clever, spry and sad in equal measure...a pacy plot whose twists and shifts of viewpoint make for much anxious page-turning Daily Telegraph Sensuous and masterly...a gorgeous novel Mail on Sunday A byzantine plot that hurtles towards disaster, while retaining the polished veneer of a Dutch interior Harpers & Queen A sumptuous and enthralling novel about art, love, illusion and money...with the denouement of a classic The Times A story of love, deceit, changelings, and mistaken identity worthy of a Restoration dramatist Daily Mail

Reading this is like stepping into the world of an exquisite Dutch painting. The setting is 17th-century Holland; the subject - love, art, beauty, transcience and betrayal. Tender, gripping and beautifully written, it's two love stories intertwined - one sweet and one that turns slowly and terribly sour. When beautiful Sophia begins an affair with the portrait painter her husband has hired, she and her servant, Maria, resort to desperate measures to protect themselves and their livelihoods - but they pay a price. With the gorgeous detail and immaculate proportion of a Dutch still life, Moggach evokes a world of stark beauty and lovesick folly, set against the backdrop of Amsterdam during the height of tulip fever. By turns poignant, thrilling and absurdly funny, this is Moggach at her best. Review by Liz Jensen who is author of 'Ark Baby'. (Kirkus UK)

A story of love, deceit, changelings, and mistaken identity worthy of a Restoration dramatist

"Beautifully written, a verbal kaleidoscope that flicks rapidly through vivid sensual experience." -- The Independent on Sunday "Spirited and ingenious...Clever, spry, and sad in equal measure." -- The Telegraph "Moggach reproduces the coded language of 17th-century Dutch art with subtle artfulness. At the same time, she tells a truly thrilling love story." -- The Financial Times "Moggach's writing is as vivid as a splash of Vermeer's lemon yellow." -- The Times "A gorgeous novel: both funny and tragic, full of sharply drawn characters and equally sharp insight into the transforming power of love--which can be as destructive as it is addictive." -- The Mail From the Hardcover edition.

From the bestselling author of The Best Exotic Marigold Hotel this is a thrilling story of power, lust and deception set in seventeenth-century Amsterdam.

The questions, discussion topics, and author biography that follow are intended to enhance your reading of Deborah Moggach's Tulip Fever .

Sophia Trust not to appearances. -- Jacob Cats, Moral Emblems , 1632 We are eating dinner, my husband and I. A shred of leek is caught in his beard. I watch it move up and down as he chews; it is like an insect caught in the grass. I watch it idly, for I am a young woman and live simply, in the present. I have not yet died and been reborn. I have not yet died a second time -- for in the eyes of the world this will be considered a second death. In my end is my beginning; the eel curls round and swallows its own tail. And in the beginning I am still alive, and young, though my husband is old. We lift our wine flutes and drink. Words are etched on my glass: Mankind''s hopes are fragile glass and life is therefore also short, a scratched homily through the sinking liquid. Cornelis tears off a piece of bread and dips it into his soup. He chews for a moment. "My dear, I have something to discuss." He wipes his lips with his napkin. "In this transitory life do we not all crave immortality?" I freeze, knowing what is coming. I gaze at my roll, lying on the tablecloth. It has split, during baking, and parted like lips. For three years we have been married and I have not produced a child. This is not through lack of trying. My husband is still a vigorous man in this respect. At night he mounts me; he spreads my legs and I lie there like an upturned beetle pressed down by a shoe. With all his heart he longs for a son -- an heir to skip across these marble floors and give a future to this large, echoing house on the Herengracht. So far I have failed him. I submit to his embraces, of course, for I am a dutiful wife and shall always be grateful to him. The world is treacherous and he reclaimed me, as we reclaimed our country from the sea, draining her and ringing her with dykes to keep her safe, to keep her from going under. I love him for this. And then he surprises me. "To this effect I have engaged the services of a painter. His name is Jan van Loos and he is one of the most promising artists in Amsterdam -- still lifes, landscapes, but most especially portraiture. He comes on the recommendation of Hendrick Uylenburgh, who as you know is a discerning dealer?Rembrandt van Rijn, newly arrived from Leiden, is one of his proteges." My husband lectures me like this. He tells me more than I want to know but tonight his words land noiselessly around me. Our portrait is going to be painted! "He is thirty-six, the same age as our brave new century." Cornelis drains his glass and pours another. He is drunk with the vision of ourselves, immortalized on canvas. Drinking beer sends him to sleep, but drinking wine makes him patriotic. "Ourselves, living in the greatest city, home to the greatest nation on the globe." It is only me sitting opposite him but he addresses a larger audience. Above his yellowed beard his cheeks are flushed. "For doesn''t Vondel describe Amsterdam thus? What waters are not shadowed by her sails? On which mart does she not sell her wares? What peoples does she not see lit by the moon, she who herself sets the laws of the whole ocean?" He does not expect an answer for I am just a young wife, with little life beyond these walls. Around my waist hang keys to nothing but our linen chests, for I have yet to unlock anything of more significance. In fact, I am wondering what clothes I shall wear for my portrait. That is the size of my world so far. Forget oceans and empires. Maria brings in a plate of herrings and retreats, sniffing. Fog rolls in off the sea and she has been coughing all day. This hasn''t dampened her spirits. I am sure she has a secret lover; she hums in the kitchen and sometimes I catch her standing in front of a mirror rearranging her hair under her cap. I shall find out. We are confidantes, or as much confidantes as our circumstances allow. Since I left my sisters she is the only one I have. Next week the painter will arrive. My husband is a connoisseur of paintings; our house is filled with them. Behind him, on the wall, hangs a canvas of Susannah and the Elders. The old men peer at the naked girl as she bathes. By daylight I can see their greedy faces, but now, in the candlelight, they have retreated back into the shadows; all I can see is her plump, pale flesh above my husband''s head. He lifts a fish onto his plate. He is a collector of beautiful things. I see us as a painting. Cornelis, his white lace collar against black, his beard moving as he eats. The herring lying on my plate, its glistening, scored skin split open to reveal the flesh within; the parted lips of my roll. Grapes, plump and opaque in the candlelight; the pewter goblet glowing dully. I see us there, sitting at our dining table, motionless -- our own frozen moment before everything changes. After dinner he reads to me from the Bible. "All flesh is grass, and all the goodliness thereof is as the flower of the field; the grass withereth, the flower fadeth, because the spirit of the Lord bloweth upon it; surely the people is grass..." But I am already hanging on the wall, watching us.