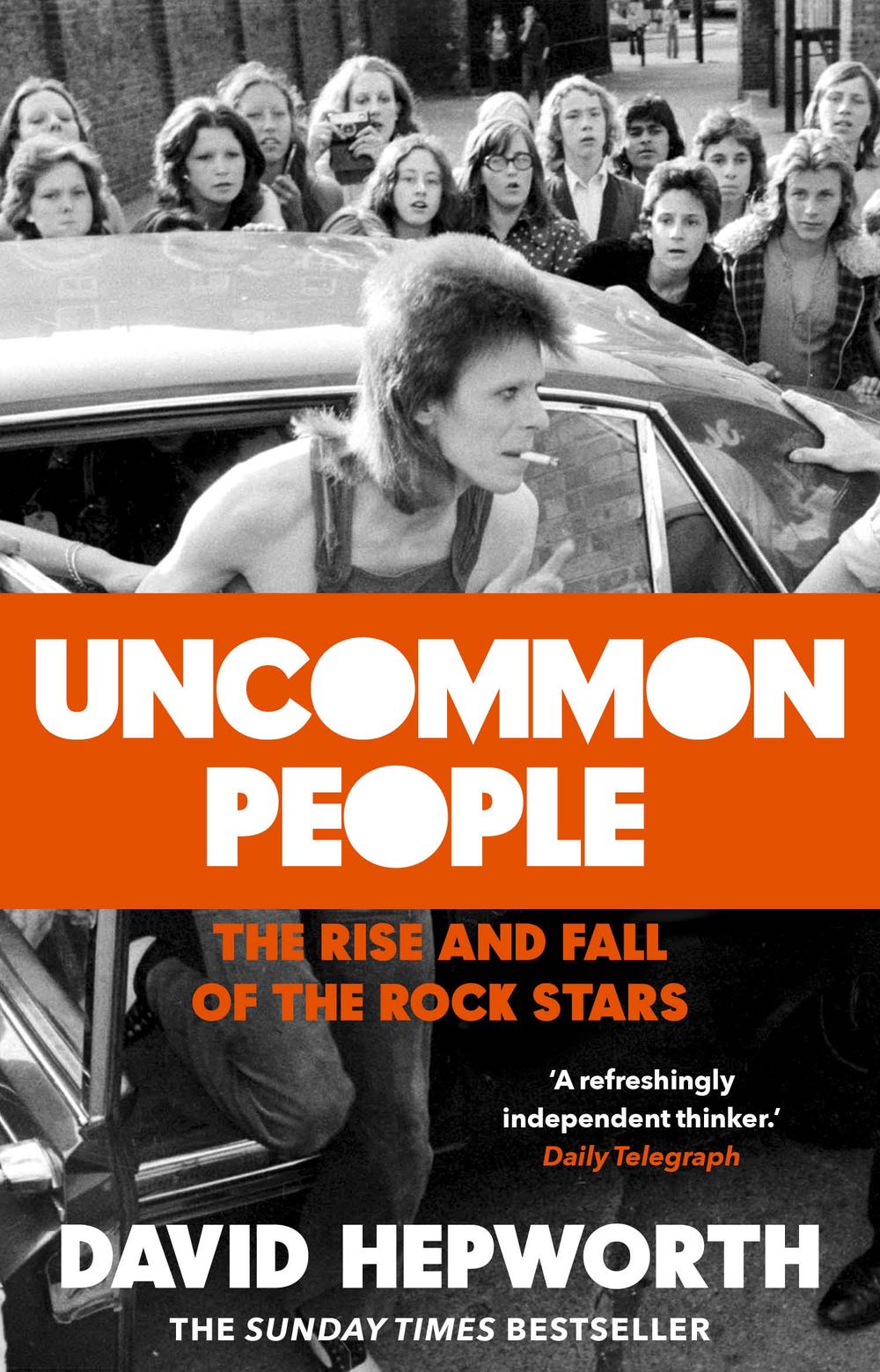 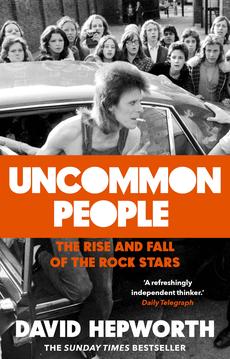 What did we see in them? Swagger. Recklessness. Sexual charisma. Damn-the-torpedoes self-belief. A certain way of carrying themselves. Good hair. Interesting shoes. Talent we wished we had.

What did we want of them? To be larger than life but also like us. To live out their songs. To stay young forever. No wonder many didn't stay the course.

In Uncommon People, David Hepworth zeroes in on defining moments and turning points in the lives of forty rock stars from 1955 to 1995, taking us on a journey to burst a hundred myths and create a hundred more.

As this tribe of uniquely motivated nobodies went about turning themselves into the ultimate somebodies, they also shaped us, our real lives and our fantasies. Uncommon People isn't just their story. It's ours as well.

David Hepworth has been writing, broadcasting and speaking about music and media since the seventies. He was involved in the launch and editing of magazines such as Smash Hits, Q, Mojo and The Word, among many others.

He was one of the presenters of the BBC rock music programme The Old Grey Whistle Test and one of the anchors of the corporation's coverage of Live Aid in 1985. He has won the Editor of the Year and Writer of the Year awards from the Professional Publishers Association and the Mark Boxer award from the British Society of Magazine Editors.

He lives in London, dividing his time between writing for a variety of newspaper and magazines, speaking at events, broadcasting work, podcasting at and blogging at

He says Chuck Berry's 'You Never Can Tell' is the best record ever made. 'This is not an opinion,' he says. 'It's a matter of fact.'

The effect is that of faded, evocative, partisan Polaroids scattered from the memory of one obsessive music fan . . . Uncommon People emerges as part of the drive to capture, analyse and archive key moments in musical history that might otherwise vanish from popular memory before we know it Observer [A] wonderful portrait of rock stardom . . . Hepworth's writing is sublime Daily Mail This book is a kind of elegy for a glorious but passing phase in entertainment history . . . brim[s] with insight, humour and a certain genial astringency -- Stuart Maconie Mail on Sunday David Hepworth is such a clever writer . . . Uncommon People is a gorgeous read, celebratory and bittersweet, both pep rally and memorial, throbbing with insight and incident -- Julie Burchill Spectator Marvellous . . . The age of the rock star is over, and Hepworth's never-less-than fascinating book is a more than fitting farewell -- Dylan Jones GQ