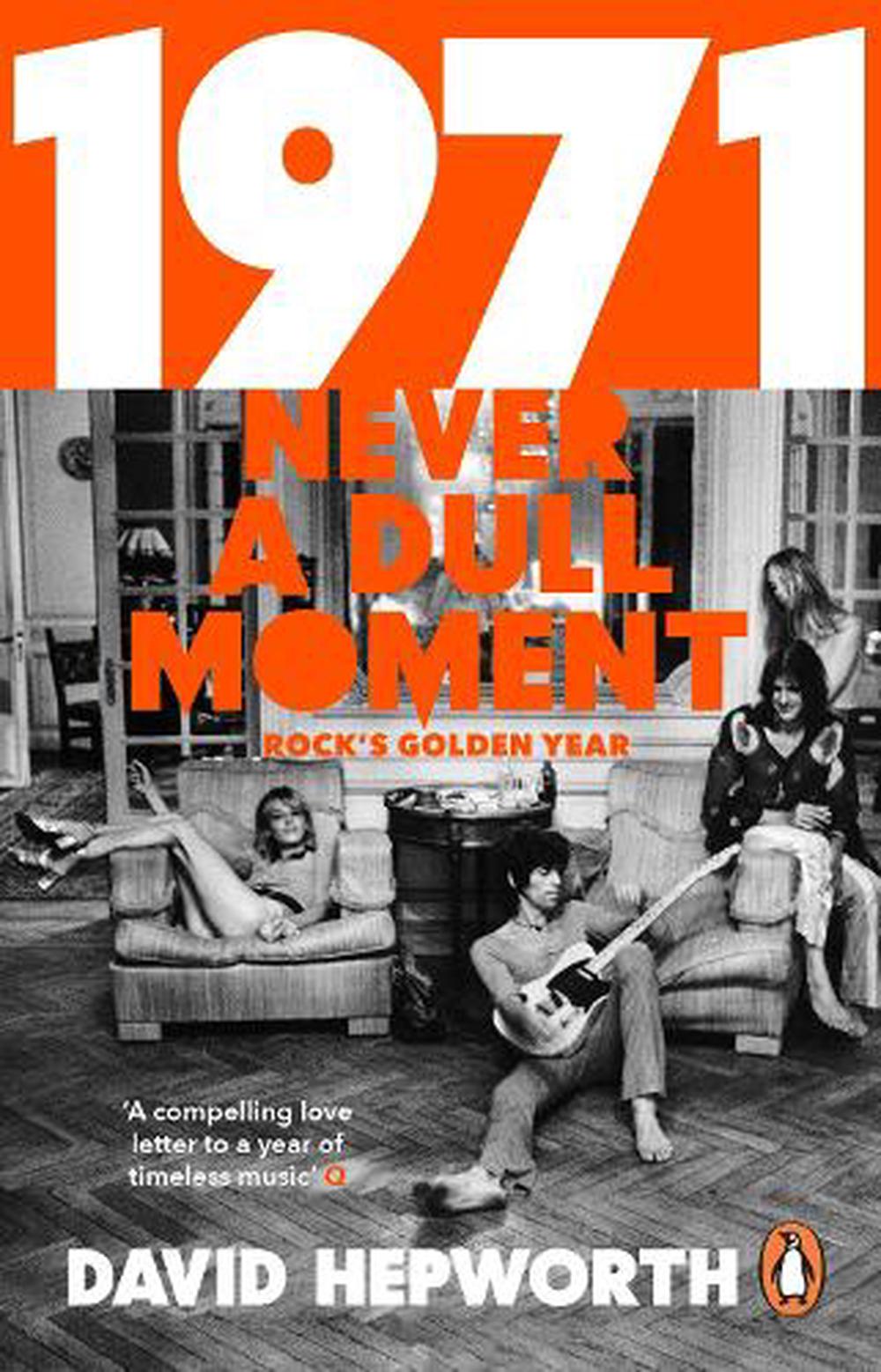 The Sixties ended a year late - on New Year's Eve 1970, when Paul McCartney initiated proceedings to wind up The Beatles. Music would never be the same again. The next day would see the dawning of a new era. 1971 saw the release of more monumental albums than any year before or since and the establishment of a pantheon of stars to dominate the next forty years - Led Zeppelin, David Bowie, the Rolling Stones, Pink Floyd, Marvin Gaye, Carole King, Joni Mitchell, Rod Stewart, the solo Beatles and more. January that year fired the gun on an unrepeatable surge of creativity, technological innovation, blissful ignorance, naked ambition and outrageous good fortune. By December rock had exploded into the mainstream. How did it happen? This book tells you how. It's the story of 1971, rock's golden year.

David Hepworth has been writing about, broadcasting about and speaking about music since the 70s. He was involved in the launch and/or editing of magazines like Smash Hits, Q, Mojo and The Word among many others.

He was one of the presenters of the BBC rock music programme Whistle Test and one of the anchors of the Corporation's coverage of Live Aid in 1985. He has won the Editor of the Year and Writer of the Year awards from the Professional Publishers Association and the Mark Boxer Award from the British Society of Magazine Editors.

He is a director of the independent company Development Hell and divides his time between writing for a variety of magazines and newspapers, speaking at events, broadcasting work and blogging. He lives in London.

'I was born in 1950,' he says, 'which means that in terms of music I have the winning ticket in the lottery of life'.

An engaging and thought-provoking read. It's a dry-eyed but deeply felt love note to the date when rock was still busy inventing itself. Hepworth points out more than once that at the time he had no idea how lucky he hwas. He knows now - and so do we Mail on Sunday A good mix of entertainment, insight and odd facts. Hepworth's thesis is largely convincing Mojo This is no 'my generation is cooler than yours' nostalgia trip. Just as movements in art, jazz or TV undeniably had Golden Ages then so too with the long-playing record and its seismic effect on subsequent generations. David Hepworth's forensic sweep of this astonishing twelve months is thoroughly absorbing and appropriately rollicking, expertly guiding us through one miraculous year in all its breathless tumble of creation. -- Danny Baker A clever and entertaining book . . . Hepworth proves a refreshingly independent thinker. His style is pithy and his eye for anecdotal detail sharp . . . a thoroughly provoking delight Daily Telegraph David Hepworth's argument is simple: 1971 was "the most febrile and creative time in the entire history of popular music". It's an enormous assertion but he makes his point with infectious enthusiasm . . . Whether you agree is beside the point. This is a compelling love letter to a year of timeless music. Q