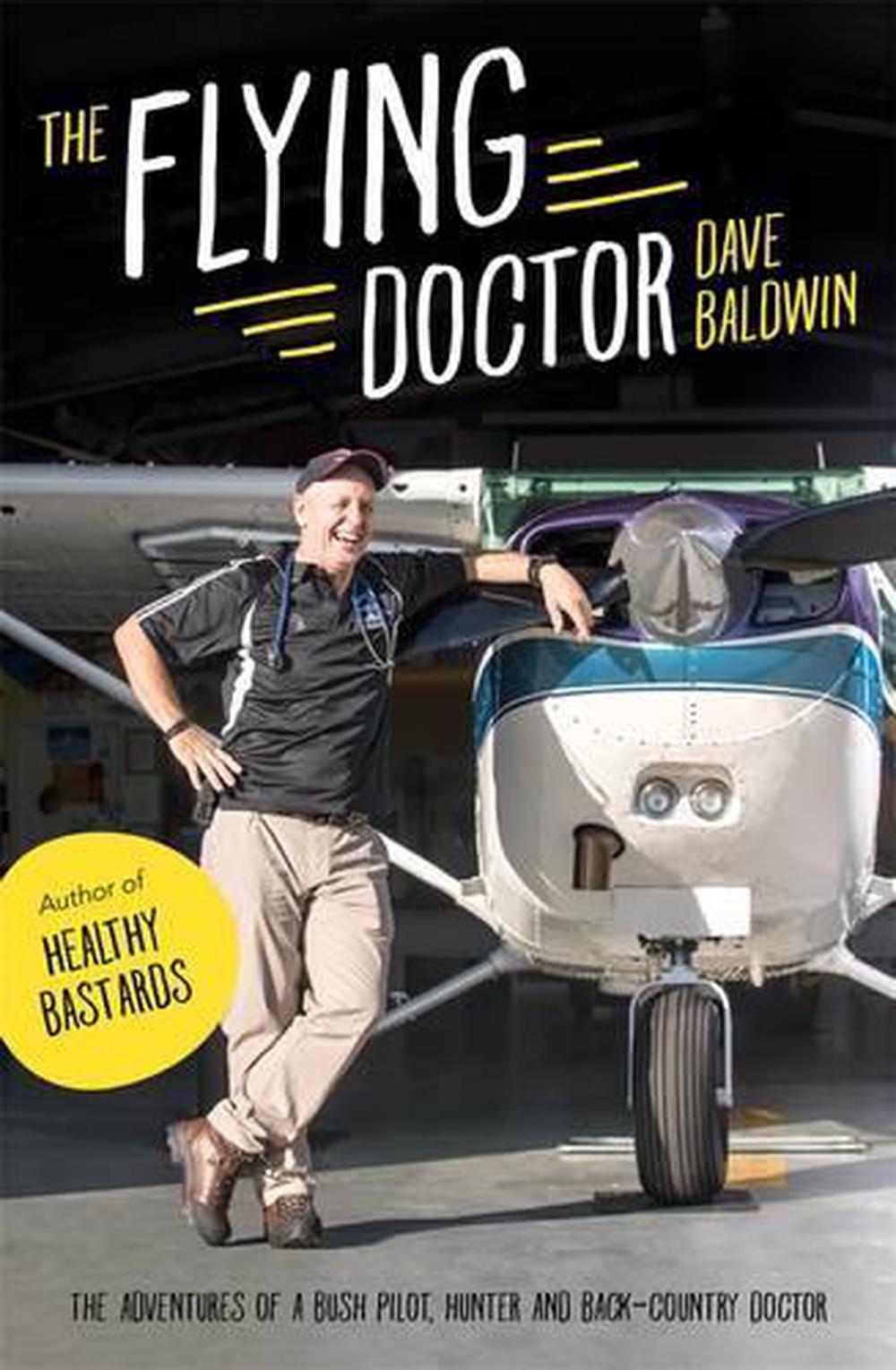 From the author of Healthy Bastards, the man known as the 'Flying Doctor' is back, this time with his misadventures, escapades and high jinks from a life of medicine, aviation and hunting.

For the first time, Dave Baldwin, known throughout the backcountry as the Flying Doctor, shares his tales from life lived at full-throttle. From his early years struggling with dyslexia to graduating from med school, from learning to fly and joining the New Zealand Air Force to becoming a cardiologist at Palmerston North Hospital and setting up a general practice in Bulls, Dave's early life was certainly a life less ordinary. Later on he started the 'Not So Royal Flying Doctor Service', a service for the rural aviation community based at remote airstrips and farms in the backcountry, which has paved the way for a life combining his two passions- high-country flying and hunting.

'Till the day I die I will never forget the thrill of my first sight of a mighty stag alone in the mountains.' - Dr Dave.

Well-known for his eccentric personality, playful antics and colourful turn of phrase, Dave's story is highly entertaining and truly unique. Yet it's not without tragedy, having lost his best mate and son Marc in a terrible incident in the same place they'd shared so many cherished father-son moments.

Dr Dave Baldwin, author of men's health guide Healthy Bastards, is a GP based in Bulls who operates New Zealand's first and only Flying Doctor service, providing a medical aviation service to pilots in remote areas of New Zealand . His writing style has a humorous turn reminiscent of that good keen man of New Zealand humour, Barry Crump.

Baldwin's other love besides his wife Sandi is aviation, and he flies a Cessna 172 Hawk XP2 with a CSU and 210hp continental engine.

Dr Dave is presently focusing his 'Healthy Bastards' campaign on social media (Facebook and YouTube) as a way of getting good health messages to 'unhealthy bastards'. Not long ago he won a landmark Advertising Standards Authority complaint (along with an appeal) relating to his 'Healthy Bastards' radio advertisements, which has further fuelled his enthusiasm to keep going with the campaign.

GP Pulse called Healthy Bastards a 'special book' while M2 commended its 'plain-speaking response to that cliched plea, "in English please" '. The reviewer in Healthy Options lauded its combination of a 'wonderful witty approach' with explanations 'in no uncertain terms of common symptoms . . . and when to consult a GP', before concluding that what sets it apart from other men's health books is that Baldwin 'speaks their language and that is a foolproof recipe for success'. Angela Fitchett, reviewing Healthy Bastards in the Nelson Mail, test-ran the book on her 'large family of mainly "blokes" ' and concluded- 'Dr Dave seems to have a winner here - a good buy for any bloke who's keen on keeping everything in working order for the long haul.'

NZ Aviation News summed up- 'Healthy Bastards is just like its author - robust, noisy, irreverent, intemperate and funny but with a deep underlying message. Read it. It could change your life for the better.'

The reviewer in Rod & Rifle appreciated the accessibility provided by writing the book 'around a fictional character called Gav McAvedy, a chopper pilot who flies "hunters, hikers and associated tree huggers around Fiordland and South Westland" ', whom Pharmacy Today called 'somewhat disease-prone'.