PUBLISHED: 8th February 2018
ISBN: 9780099593355
ANNOTATION:
'An extraordinary book of real passionate research' Edmund de Waal In 1945, Ezra Pound was due to stand trial for treason for his broadcasts in Fascist Italy during the Second World War. 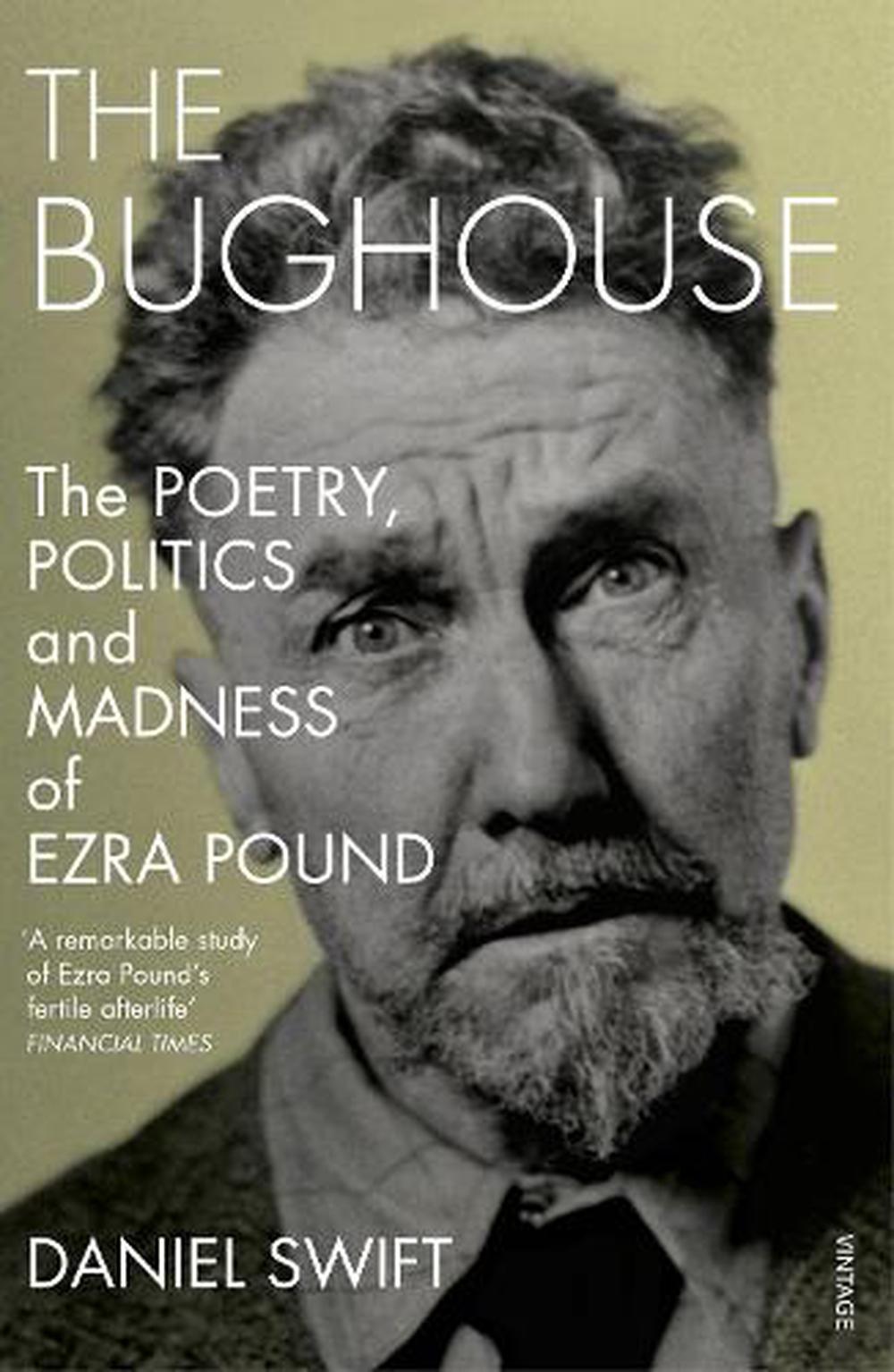 OTHER FORMATS:
PUBLISHED: 8th February 2018
ISBN: 9780099593355
ANNOTATION:
'An extraordinary book of real passionate research' Edmund de Waal In 1945, Ezra Pound was due to stand trial for treason for his broadcasts in Fascist Italy during the Second World War.

In 1945, Ezra Pound was due to stand trial for treason for his broadcasts in Fascist Italy during the Second World War.

In 1945, Ezra Pound was due to stand trial for treason for his broadcasts in Fascist Italy during the Second World War. But before the trial could take place Pound was pronounced insane. Escaping a potential death sentence he was shipped off to St Elizabeths Hospital near Washington, DC, where he was held for over a decade.

At the hospital, Pound was at his most contradictory and most controversial- a genius writer - 'The most important living poet in the English language' according to T. S. Eliot - but also a traitor and now, seemingly, a madman. But he remained a magnetic figure. Eliot, Elizabeth Bishop, Robert Lowell and John Berryman all went to visit him at what was perhaps the world's most unorthodox literary salon- convened by a fascist and held in a lunatic asylum.

Told through the eyes of his illustrious visitors, The Bughouse captures the essence of Pound - the artistic flair, the profound human flaws - whilst telling the grand story of politics and art in the twentieth century.

Daniel Swift teaches at the New College of the Humanities. His first book, Bomber County, was longlisted for the Samuel Johnson Prize and the Guardian First Book award, and his essays and reviews have appeared in the New York Times, the New Statesman, and Harper's.

American poet Ezra Pound... proves an elusive but fascinating subject in this non-linear, impressionistic biography -- Juanita Coulson Lady Swift admits that he cannot pin his elusive subject down, but there is no need. By following his instinct he has allowed the poet, with his 'shifting self-narration', to lead the way in this marvellous evocation. -- Philippa Williams The Lady A powerful and very talented writer...dashing and arresting...the greatness in his subject shines through every dark corner -- Peter Craven Sydney Review of Books At the heart of this books lies a fascinating debate about poets and society -- Craig Brown Mail on Sunday [A] remarkable study of [Ezra Pound's] fertile afterlife -- Suzi Feay Financial Times Swift's strength is his refusal to separate Pound's writings from the issues of Fascism and insanity... Sharp-eyed and pacey...it highlights memorably the tangled relations between lunatic, lover and poet -- Robert Crawford Literary Review It is a tribute to the brightness of The Bughouse that Swift has revived my interest in the old monster -- Roger Lewis The Times Swift does a fine job of allowing Pound's many contradictions to stay in place and reminds us, too, that 45 years after his death there are plenty of contradictions left in the people who admire him -- James Walton Daily Mail A wonderful portrait of Ezra Pound in all his moods - mad, bad and blindingly sane. -- A. Alvarez To understand an artist as compromised by circumstances - and by his own many contradictions - as Ezra Pound, we have to trace a complex path through a maze of half-truths, myth, and simplification. The Bughouse does so with supreme care, critical acumen, and humanity, shedding a whole new light not only on Pound the man, but also on the shape and character of The Cantos, one of the most seriously flawed and truly brilliant artworks of the twentieth century -- John Burnside Swift is a sensitive and thoughtful reader of both poetry and human psychology... The Bughouse is also a kind of immersive adventure journalism, in which he retraces Pound's steps and tries to unearth new details about his life -- Adam Kirsch New Statesman Lively and searching... He has an engaging authorial presence and his own hesitations and uncertainties about Ezra Pound, both as poet and personality, lend a certain tension and a pleasing piquancy to his narrative -- Eric Ormsby Times Literary Supplement An extraordinary book of real passionate research which keeps surprising and illuminating by turns. -- Edmund de Waal It is Swift's considerable achievement sympathetically to examine an extraordinary, often troubling, tale...an enthralling narrative -- Robert McCrum Observer