PUBLISHED: 24th June 1993
ISBN: 9780140128673
ANNOTATION:
Explores how consciousness has evolved, and how a modern understanding of the human mind is radically different from conventional explanations of consciousness. This title explains how science has exploded the classic mysteries of consciousness: the nature of introspection, and the level of consciousness of non-human creatures. 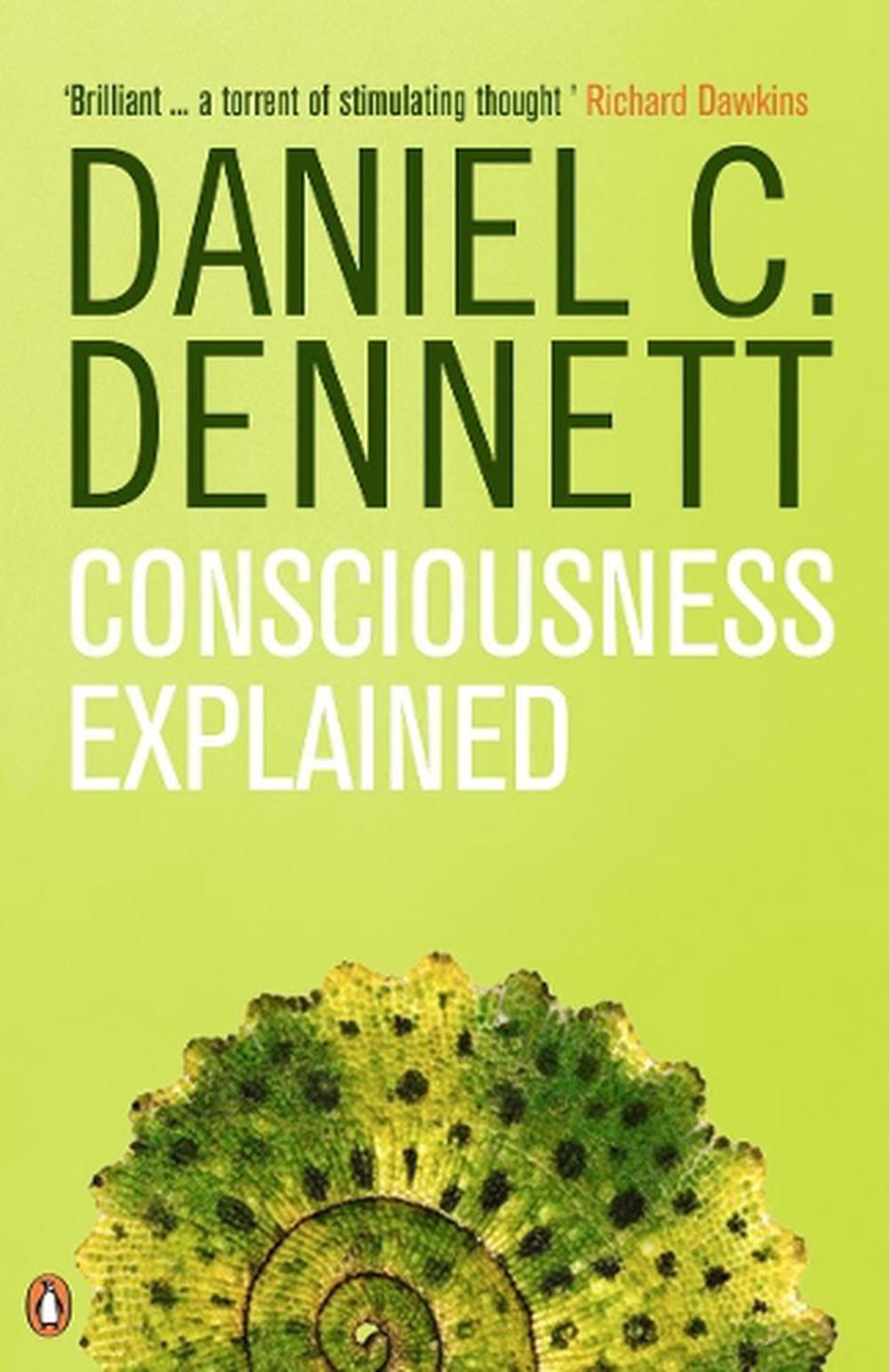 OTHER FORMATS:
PUBLISHED: 24th June 1993
ISBN: 9780140128673
ANNOTATION:
Explores how consciousness has evolved, and how a modern understanding of the human mind is radically different from conventional explanations of consciousness. This title explains how science has exploded the classic mysteries of consciousness: the nature of introspection, and the level of consciousness of non-human creatures.

This book revises the traditional view of consciousness by claiming that Cartesianism and Descartes' dualism of mind and body should be replaced with theories from the realms of neuroscience, psychology and artificial intelligence. What people think of as the stream of consciousness is not a single, unified sequence, the author argues, but "multiple drafts" of reality composed by a computer-like "virtual machine". Dennett considers how consciousness could have evolved in human beings and confronts the classic mysteries of consciousness: the nature of introspection, the self or ego and its relation to thoughts and sensations, and the level of consciousness of non-human creatures.

Daniel Dennett is the author of Brainstorms, Brainchildren, Elbow Room, Consciousness Explained and Darwin's Dangerous Idea. He is currently the Distinguished Arts and Sciences Professor and Director of the Center for Cognitive Studies at Tufts University. He lives in North Andover, Massachusetts.

Part 1 Problems and methods: explaining consciousness - pandora's box - should consciousness be demystified?, the mystery of consciousness, the attractions of mind stuff, why dualism is forlorn, the challenge; a visit to the phenomenological garden - welcome to the phenom, our experience of the external world, our experience of the internal world, affect; a method for phenomenology - first person plural, the third-person perspective, the method of heterophenomenology, fictional worlds and heterophenomenological worlds, the discreet charm of the anthropologist, discovering what someone is really talking about, Shakey's mental images, the neutrality of heterophenomenology. Part 2 An empirical theory of the mind: multiple drafts versus the cartesian theater - the point of view of the observer, introducing the multiple drafts model, Orwellian and Stalinesque revisions, the theater of consciousness revisited, the multiple drafts model in action; time and experience - fleeting moments and hopping rabbits, how the brain represents time, Libet's case of "Backwards Referral in Time", Libet's claim of subjective delay of consciousness of intention, a treat - Grey Walter's precognitive carousel, loose ends; the evolution of consciousness - inside the black box of consciousness, early days, scene one - the birth of boundaries and reasons, scene two - new and better ways of producing future, evolution in brains, and the Baldwin effect, plasticity in the human brain - setting the stage, the invention of good and bad habits of autostimulation, the third evolutionary process - memes and cultural evolution, the memes of consciousness - the virtual machine to be installed; how words do things with us - review - E Pluribus Unum?, bureaucracy versus pandemonium, when words want to get themselves said; the architecture of the human mind - where are we?, orienting ourselves with the thumbnail sketch, and then what happens?, the powers of the Joycean machine, but is this a theory of consciousness?. Part 3 The philosophical problems of consciousness - show and tell - rotating images in the mind's eye, words, pictures, and thoughts, reporting and expressing, zombies, zimboes, and the user illusion, problems with folk psychology; dismantling the witness protection program - review, blindsight - partial zombiehood?, hide the thimble - an exercise in consciousness-raising, prosthetic vision - what, aside from information, is still missing?, "Filling In" versus finding out, neglect as a pathological loss of epistemic appetite, virtual presence, seeing is believing - a dialogue with Otto; qualia disqualified - a new kite string, why are there colors?, enjoying our experiences, a philosophical fantasy - inverted qualia, "Epiphenomenal" qualia?, getting back on my rocker; the reality of selves - how human beings spin a self, how many selves to a customer?, the unbearable lightness of being; consciousness imagined - imagining a

Maybe not explained. But explored, analyzed, examined from an extraordinarily rich perspective. Here, as in other philosophical work (Elbow Room, 1984, etc.), the Director of the Center for Cognitive Studies at Tufts Univ. states that he aims to dethrone the "Cartesian Theater" of the mind - that central screen with its implied "Central Meaner" who attends to the "contents of consciousness": the ghost in the machine with all its implied infinite regress and mind/brain dichotomy. Instead, Dennett posits "multiple drafts" of the real world, the product of parallel processing of perceptual and cognitive subsystems compiled by independent "demons" vying with each other, with now one or another gaining ascendancy - the whole a form of "pandemonium" that results in consciousness. In arriving at this model, Dennett reviews the extensive literature of neuroscience, artificial intelligence, neurology, cognitive psychology, speech and language studies, thought experiments, and the philosophical tradition itself. This discourse is well worth the price of admission to Dennett's own theater of the brain: He is a gifted expositor with a marvelous sense of humor, and, typical of philosophers, ever eager to persuade, answer the reader's objectives, and strike down rival theories. Does he succeed? Not completely. One suspects that metaphors based on artificial intelligence, "virtual" machines, and computer technology are just this culture's mind-set at this time. Dennett also pays scant attention to the role of emotions (in comparison to Robert Ornstein, see below), nor for that matter to the emerging concept that the nervous, endocrine, and immune systems should be considered in any schema of consciousness. Nevertheless, Dennett's analysis is so often brilliant, so witty, and so informed by contemporary culture as to make pleasurable the reading of what is truly a complex and demanding text. (Kirkus Reviews)