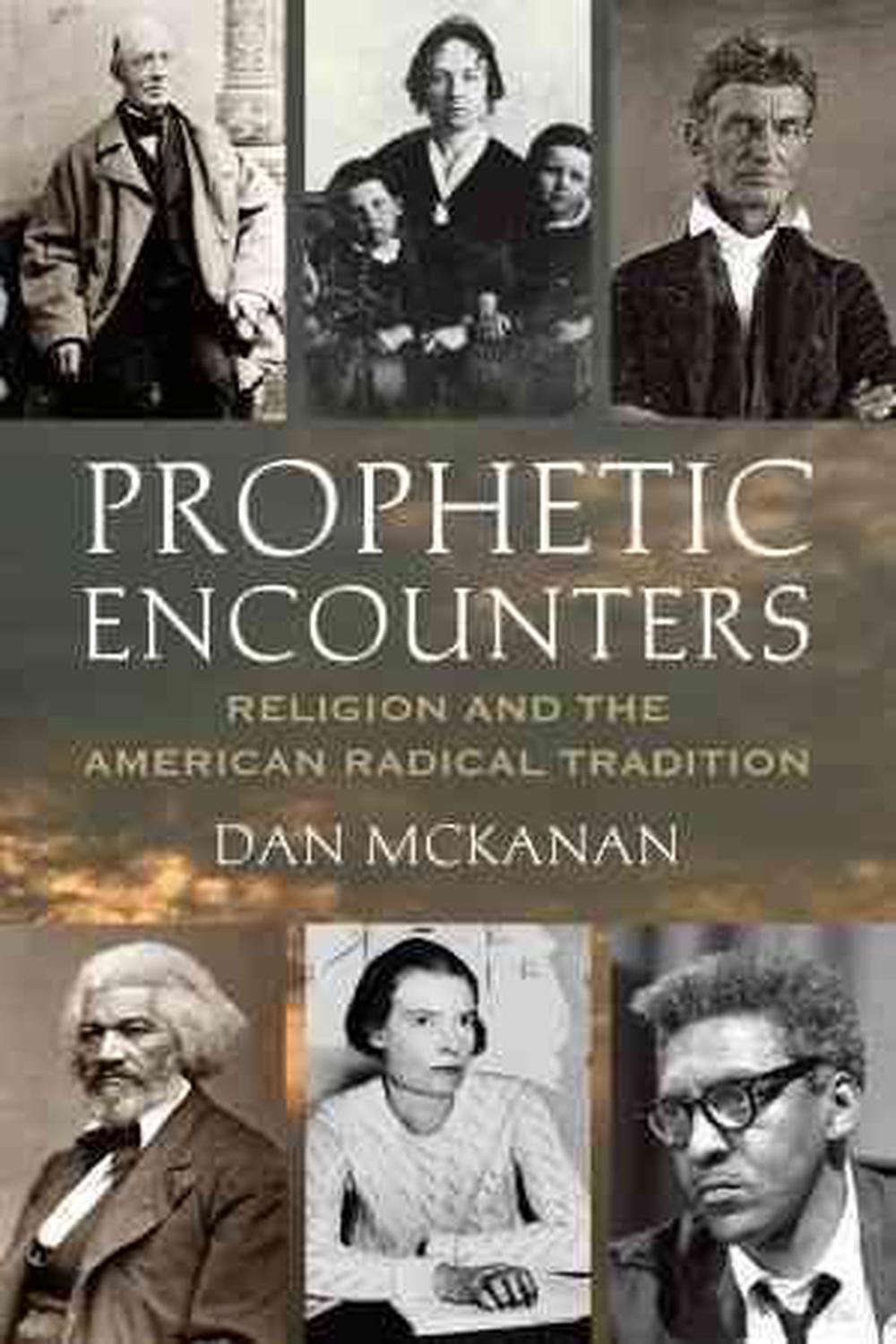 A broad, definitive history of the profound relationship between religion and movements for social change in America

Though in recent years the religious right has been a powerful political force, making "religion" and "conservatism" synonymous in the minds of many, the United States has always had an active, vibrant, and influential religious Left. In every period of our history, people of faith have envisioned a society of peace and justice, and their tireless efforts have made an indelible mark on our nation's history.

In Prophetic Encounters, Dan McKanan challenges simple distinctions between "religious" and "secular" activism, showing that religious beliefs and practices have been integral to every movement promoting liberty, equality, and solidarity. From Frederick Douglass, John Brown, and Elizabeth Cady Stanton in the nineteenth century to Dorothy Day, Martin Luther King Jr., and Starhawk in the twentieth, American radicals have maintained a deep faith in the human capacity to transform the world. This radical faith has always been intertwined with the religious practices of Christians and Jews, pagans and Buddhists, orthodox believers and humanist heretics. Their vision and energies powered the social movements that have defined America's progress- the abolition of slavery, feminism, the New Deal, civil rights, and others.

In this groundbreaking, definitive work, McKanan treats the histories of religion and the Left as a single history, showing that American radicalism is a continuous tradition rather than a collection of disparate movements. Emphasizing the power of encounter-encounters between whites and former slaves, between the middle classes and the immigrant masses, and among activists themselves-McKanan shows that the coming together of people of different perspectives and beliefs has been transformative for centuries, uniting those whose faith is a source of activist commitment with those whose activism is a source of faith.

Offering a history of the diverse religious dimensions of radical movements from the American Revolution to the present day, Prophetic Encounters invites contemporary activists to stand proudly in a tradition of prophetic power.

Dan McKanan is Assistant Professor of Theology at St. John's University and College of Saint Benedict in Minnesota.

..".[H]is packed chronicle stands to be the book-of-first-resort on the intersection of religion and radicalism in America."--Booklist

"Dan McKanan's Prophetic Encounters is a revelation of a book. Beautifully written and boldly conceived, it the most accessible and comprehensive study to date of the 'sibling' relationship--and rivalry--between radicalism and religion in American history. Shattering the stubborn myth that politics and religion don't mix, McKanan shows us instead that we can't possibly understand one without the other. Prophetic Encounters insists that the American radical tradition itself is the strongest sign we have of our stubborn faith in the power of the nation's founding ideals and the possibility of building a world where they are finally, and fully, realized. This book is a must-read for activists and academics, people of faith and non-believers alike."--Timothy Patrick McCarthy, Harvard University, co-editor of The Radical Reader: A Documentary Anthology of the American Radical Tradition

"To be a radical means to go to the root of things. The root of American radicalism has been among religious people. Secularists, individualists, please take note! Encounters and dialogue between religiously motivated radicals and more secular activists remain important. America, 'the nation with the soul of a church, ' cannot be changed by those who ignore or scorn religion. This book proves that in vitalizing stories. They go from our roots as a democratic republic to recent efforts to feed the withering branches of social activism with living waters for all souls. Blessings on Dan McKanan, a storyteller, theologian, and historian who feeds the activist soul!"--John Buehrens, co-author, A House for Hope: The Promise of Progressive Religion in the 21st Century

"Prophetic Encounters is the most important book on the radical tradition in America to emerge in years. Spanning almost two hundred years of American history, and written with subtlety and grace, it tells the story of the intricate links between the radical reform tradition and the 'prophetic power' of religious belief. It is not only a brilliant work of scholarship, but a stirring handbook for present and future radicals--for in Dan McKanan's deft hands, history becomes the activist's muse."--John Stauffer, award-winning author of The Black Hearts of Men and Giants and Professor of the History of American Civilization at Harvard

"Prophetic Encounters is an endlessly fascinating history of America's most creative dissenters. Dan McKanan's vast knowledge and unflagging enthusiasm make this book essential reading for activists, for scholars, or for anyone interested in the religious dimensions of social change."--Joseph Kip Kosek