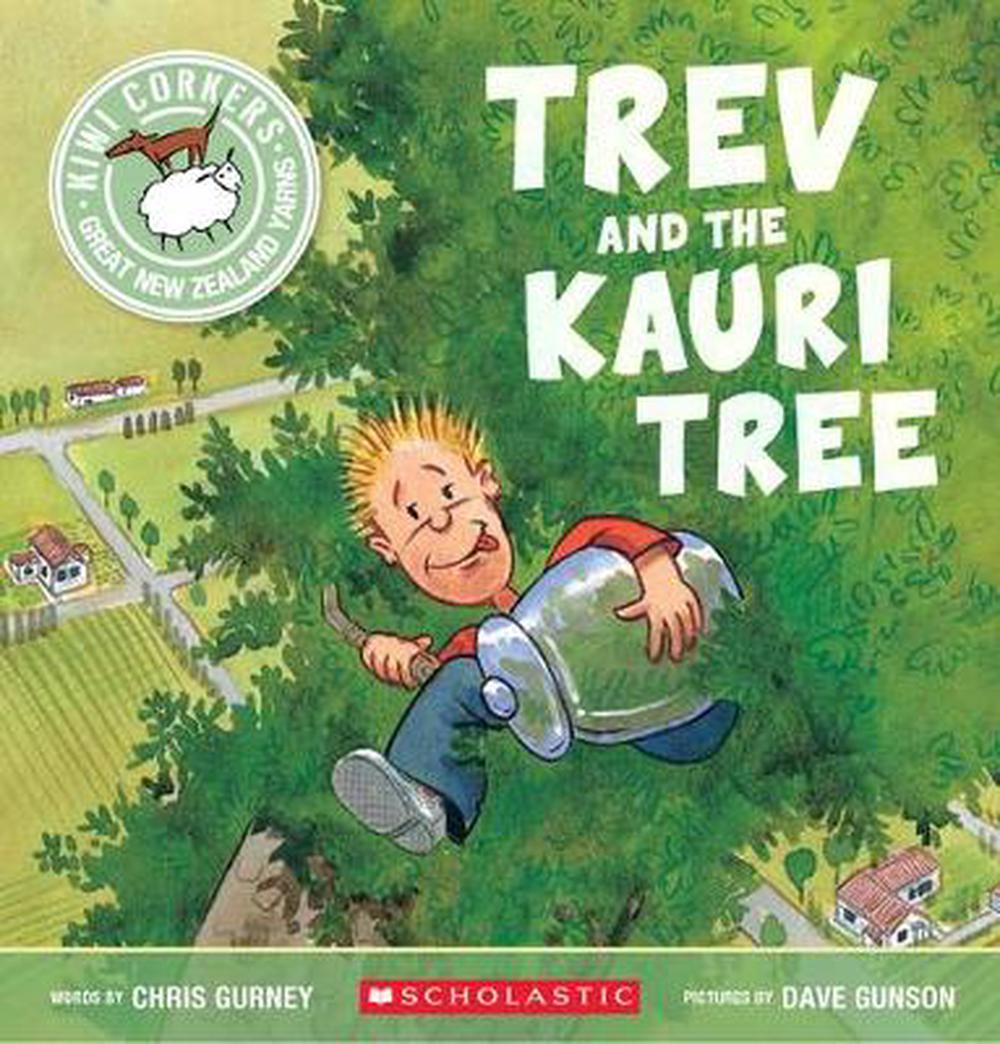 Jack and the Beanstalk gets a Kiwi makeover! Times are tough, and when Mum sends Trev off to the market to sell his bike, she is disgusted when he comes home with a handful of seeds and chucks them out the window. Next morning, Trev is amazed to see a giant kauri tree has grown up beside the house ...and at the top of the tree he finds a taniwhas lair ... A humorous Kiwi version of Jack and the Beanstalk in which Mum resolves the problem at the end with her trusty chainsaw!

Chris Gurney is the author of thirteen Scholastic New Zealand picture books, a large number of them part of the popular Kiwi Corkers series, which retells wellknown tales with a New Zealand flavour. Her stories are told with a faultless sense of rhyme and rhythm and show great humorous talent. Chris lives in East Auckland with her family. Dave Gunson has been a freelance artist/designer/author for nearly 40 years. Dave has written and/or illustrated around 200 books, including a number of titles for Scholastic, such as the very popular Wildlife Stuff. More recently he has worked on Scholastic NZ's Diary series: Diary of a Pukeko, Diary of a Bat, Diary of a Frog and Diary of a Sea Lion. In addition, Dave has illustrated two of the popular Kiwi Corkers series. He lives in Birkenhead, Auckland, with his wife Barbara.