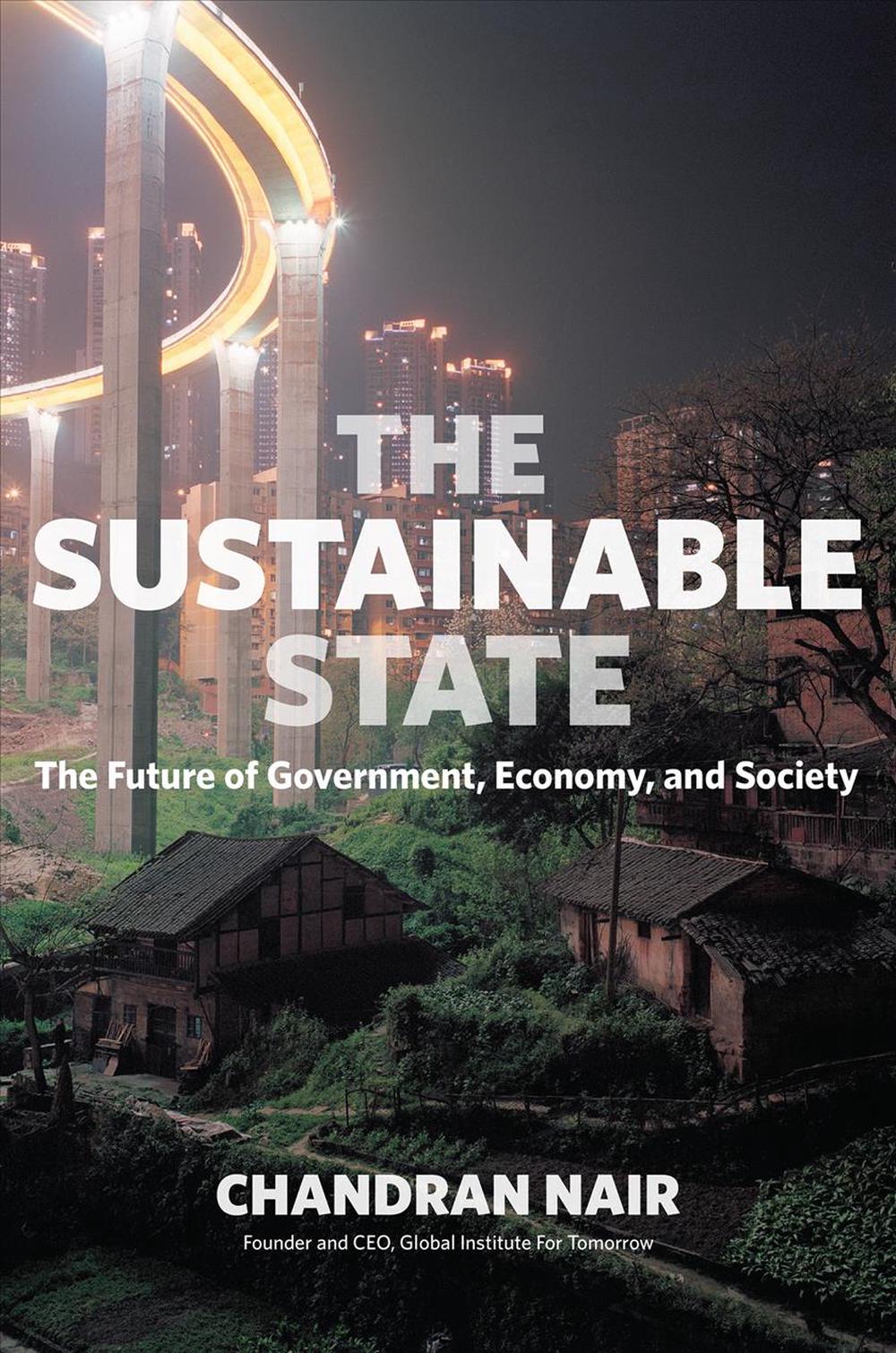 For decades, the Western argument has been that the unfettered free market is the best vehicle for economic development and social progress. Instead, this sure-to-be-controversial book argues that a strong state with a willingness to manage the economy within resource constraints is central to the challenge of sustainable development. Only a state that can and will exert effective governance can place fair and reasonable limits on resource consumption (which is completely unrestrained in the free-market model), manage the expectations of its population, preserve ecological integrity, and ensure universal access to basic needs. This will mean rethinking the meaning of concepts like "prosperity," "freedom," and "rights," and whether Western-style democracy is the optimal form of government. This may make some in the developed world uncomfortable, but what Nair offers is a model suited to the realities of the developing world.

Chandran Nair is the founder and CEO of the Global Institute For Tomorrow, an independent pan-Asian think tank providing content-rich and intellectually challenging executive education from an Asian worldview. He was chairman of Environmental Resources Management in Asia Pacific until 2004, establishing the company as Asia's leading environmental consultancy. He is a regular speaker at global forums including the World Economic Forum, where he is a member of the Global Agenda Council on Governance for Sustainability, APEC Summits and OECD events. He has served as an adjunct professor at the Hong Kong University of Science and Technology and the Lee Kuan Yew School of Public Policy in Singapore.

"Chandran Nair asks difficult questions and offers bold, provocative answers. One may disagree with his answers but has to admire his willingness to tackle thorny problems. These pages open our eyes to some of the most urgent problems facing humanity. A must-read." --Moises Naim, Distinguished Fellow, Carnegie Endowment for International Peace, and author of The End of Power "Nair shows that more than ever, state capacity matters for sustainable prosperity, and this is precisely the Achilles' heel of most of the developing world." --Gurcharan Das, author of India Unbound, The Difficulty of Being Good, and India Grows at Night

"Chandran Nair is an incisive and visionary thinker with a properly sober take on our 'crowded and resource-constrained' future. He is totally right in The Sustainable State that the emerging economies' adoption of the consumption-driven model of growth that has characterized the wealthy West would exhaust our planet's capacity. As he also rightly argues, what is needed is both a cultural shift from an aspiration of well-having to one of well-being and a shift from the free rein of the market's invisible hand to intelligent governance through the guiding hand of the state." --Nathan Gardels, cofounder of the Berggruen Institute and Editor-in-Chief, The WorldPost

"Most development models, including those concerning sustainability, are based on Western experiences and ideology. Problems have arisen therefrom and they have proven inadequate or inappropriate for current challenges and socioeconomic realities of the developing world. In The Sustainable State, Chandran Nair draws upon the Asian experience--including China and its successes--to suggest a more fitting approach for the 'global majority.' His arguments are persuasive but extremely 'disruptive.'" --Ronnie C. Chan, Chairman, Hang Lung Properties, and Chairman Emeritus, Asia Society

"Much of our current understanding of the nature of the state and its role comes from Western experience, e.g., Westphalia, the Industrial Revolution, the Cold War, the internet. But this is not what government and good governance means to most people outside of the West. Chandran Nair's groundbreaking book tries to explain from a non-Western perspective what governments can and must do for the global majority in an era of resource constraints." --Professor Kiyoshi Kurokawa, Chairman, Fukushima Nuclear Accident Investigation Commission, and Science Advisor to the Cabinet of Japan

"In this brilliant new book, Chandran Nair takes on the elephant in the room: how could a genetically and culturally small-group animal reorganize itself to live in groups of millions and billions without finishing the job of destroying its life-support systems? Can huge poor nations create governance systems that will allow all their people to enjoy decent lives, and how can huge rich states modify theirs to make this possible? Everyone with an interest in the human predicament will want to read The Sustainable State." --Paul R. Ehrlich, author of The Population Bomb and coauthor of The Annihilation of Nature

"First with Consumptionomics, now with The Sustainable State, Chandran Nair describes an alternative path and meaning of progress: governance, when good, is an essential antidote to irresponsible, injurious capitalism and individual license. This is a book for our times." --Zoher Abdoolcarim, former Asia Editor, Time

"The role of the state has withered. Chandran Nair is one of the few people to understand that the pendulum has swung too far and that more and better government will be needed to address our global challenges successfully. His arguments are persuasive and powerful." --Graeme Maxton, Secretary-General, Club of Rome, and coauthor of Reinventing Prosperity

"Nair is saying it when others are shying away. Liberal democracies and capitalist markets have not helped mankind achieve sustainable development. These are the rich countries of the world--the biggest of which don't believe in too much regulation. In developing economies, competing thoughts have emerged that argue for the necessity of comprehensive state intervention. Nair gives us a fulsome narrative to consider this crucial debate that has finally dawned." --Christine Loh, Chief Development Strategist, Institute for the Environment, Hong Kong University of Science and Technology, and former Undersecretary for the Environment, Hong Kong

"Chandran Nair's commendable new book, The Sustainable State, provides an inspirational new way of thinking about developing the type of state that can do the most good for the largest number of people. His propositions are especially useful for the governance of crowded, resource-constrained countries such as mine, Nigeria. He offers great insights on how developing a strong pro-people state can steer people and resources along the path of genuine sustainable development that serves the interest of the masses." --Jibrin Ibrahim, Professor of Political Science and Senior Fellow, Centre for Democracy and Development