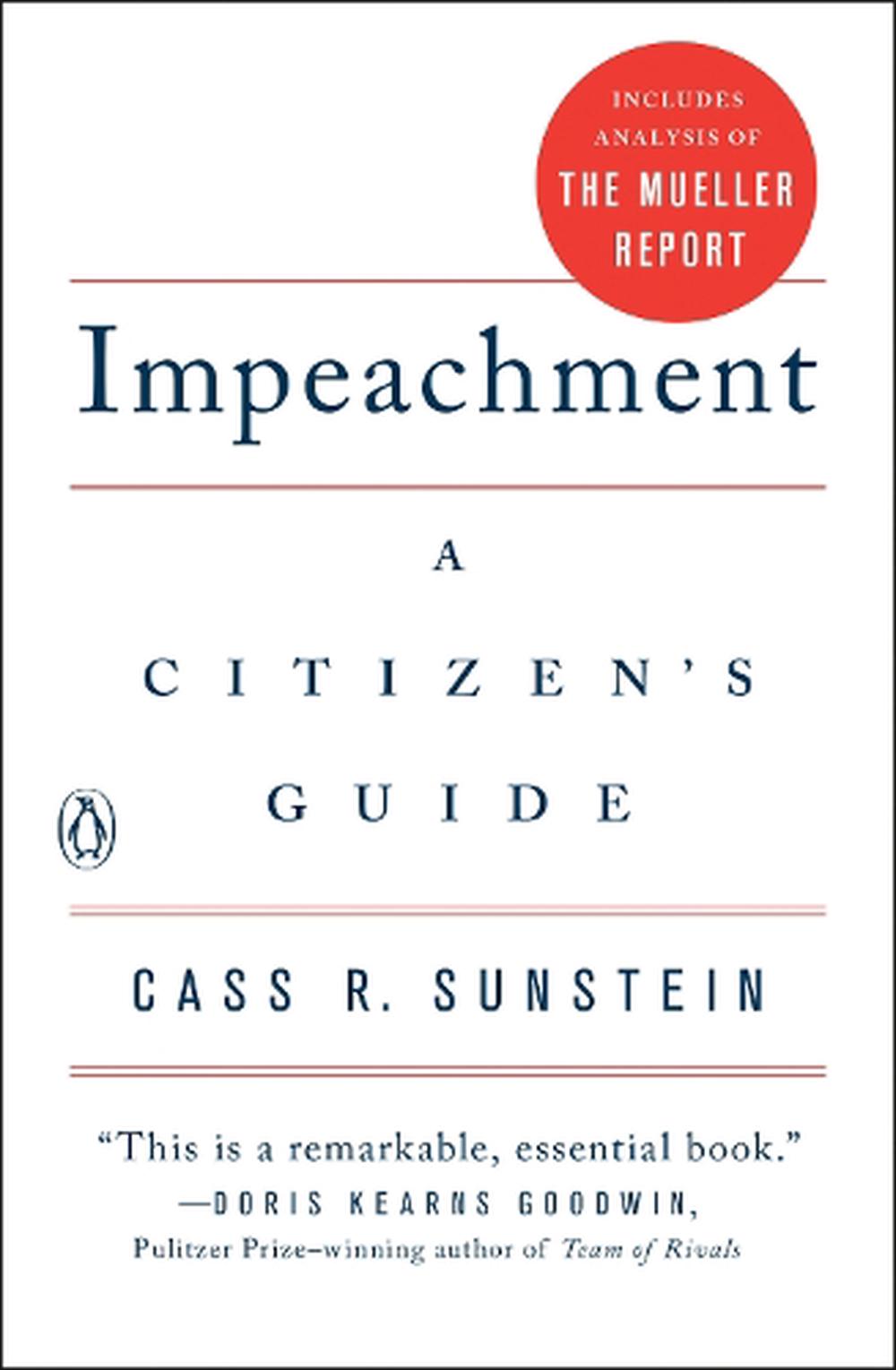 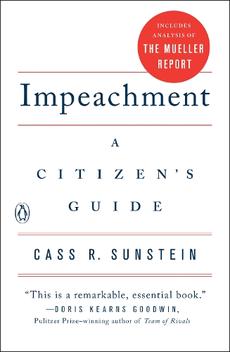 As Benjamin Franklin famously put it, Americans have a republic, if we can keep it. Preserving the Constitution and the democratic system it supports is the public's responsibility. One route the Constitution provides for discharging that duty--a route rarely traveled--is impeachment.

Harvard Law professor Cass R. Sunstein provides a succinct citizen's guide to this essential tool of self-government. Taking us deeper than mere partisan politics, he illuminates the constitutional design behind impeachment and emphasizes the people's role in holding presidents accountable. In spite of the loud national debate between pundits and politicians alike over whether or not to impeach Trump, impeachment remains widely misunderstood. Sunstein identifies and corrects a number of common misconceptions. For example, he shows how the Constitution, not the House of Representatives, establishes grounds for impeachment, and that the president can be impeached for abuses of power that do not violate the law. Even neglect of duty counts among the "high crimes and misdemeanors" delineated in the republic's foundational document. Sunstein describes how impeachment helps make sense of our constitutional order, particularly the framers' controversial decision to install an empowered executive in a nation deeply fearful of kings.

With an eye toward the past and the future, Impeachment- A Citizen's Guide considers a host of actual and imaginable arguments for a president's removal, explaining why some cases are easy and others hard, why some arguments for impeachment have been judicious and others not. And with an appendix on the Mueller report, it puts the current national debate in its proper historical context. In direct and approachable terms, it dispels the fog surrounding impeachment so that Americans of all political convictions may use their ultimate civic authority wisely.

Cass R. Sunstein is Robert Walmsley University Professor at Harvard University, where he is founder and director of the Program on Behavioral Economics and Public Policy. He is the most cited law professor in the United States and probably the world. He has served as Administrator of the White House Office of Information and Regulatory Affairs and as a member of the President's Review Group on Intelligence and Communications Technologies, and as a frequent adviser to governments all over the world.

"With insight, wisdom, affection, and concern, Sunstein has written the story of impeachment every citizen needs to know. This is a remarkable, essential book."--Doris Kearns Goodwin "Thoroughly grounded in constitutional history and past practice... Excellent."--Noah Feldman and Jacob Weisberg, The New York Review of Books

"Sunstein's goal was to lay out a legal and historical framework for thinking about impeachment, independent of any specific president. I've been thinking about the topic a lot since finishing the book, and I want to recommend [it]... [It's a] careful history of impeachment--of when the founders believed it was appropriate and necessary."--David Leonhardt, The New York Times

"Considering that the only executive branch event more unnerving for voters than impeachment is assassination, Sunstein's book...is a surprisingly cheerful read."--Sarah Vowell, The New York Times

"Sunstein has written a concise, enlightening, and argumentative history and guide to getting rid of presidents... It's more of a why-to and when-to, and a what-were-they-thinking-when-they-decided-to kind of book. Sunstein delves into the writings, speeches, and deliberations of America's revolutionary generation."--Carlos Lozada, The Washington Post

"A lively, compact, and authoritative account... [Sunstein] addresses the most intriguing questions posed by this little used but pivotal constitutional provision... Truly lives up to its promise of being 'A Citizen's Guide.' ...Excellent."--Stephen Rohde, The Los Angeles Review of Books

"Explains the historical origins of the impeachment concept, and offers a checklist as to when the principle might be applied... Now, more than ever, cool heads are needed to safeguard the U.S. Republic: thank goodness for this book--and its handy impeachment checklist."--Gillian Tett, Financial Times

"Impeachment: A Citizen's Guide offers edifying background for an argument that might soon be in need of eloquent, as well as passionate, delivery."--Richard Blaustein, The Los Angeles Review of Books

"A compact, concise, and highly relevant civics lesson. There have been a number of books published about impeachment, many of them partisan manifestoes. What makes Sunstein's book of such great interest is its lack of fanfare and knife-sharpening. The author is a learned and accessible guide as he maneuvers his way through the history of democracy's nuclear option... A welcome, timely, ideal primer."--Kirkus Reviews

"The book is a tribute to the Founding Fathers' wisdom in providing for a remedy in case someone who is vicious, lawless and unfit should somehow end up in power."--Scott McLemee, Inside Higher Ed

"Sunstein is well positioned to provide this balanced and timely overview of the role of impeachment in American democracy... An essential guide to understanding impeachment's function within the 'constitutional system as a whole' and a persuasive argument that the impeachment clause places 'the fate of the republic' in the hands of its citizenry."--Publishers Weekly

"This slim book is thoroughly researched, easy to read and for some perhaps a real eye-opener."--Owen Dawson, The Irish Times

"Offers a highly accessible, brilliantly thoughtful, and politically neutral analysis of what the Constitution means for our present moment and for generations that follow."--Ryan Goodman, Just Security

"With speculation rife about the possibility of impeaching President Trump, this little book is indeed timely."--Felix M. Larkin, The Irish Catholic

"Sunstein provides a brief, readable survey of the issue, beginning with early English history and continuing to the present... Sunstein concludes with key questions that every American should consider together with the constitutional standards that would govern it."--W. C. Johnson, Choice