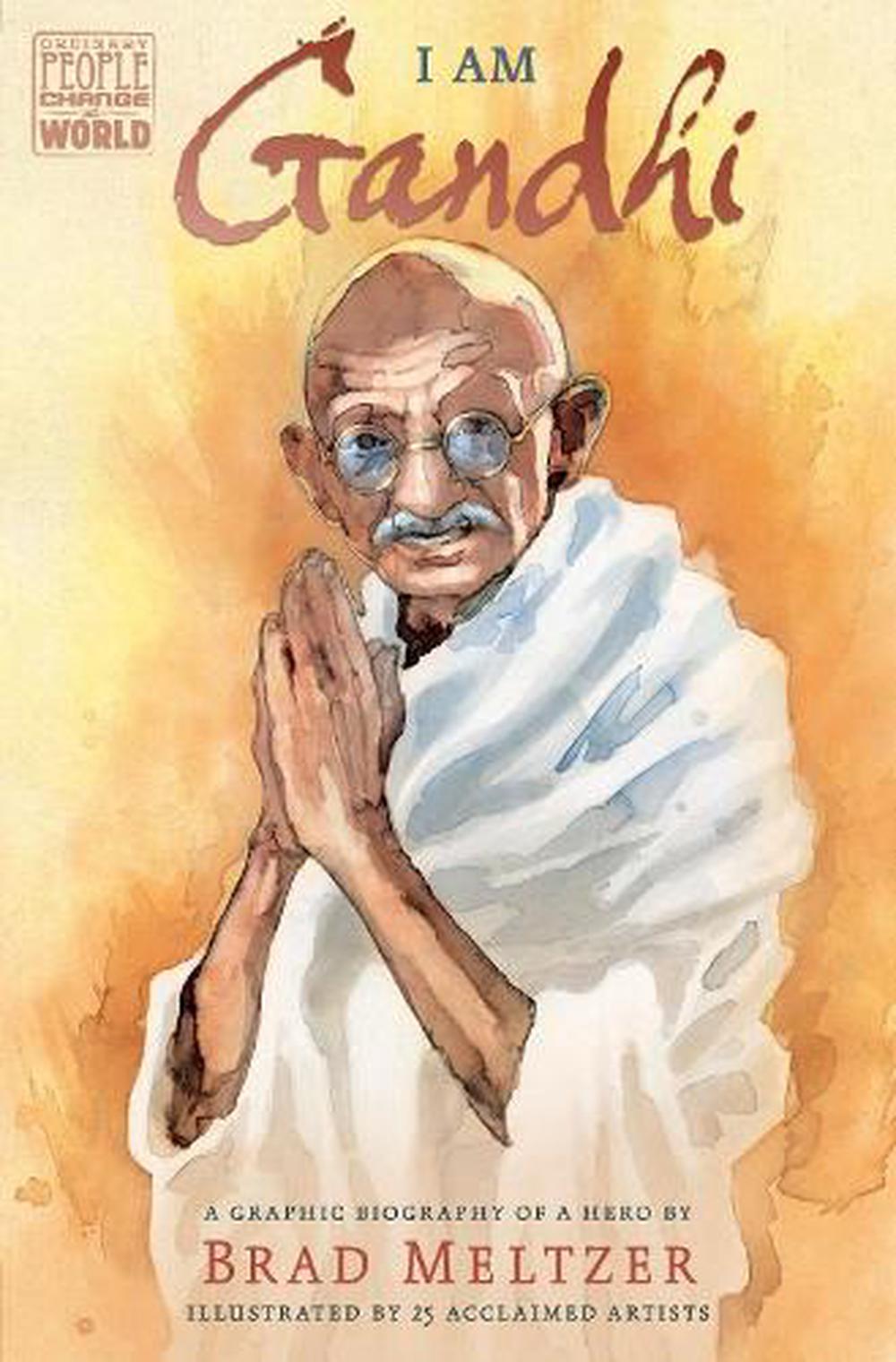 OTHER FORMATS:
PUBLISHED: 15th May 2018
ISBN: 9780525552727
ANNOTATION:
A short biography of the man who most inspired the Indian revolt against British rule.

A short biography of the man who most inspired the Indian revolt against British rule.

As a young man in India, Gandhi saw firsthand how people were treated unfairly. Refusing to accept injustice, he came up with a brilliant way to fight back through quiet, peaceful protest. He used his methods in South Africa and India, where he led a nonviolent revolution that freed his country from British rule. Through his calm, steady heroism, Gandhi changed the lives of millions and inspired civil rights movements all over the world, proving that the smallest of us can be the most powerful.

Galvanized by Gandhi's example of gentle, peaceful activism, New York Times bestselling author Brad Meltzer asked his friends in the comic book world to help him make a difference by creating this philanthropic graphic novel. Twenty-four illustrators--including many of the most acclaimed artists in comics today--enthusiastically joined the project, agreeing to donate their work so that their royalties can go to Seeds of Peace, a non-profit organization that inspires and cultivates new generations of global leaders. This extraordinary biography is a glorious team effort that truly exemplifies Gandhi's selflessness and love for humanity.

Brad Meltzer is the New York Times bestselling author of Heroes for My Son, Heroes for My Daughter, and a number of suspense novels like The House of Secrets. He is also the host of the History Channel television shows Brad Meltzer's Decoded and Brad Meltzer's Lost History. He lives in Florida with his wife and their three children.