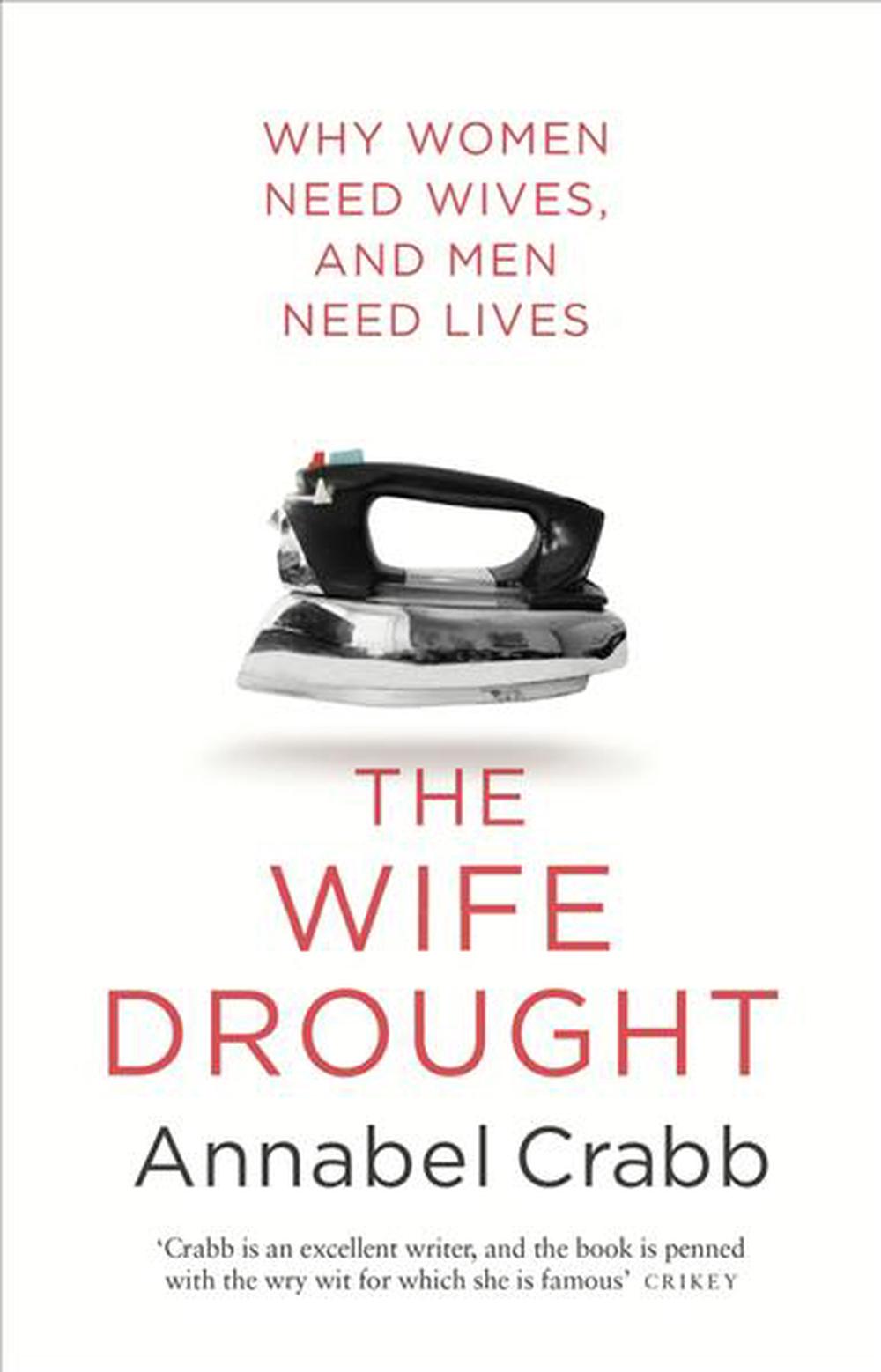 'I need a wife' It s a common joke among women juggling work and family. But it s not actually a joke. Having a spouse who takes care of things at home is a Godsend on the domestic front. It s a potent economic asset on the work front. And it s an advantage enjoyed even in our modern society by vastly more men than women. Working women are in an advanced, sustained, and chronically under-reported state of wife drought, and there is no sign of rain. But why is the work-and-family debate always about women? Why don t men get the same flexibility that women do? In our fixation on the barriers that face women on the way into the workplace, do we forget about the barriers that for men still block the exits? The Wife Drought is about women, men, family and work. Written in Annabel Crabb s inimitable style, it s full of candid and funny stories from the author s work in and around politics and the media, historical nuggets about the role of The Wife in Australia, and intriguing research about the attitudes that pulse beneath the surface of egalitarian Australia. Crabb s call is for a ceasefire in the gender wars. Rather than a shout of rage, The Wife

Annabel Crabb is one of Australia s most popular political commentators, a Walkley-awarded writer, and the host of Australia s first dedicated political cooking show, ABC TV s Kitchen Cabinet. She writes for ABC Online s The Drum and has worked extensively in TV and radio. She is a columnist for the Sunday Age, Sun-Herald and Canberra s Sunday Times, and has worked as a political correspondent and sketchwriter for titles including the Advertiser, the Age and the Sydney Morning Herald, and as London correspondent for Fairfax s Sunday papers. She won a Walkley Award for her 2009 essay on Malcolm Turnbull, and was Australia s 2011 Eisenhower Fellow. Annabel is an enthusiastic social media user and tweets about politics and food as @annabelcrabb. She lives in Sydney with her partner, Jeremy, and their three children.