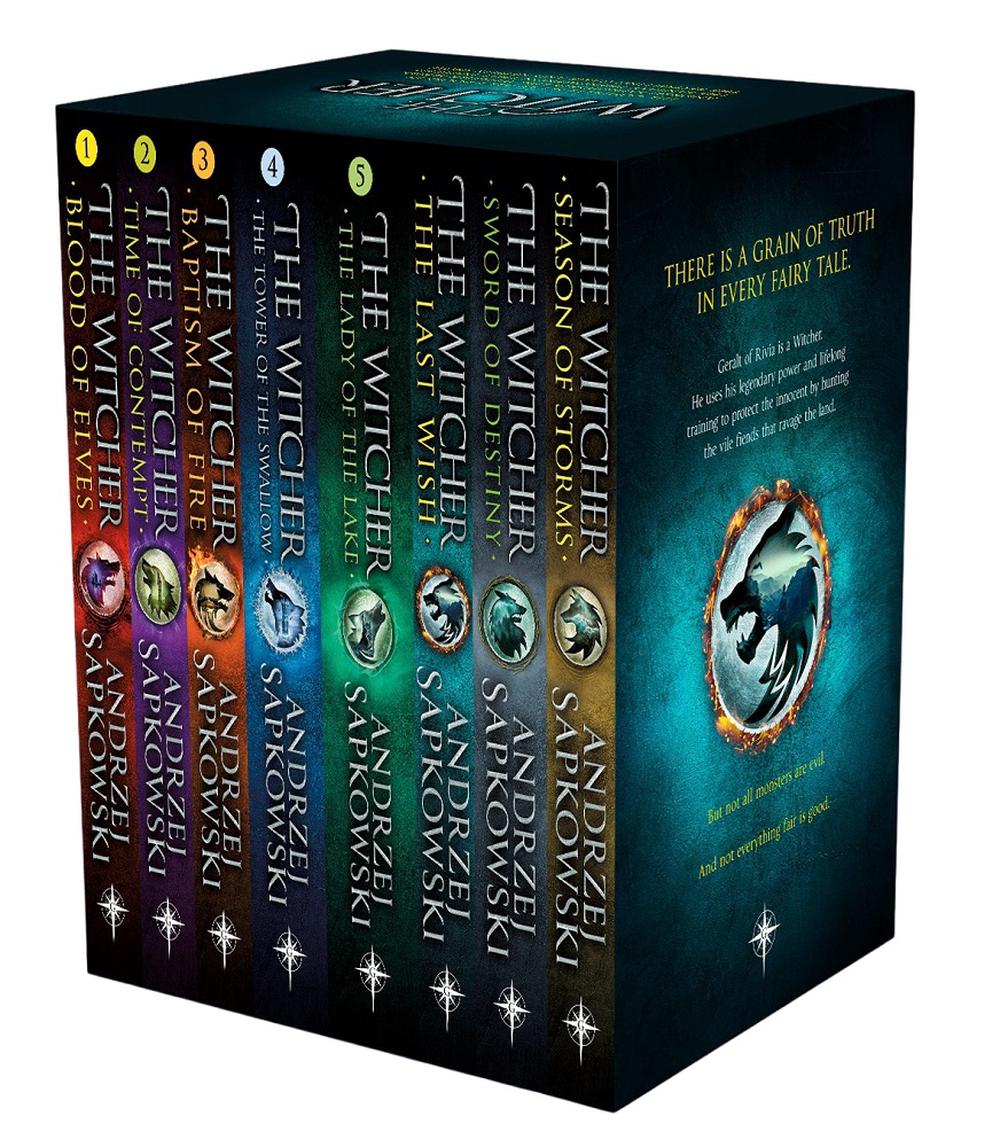 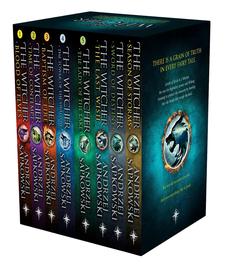 The complete boxed set of all eight books in the legendary Witcher series, the award-winning phenomenon that inspired the bestselling Witcher video games and hit Netflix show

Meet Geralt of Rivia - the Witcher - who holds the line against the monsters plaguing humanity in the bestselling series that inspired the Witcher video games and a major Netflix show.

The Witcher's magic powers and lifelong training have made him a brilliant fighter and a merciless assassin.

Yet he is no ordinary killer: he hunts the vile fiends that ravage the land and attack the innocent.

Andrzej Sapkowski, winner of the World Fantasy Lifetime Achievement award, started an international phenomenon with his Witcher series. This boxed set contains all eight books: THE LAST WISH, SWORD OF DESTINY, BLOOD OF ELVES, TIME OF CONTEMPT, BAPTISM OF FIRE, THE TOWER OF THE SWALLOW, THE LADY OF THE LAKE, SEASON OF STORMS.

Sapkowski was born in 1948 in Poland. He studied economy and business, but the success of his fantasy cycle about the sorcerer Geralt de Rivia turned him into a bestselling writer and he is now one of Poland's most famous and successful authors, selling more in his own country than Stephen King or Michael Crichton.

Like Mieville and Gaiman, Sapkowski takes the old and makes it new - FOUNDATION

An incredibly nuanced, well-articulated novel, imbued with a self-assured command of description and brimming with Eastern European folklore - Starburst on Time of Contempt

There's lots of imagination on show, the writing has a strong voice, and the Witcher is an entertaining character - Mark Lawrence