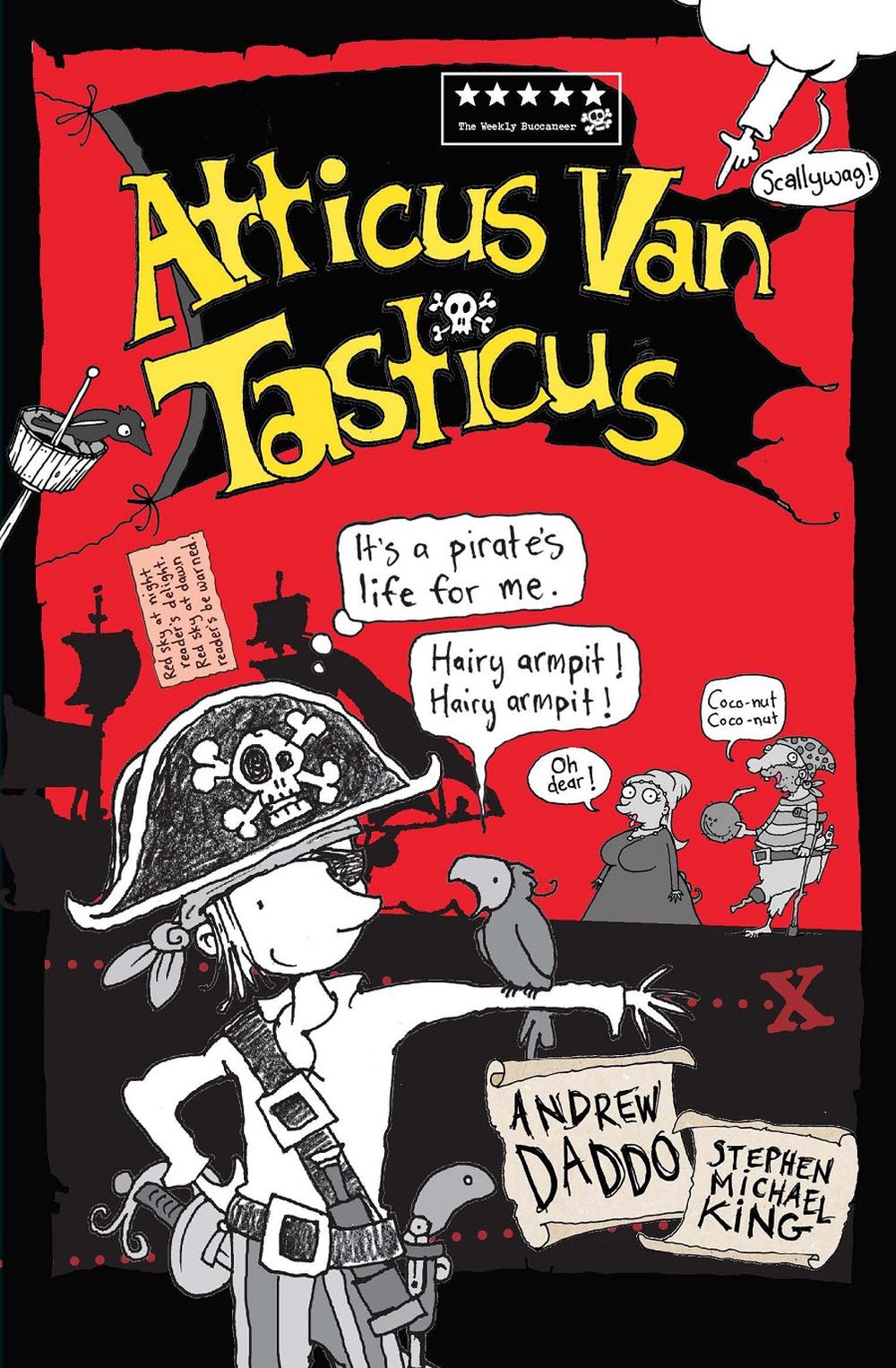 As part of an ancient family tradition, young Atticus Van Tasticus narrowly escapes a life down the coal mines - or worse, going to school - when he gets to choose the gift of a pirate ship from his Grandnan's treasure pile.

It's a choice that will change the course of history - well, OK, his story, at least. Atticus pulls together a rag-tag bunch of misfits - AHEM - a tough, brilliant crew, and sets out to wreak havoc - I mean - live a piratin' life.

With little else to his name, Atticus has a taste for adventure, beauty and danger - where any minute might be your last, and your next minute could be your best (...if only they could get off the dock).

Andrew Daddo (Author) Andrew Daddo has managed to have a crack at just about every aspect of the entertainment industry. He's appeared on TV and stage, presented radio programs and podcasts, and even made movies. Best of all, Andrew is an accomplished author. He has written 25 books including picture books, chapter books, short story collections, novels and a vague biography - he's hard to pin down. He also talks up literacy in schools.

Stephen Michael King (Illustrator) Stephen Michael King is renowned worldwide for picture books including The Pocket Dogs and The Man Who Loved Boxes. Books he has both written and illustrated include A Bear and a Tree, Leaf, Rainbow Bear, Mutt Dog, Snail and Turtle are Friends, and most recently Three. Many of his books have been shortlisted by the CBCA, and have won or appeared frequently on children's own voting lists such as YABBA. Stephen has illustrated many stories for the Penguin Random House Aussie Nibbles series and has most recently embarked on some crazy pirating adventures with Andrew Daddo for the Atticus Van Tasticus junior fiction series.

A ten-year-old pirate captain? Absurd? Not in the world of Atticus Van Tasticus, a fabulously funny new illustrated junior fiction series from the brilliant and wacky creative minds of Andrew Daddo and Stephen Michael King.