by Alexander Freed and Mac Walters 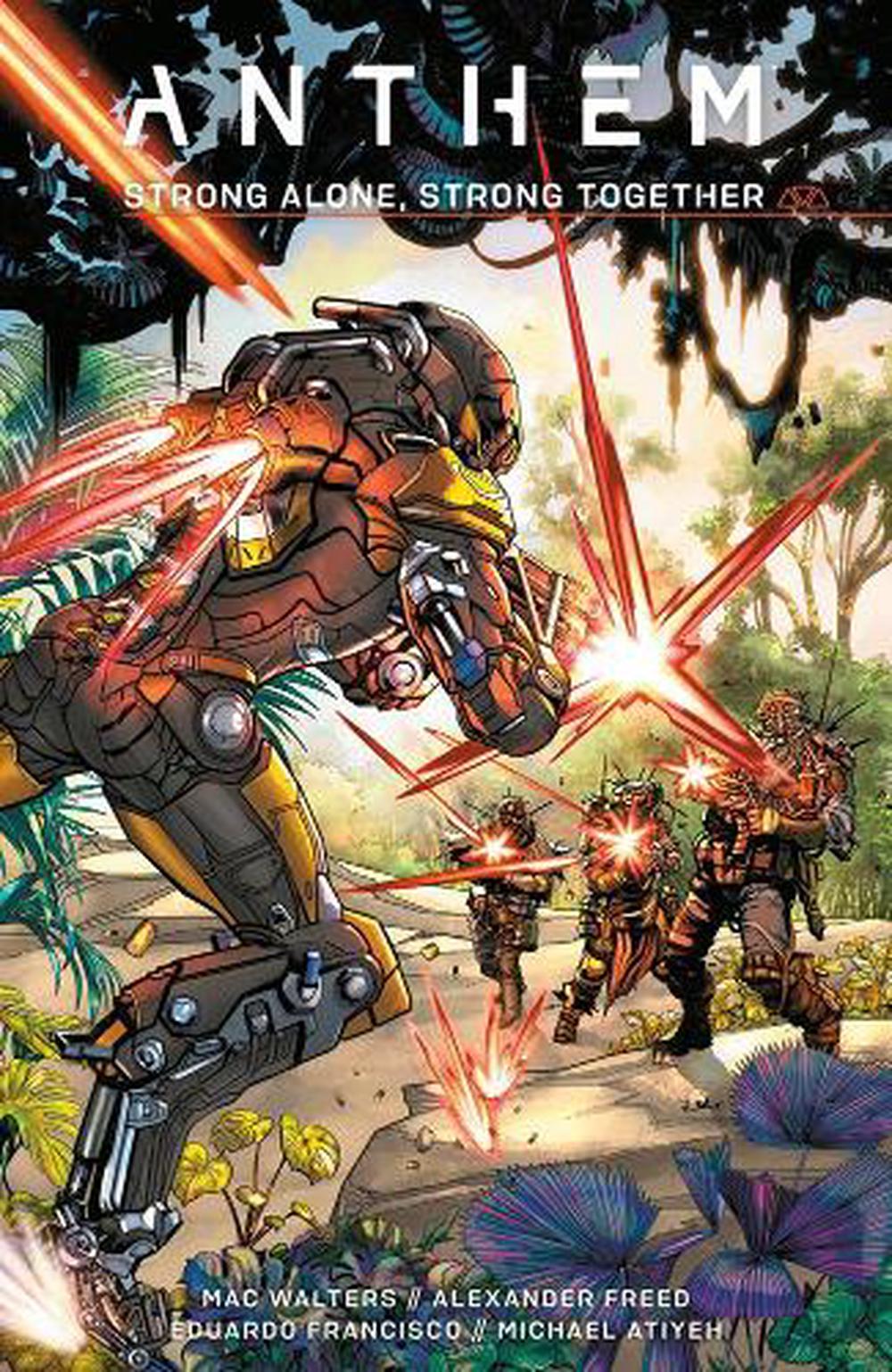 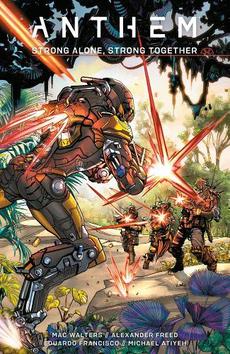 "This volume collects issues #1 through #3 of the Dark Horse comic-book series Anthem."

From the video game developer that has defined roleplaying games with seminal franchises such as Mass Effect, Dragon Age, Baldur's Gate, and Star Wars- Knights of the Old Republic comes a world brimming with new heroes, new threats, and new stories.

Yarrow--one of the brave warriors known as Freelancers who pilot powerful Javelin exosuits--rescues a lone boy, Kismet, from an ambush. With no family left alive, Kismet is placed with a family in Fort Tarsis, a human outpost surrounded by untamed wilderness. His adoptive sister, Jani, struggles with Kismet's withdrawn personality at first, but over the years, the two become close friends. As they grow, Jani learns to fly and fight in Javelin armor, while Kismet trains to join the ranks of the mysterious Cyphers. The pair find themselves split, each pursuing their own craft of war, until an enemy force--large and vicious--appears on the horizon, bringing them together to face their ultimate test.

They vowed to defend humanity, but can they protect each other?

From 2006 to 2012, Freed was part of the in-house writing staff at video game developer BioWare, where he served as Lead Writer on multiple projects before departing to focus on freelancing. Since then, he has continued to work on such BioWare franchises as Star Wars- The Old Republic, Mass Effect, and Dragon Age, as well as contributing to products from companies such as Kabam, Obsidian Entertainment, Stoic, WB Games Montreal, and others.

As of this writing, he lives in Austin, Texas and refers to himself in the third person. He is an avid roller skater and eater of mangos.