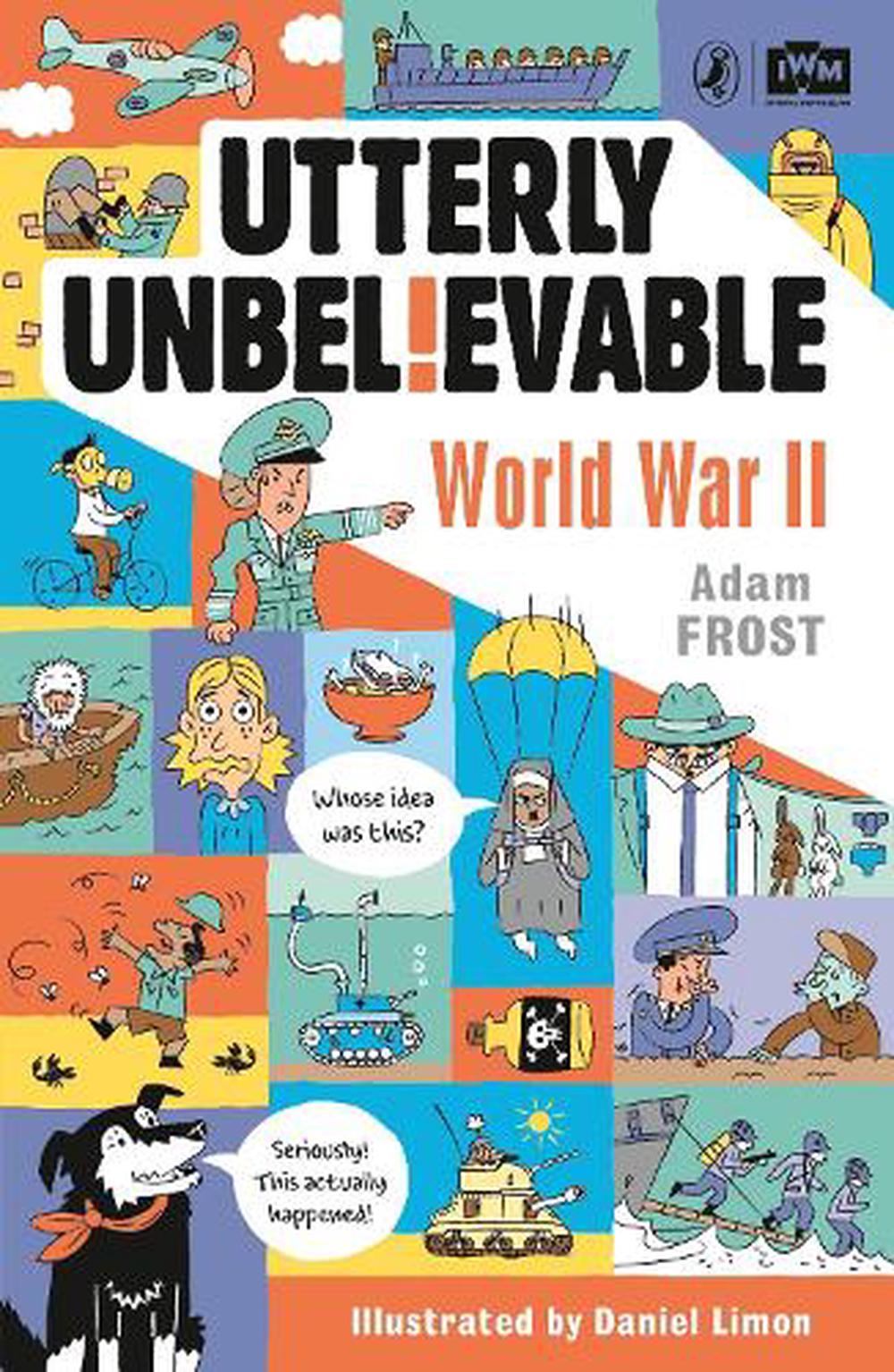 Prepare to discover the most utterly unbelievable REAL facts about WWII . . . Did you know that onions were given as birthday presents in WWII? Or that exploding camel dung was used as a weapon? Could a leaky toilet force a submarine crew to abandon ship?

This is history like you've never known it before! Ask yourself . . .

Would you eat squirrel tail soup, cow's udders, or a carrot on a stick? Could you share 12.7cm of bathwater with your WHOLE family - for your weekly wash? If you were a spy, which gadgets and inventions would you choose?

From flying tanks to Operation Toenail, read about the daring, tragic and heroic events that shaped one of the most influential conflicts in modern times. With a bold design and colourful illustrations, picture the most amazing, and unbelievable, facts from this world-changing time.

Puffin and IWM (Imperial War Museums) are proud to be working together to educate and inspire young readers with tales from the past. Puffin know that stories can take you anywhere. As one of the most beloved children's publishers, we aim to fire every young imagination. Uncovering people's experiences during wartime, from the First World War to the present day, IWM is a family of five museums (IWM London, Churchill War Rooms, HMS Belfast, IWM North, and IWM Duxford).

Adam Frost is an award-winning children's author by night and a graphic designer by day! He's scribbled stories, fact books, and he's even been on Blue Peter. In his day job he designs mind-boggling facts for people such as The Guardian, The New Statesman and Buzzfeed. His mission is to spread barmy and fascinating (but utterly true) facts, such as - in WWII Britain, onions were so rare that children were given them as a birthday present!

Discover the most unbelievable facts about the Second World War - this is history like you've never known it before!