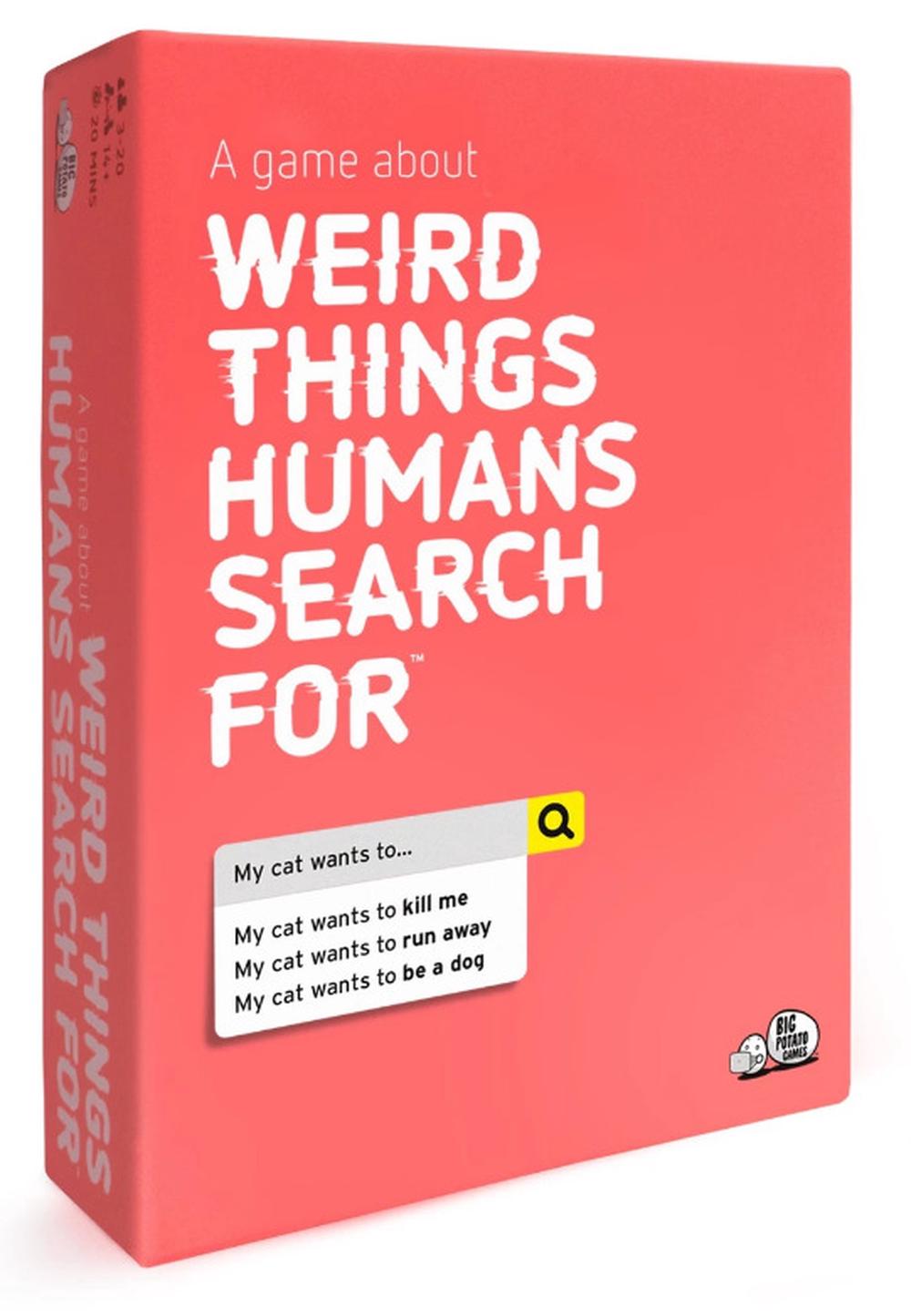 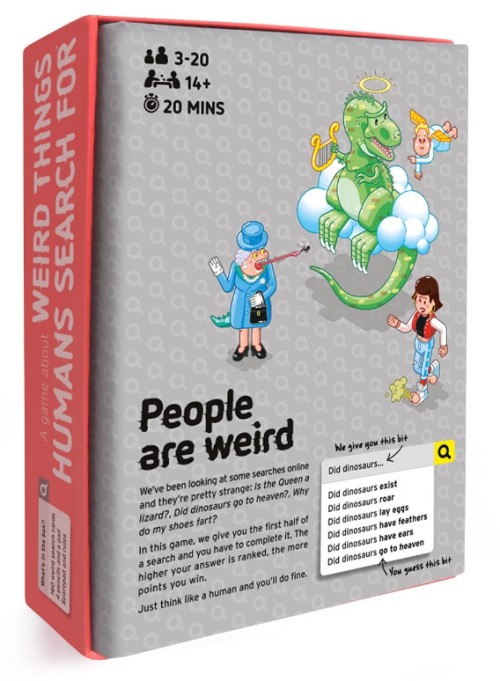 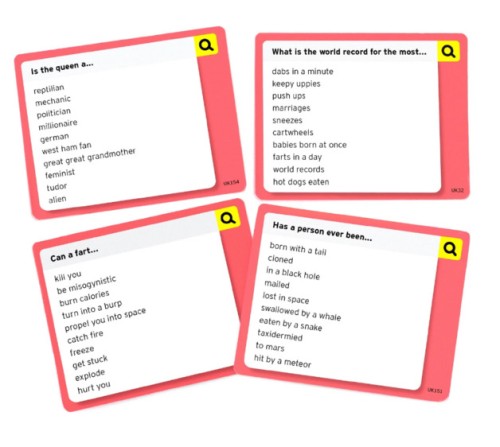 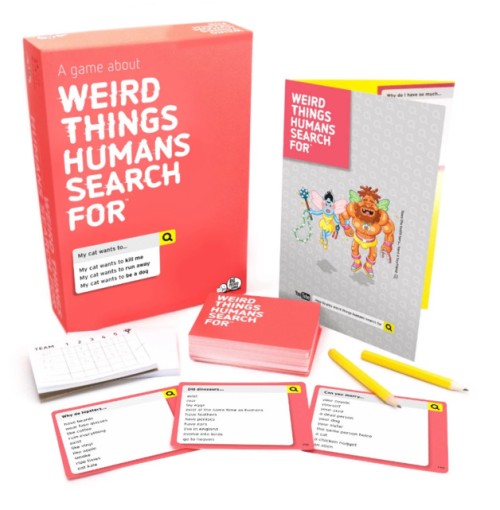 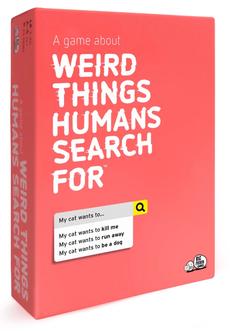 In order to make this party game, we spent months pouring over every popular internet search known to man even that one you typed in at 2 am last weekend, you dirty thing. What we were left with as 160 cards, each containing a shockingly strange (yet very real) internet search. Now it's time for you to grab your friends, split into teams and second-guess exactly how weird the human race can get.

In order to excel in this party game, you'll have to take on questions about all sorts of stuff: from memes to dinosaurs, pet frogs to sumo wrestlers. As you can tell, a lot of these searches can get pretty weird so it doesn't hurt to have a few weird friends on your team alongside you!

That's right, Weird Things Humans Search For is all about aligning your mind with humanity at its oddest. In this fast-paced, two to 12 player game, your group will be trying to work out which bizarre searches from a list of several baffling options were the most popularly searched.

The game play itself is easy to grasp and teach. Each game plays over five rounds (though really, you can play as many as you like) and in each round, a search card will be drawn from the deck.

The card will give you the start of search, like, "Can a fart" you'll then have to choose options from a list of 10, which will include phrases like, "kill you," "be misogynistic" and "freeze," to help you complete real questions that people have asked of Google.

Each player will pick the two options they think are most popular and determine which of their two choices they think are the most searched. The real rankings of the answers are then revealed and you'll score points depending on how highly ranked your answers were and whether you got them the right way round.

You can play in teams or individually - it's really up to you. To make life easier, the game recommends teams once you get to a higher player count, but it's the kind of game that you can adapt to suit the group you're playing with.