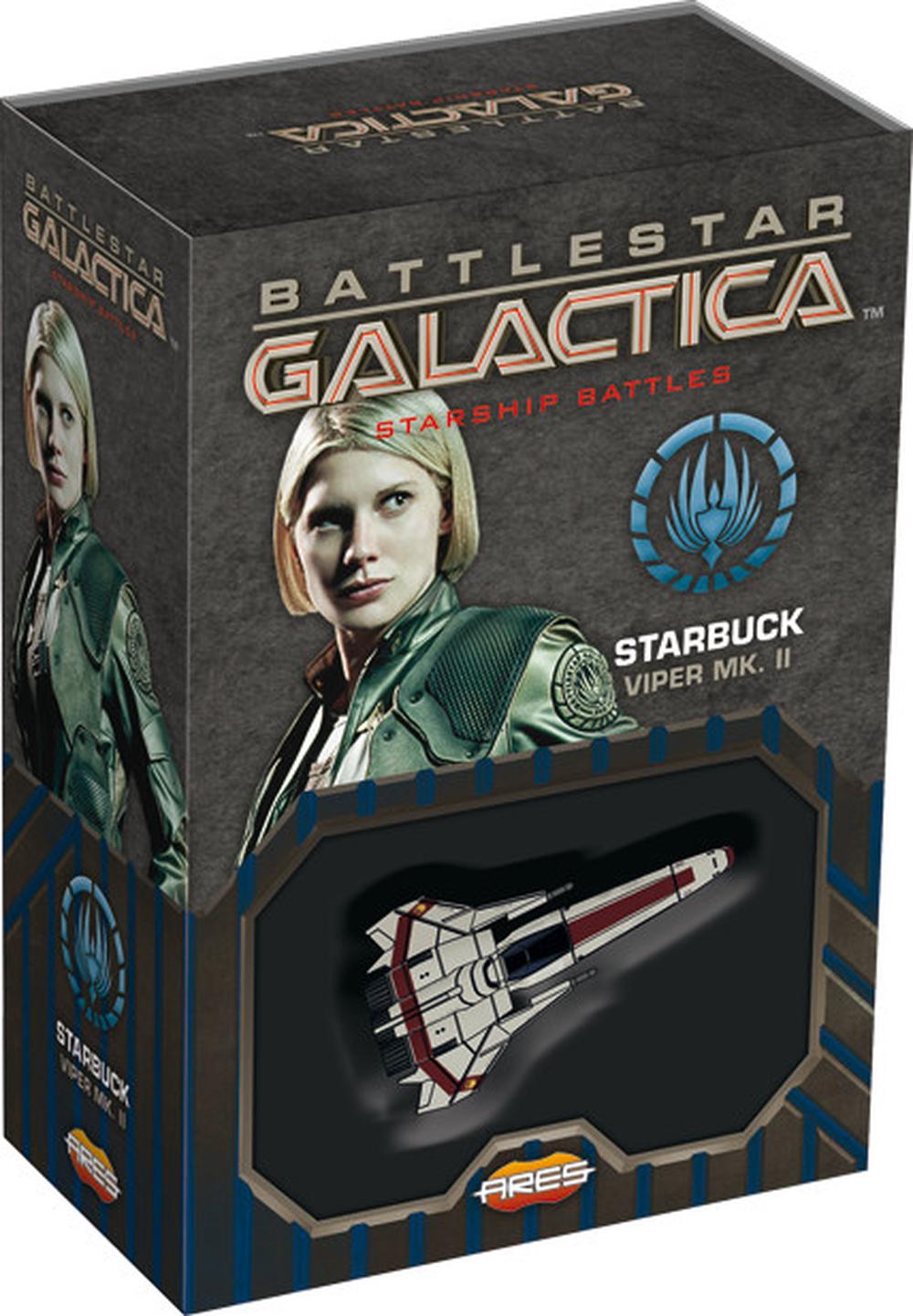 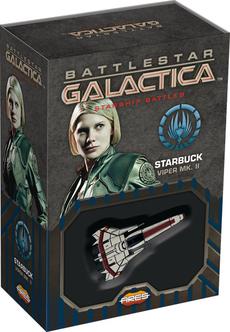 In Battlestar Galactica - Starship Battles, players take control of Colonial and Cylon spaceships and face each other in furious dog ghts and daring missions. The innovative game system features easy to learn rules, a unique set of maneuver cards for each spaceship, and two exclusive devices - the control panel (included in the Starter Set or as a separate accessory - BSG501A) and the rotating miniature base (included in each Spaceship Pack). Each Battlestar Galactica - Spaceship Pack is a ready-to-play model, painted and assembled.

The Viper is the primary space superiority fighter/attack craft of the Colonial Fleet. At the time of the First Cylon War, the Mark II was designed specifically for use with the Colonial Battlestars. While later superseded by newer models, the presence of Vipers on the Galactica proved essential to surviving the new Cylon attack.

Kara "Starbuck" Thrace is the fleet's most talented, passionate and rebellious Viper pilot. In addition to the Viper MK. II model with her callsign, this pack includes Starbuck's pilot card and skill cards.