The Act Of Killing 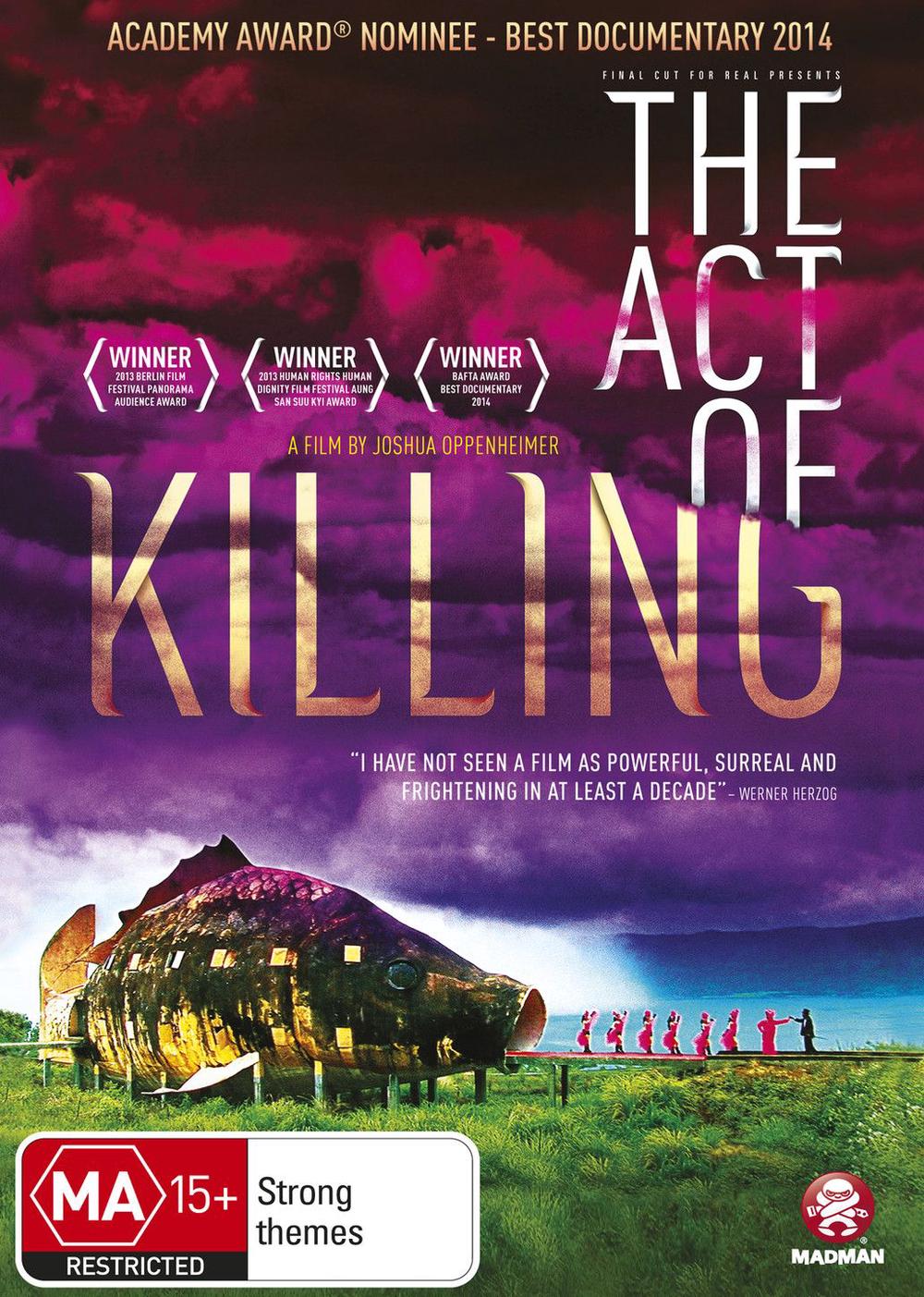 In this chilling and inventive documentary, executive produced by Werner Herzog (Grizzly Man) and Errol Morris (The Fog of War), the unrepentant former members of Indonesian death squads are challenged to re-enact some of their many murders in the style of the American movies they love. In the 1960s Anwar Congo was a leader in Indonesia’s pro-regime paramilitary group, Pancasila Youth who, along with his band of dedicated followers, was amongst those who participated in the murder and torture more than a million alleged Communists, ethnic Chinese and intellectuals. Proud of their deeds, which have still gone unpunished, Anwar and his pals are lauded as national heroes, and are delighted when the filmmakers ask them to re-enact these murders for their documentary – in any genre they desire. Initially Anwar and his friends enthusiastically take up the challenge using hired actors, making elaborate sets and costumes, but eventually as the movie violence is played out and reconstructed, Anwar’s conscience begins to stir and feelings of remorse surface.