The Copernicus Legacy: The Crown of Fire 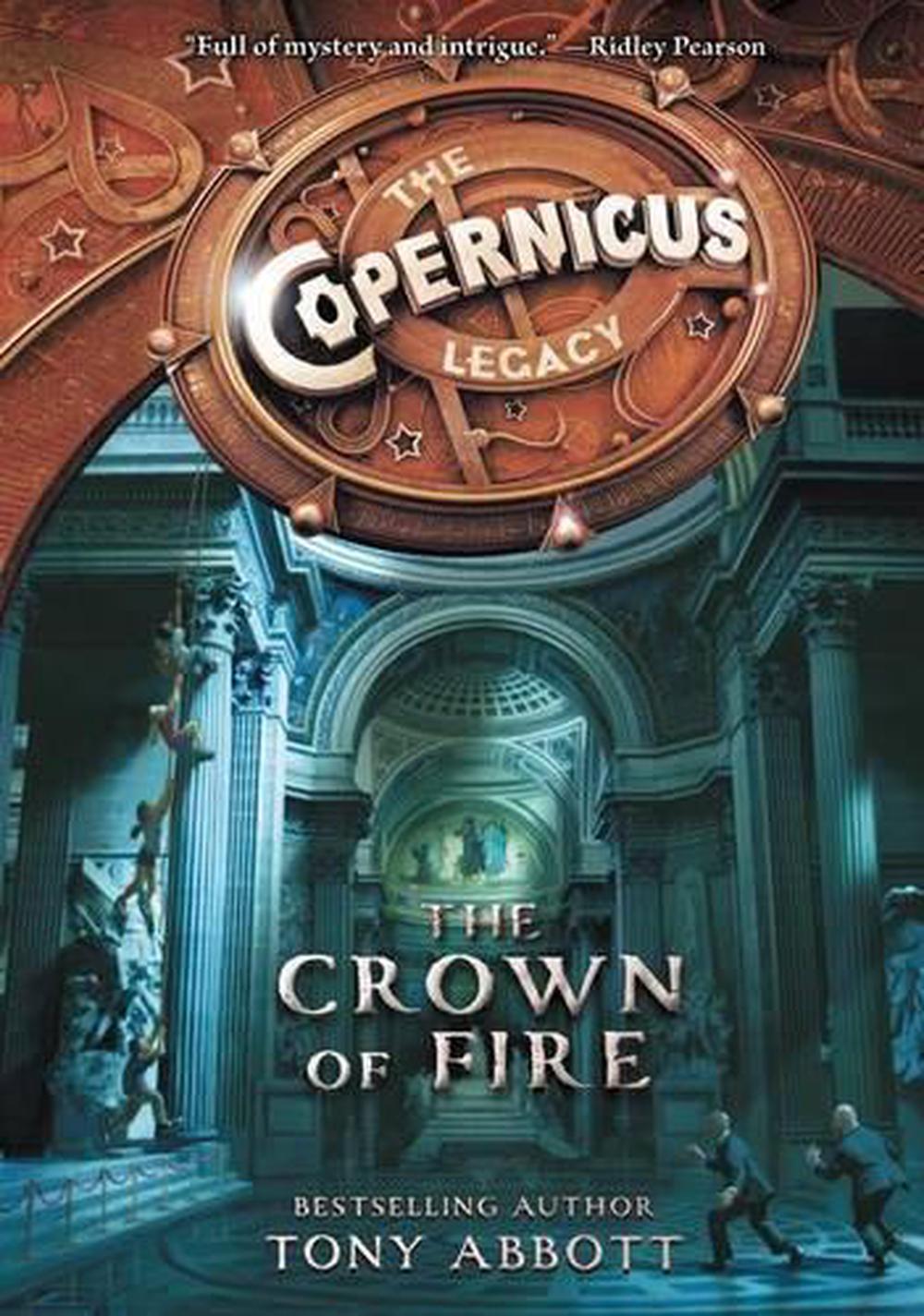 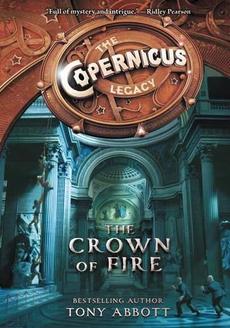 When the guardians of the Copernicus legacy are targeted for assassination by the evil Galina Krause, Wade, Darrell, Lily, and Becca must find the remaining relics to defeat their enemies.

"Upon my life, I will." Across the centuries, every Guardian who has protected one of the twelve relics of the Copernicus legacy has taken this vow. But never have the consequences of the promise been more profound. The secret network of the great astronomer's spies is the target of an assassination plot, led by the despicable Galina Krause. And now the Kaplans are more alone than ever before as they race from France to Antarctica against a deadly ticking clock.

There is not much time left for Wade, Darrell, Lily, and Becca to find the remaining relics and defeat their enemies. But are they willing to risk the life of one of their own in order to save the world

Tony Abbott is the author of over a hundred books for young readers, including the bestseling series the Secrets of Droon and the Copernicus Legacy and the novels Firegirl and The Summer of Owen Todd. Tony has worked in libraries, in bookstores, and in a publishing company and has taught creative writing. He has two grown daughters and lives in Connecticut with his wife and two dogs. You can

"With word games and rebus puzzles to spare, this whirling first entry in a projected six-part series from Abbott has international intrigue, fast-paced action, entertaining characters, and a healthy helping of science history."--Booklist on The Forbidden Stone "The author masterfully pulls all the threads together and creates an engaging thriller enhanced by codes, puzzles, exotic locales, and narrow escapes."--School Library Journal on The Forbidden Stone "Tony Abbott is such an amazing storyteller, Copernicus should've named a star after him. With codes to crack, clues to unravel, and bad guys to outrun, this is one thrilling, smart, and fun read! I can't wait for the next chapter is this stellar new series."--Chris Grabenstein, New York Times bestselling author "Fast-paced and chock-full of secrets, puzzles and twists"--Kirkus Reviews (starred review) on The Serpent's Curse Praise for the Copernicus Legacy series: "Full of mystery and intrigue, this book had me completely transfixed."--Ridely Pearson, New York Times bestselling author of the Kingdom Keepers series "The Copernicus Legacy takes you on a fantastical journey that is as eye-opening as it is page-turning. With mysteries hiding behind secrets coded in riddle, this book is like a Dan Brown thriller for young readers. The further you get, the more you must read!"--Angie Sage, New York Times bestselling author of the Septimus Heap series "The Copernicus Legacy has it all: A secret code, priceless relics, murderous knights, a five-hundred-year-old mystery, and a story full of friendship, family, humor, and intelligence."--Wendy Mass, New York Times bestselling author of The Candymakers and Every Soul a Star "With engaging characters, a globe-trotting plot and dangerous villains, it is hard to find something not to like. Equal parts edge-of-your-seat suspense and heartfelt coming-of-age."--Kirkus Reviews (starred review) on The Forbidden Stone "Fast-paced and clever, the novel reads like a mashup of the National Treasure films and The Da Vinci Code."--Publishers Weekly on The Forbidden Stone "This lively escapade will suit fans of the 39 Clues series who are looking for a new puzzle to solve."--Bulletin of the Center for Children's Books on The Forbidden Stone "A sprawling and fast-paced adventure in the great tradition of Robert Ludlum, Ian Fleming, and other masters whose tales loom larger than life. Readers are in for a real treat."--David Lubar, author of Flip, Wizards of the Game, and Hidden Talents "A good mystery/adventure book with just enough suspense."--School Library Journal on The Copernicus Archives #1: Wade and the Scorpion's Claw