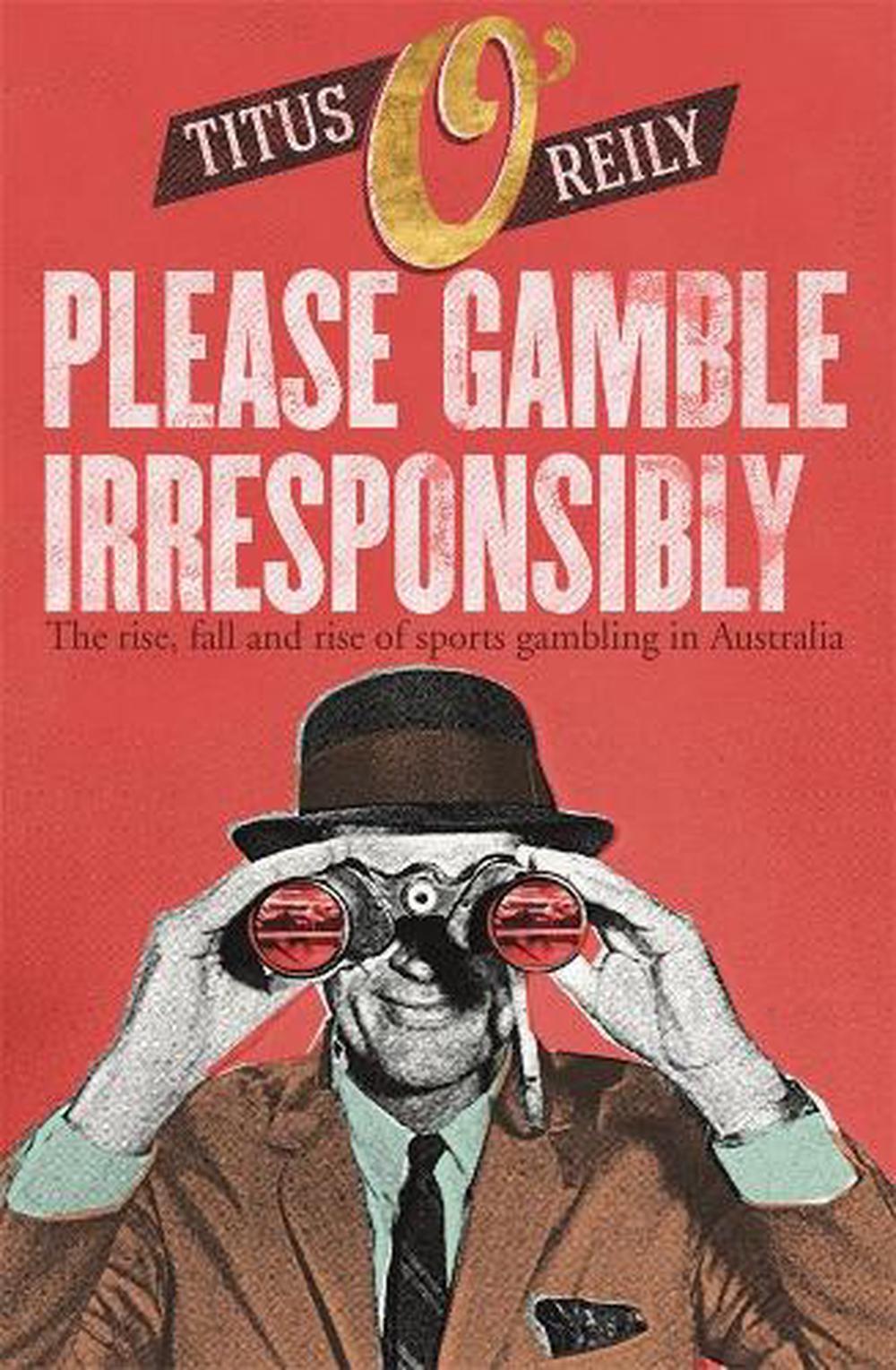 Australians lose more money gambling than any other country. But how did we get here? In his inimitable, hilarious style, sports historian Titus O'Reily charts the rise, fall and rise of sport gambling in Australia.

We'll gamble on anything, from two flies crawling up a wall to less important things like federal elections. And thanks to the internet, phones and gambling-tax loving governments, these days Australians can indulge their love of a punt no matter what they're doing. Aussies could be at the birth of a child or performing open-heart surgery and still put a bet on.

It wasn't always this easy. Once, you could only gamble on sport illegally. Which, it turns out, was actually also pretty easy. But over the last thirty years gambling on sport has been legalised, first slowly and then very quickly. Now almost every ad on TV is about sport betting, and even some of the players are getting in on the wagering.

Please, Gamble Irresponsibly traces the history of gambling in Australia from horseracing in the colonial era, through the rise of SP bookies and organised crime, to the commercialisation of the industry and its impact on communities and the integrity of sport. With billions of dollars involved, what are the odds of putting the genie back in the bottle?

Writer and broadcaster Titus O'Reily was born in Melbourne and raised by the Sisters of Collective Misery, a kindly but sombre order who placed an emphasis on sport above all other things, including religion. At the age of eight, Titus set off from Melbourne for London in a rowboat containing only himself and a positive attitude, arriving just two months later thanks to a powerful stroke and favourable currents. In London, Titus developed a love of drinking, writing and ice skating, the last being something he did professionally across Europe for almost a decade. Upon returning to Australia, Titus turned to writing about sport, carving out a reputation for inaccuracy and being difficult to work with. Titus's unique take on sport has been hailed by some of the most respected figures in sport as 'awful', 'childish' and 'barely comprehensible'.