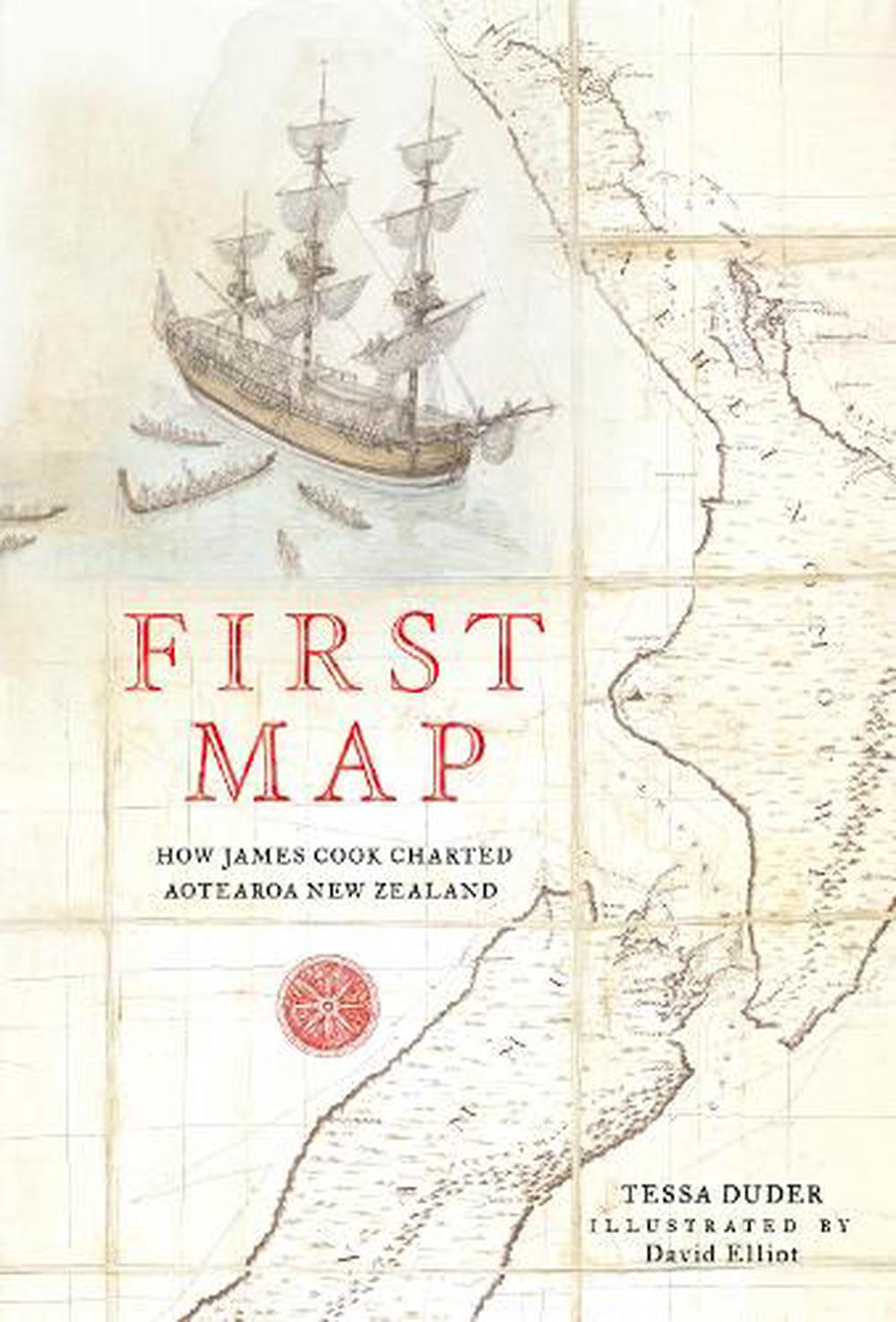 Since it was published by the Admiralty in 1816, James Cook's chart of New Zealand has long been regarded as one of the most extraordinary achievements in the history of cartography. First Map: How James Cook Charted Aotearoa New Zealand tells the human story behind the creation of Cook's famous chart, following the progress of his six-month circumnavigation of New Zealand and piecing the map together as the narrative on H.M.B. Endeavour unfolds. It is a story of courage, dogged perseverance and Cook's extraordinary skills as both cartographer and seafarer. Scenes from Tessa Duder's evocative text are beautifully recreated by award-winning illustrator David Elliot in this exquisite large format edition. Published to coincide with the Tuia - Encounters 250 commemoration of James Cook's 1769-70 journey around New Zealand.

Tessa Duder trained as a journalist and raised four daughters before publishing her first novel in her late thirties. Some fifty books have followed, for both adult and young readers: novels (notably the best-seller Alex quartet), short story collections, non-fiction, biographies, anthologies and plays. Her writing shows her deep love of the sea – in 2013 she crossed the Tasman Sea under sail on the tall ship Spirit of New Zealand - and a life-long interest in early New Zealand history, particularly of the Auckland region. Her awards have included multiple children's book prizes, the University of Waikato writers' residency, the Katherine Mansfield fellowship to Menton, France, an Artists to Antarctica fellowship, the OBE and an Honorary Doctorate from the University of Waikato. She lives in the sea-girt city of Auckland, New Zealand.