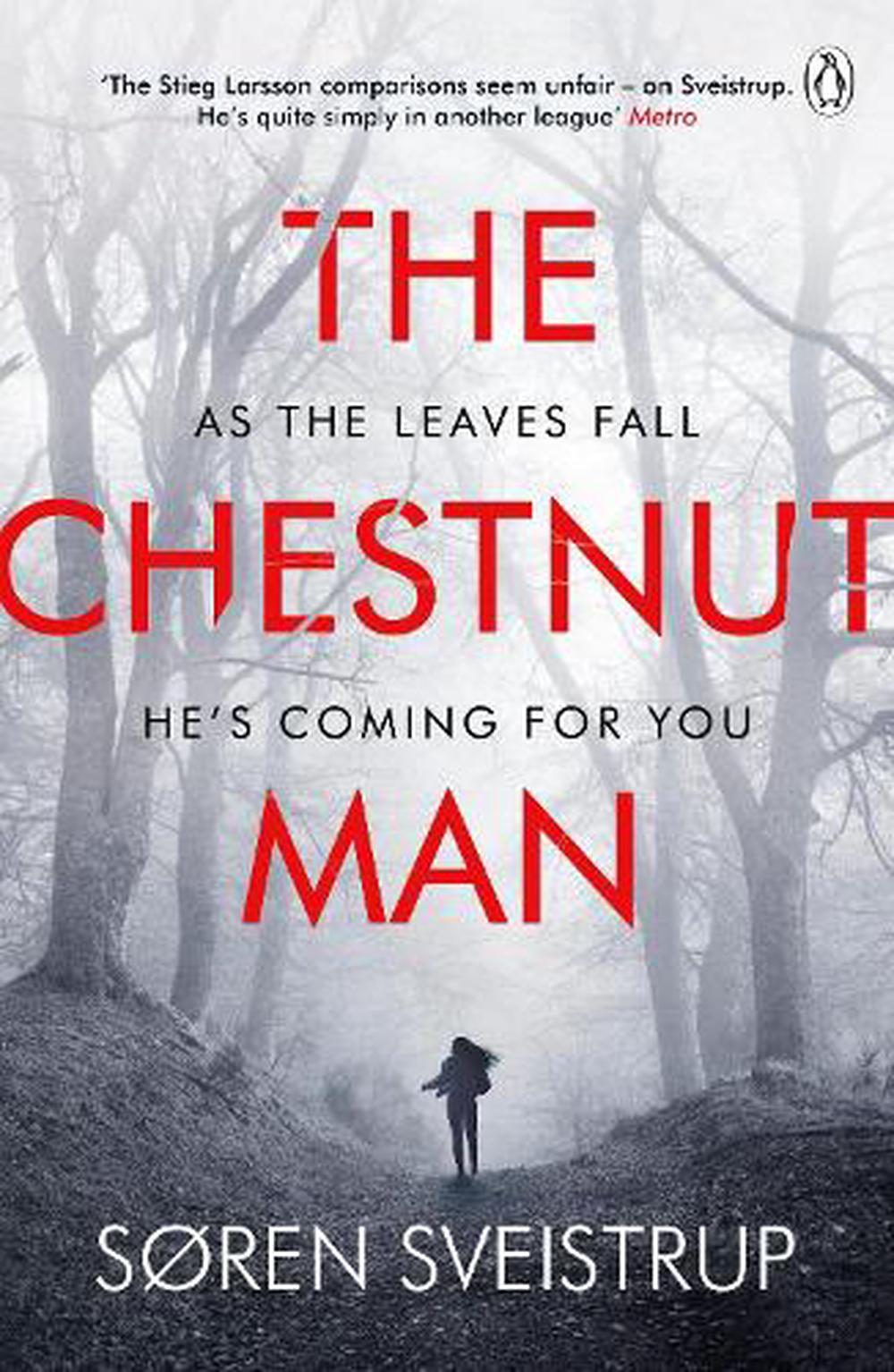 The debut novel from the creator and writer of The Killing.

On a blistery autumn morning Rosa Hartung returns to her job as Minister for Social Affairs, a year after the dramatic disappearance of her twelve year-old daughter. Linus Berger, a mentally disturbed young man, confessed to her killing, but claims he can't remember where he buried her dismembered corpse.

That same day Rosa returns to Parliament, a young mother is found murdered at her home in the suburbs of Copenhagen - she's been tortured, and one hand has been cut off. Detectives Thulin and Hess, sent to investigate the crime, arrive to find a figure made of chestnut hanging from a nearby playhouse.

When yet another woman is murdered, and another chestnut figure is found, Thulin and Hess begin to suspect that there's a connection between the previously closed Hartung case and the new recent victims.

Thulin and Hess are drawn into a race against time, as the murderer is on a mission that is far from over.

Selected as one of the BBC Top Fiction Picks of 2019, Guardian Books of 2019 and Evening Standard Best Books of 2019 'Has success written all over it' Daily Express 'A full-throttle thriller in the tradition of classic Stieg Larsson, drenched in atmosphere and charged with adrenaline' A. J. Finn, author of The Woman in the Window 'If you are one of the millions who enjoyed the Scandinavian crime series The Killing, you'll want to read the first novel by its creator' The Observer '***** Brilliant. Scandi noir is back with a bang with this sensational novel. The Stieg Larsson comparisons seem unfair - on Sveistrup. He's quite simply in another league' Metro ' Sveistrup offers lessons to seasoned practitioners of the serial-killer whodunit' Sunday Times 'Creepy, clever and packed with tension' Sun 'If you're pining for a dose of Jo Nesbo-style Scandi noir, this should hit the spot. The twisty, tricksy storyline gathers an unstoppable momentum so that the pages disappear in a trice' The Times 'Wrong-foots us through numerous twists, turns, cliff-hangers and red herrings to an outcome which is as bold as it is explosive . . . a joy' The Herald 'A tension-charged debut, sharing elements of his signature TV writing with incendiary twists' Barry Forshaw, Financial Times 'Sveistrup has all the ingredients to write novels just as gripping as his TV work' BBC Top Fiction Picks of 2019 'Superbly written and carries you along at breakneck speed. If you liked The Killing, you are going to love this' My Weekly 'Sviestrup shows off his Scandi-noir know-how in this Stieg Larsson-worthy mystery featuring blood-curdling murders and a couple of ill-assorted investigators' Foyles 'Sveistrup's ability at building tension is evident' Guardian

S ren Sveistrup is an internationally acclaimed scriptwriter of the Danish television phenomenon The Killing which won various international awards and sold in more than a hundred countries.

More recently, Sveistrup wrote the screenplay for Jo Nesb 's The Snowman. Sveistrup obtained a Master in Literature and in History from the University of Copenhagen and studied at the Danish Film School. He has won countless prizes, including an Emmy for Nikolaj and Julie and a BAFTA for The Killing.

Sveistrup's brilliant and brutal The Chestnut Man sets a new benchmark. The Steig Larsson comparisons seem unfair - on Sveistrup. He is quite simply in another league. Scandi noir is back with a bang with this sensational debut novel *****

From the creator of the hit television show The Killing , a nail-biting debut - a stylish and atmospheric thriller that follows the race to find a serial killer terrorizing Copenhagen.