Open Society and Its Enemies

(1 review)
ISBN: 9780415610216
ANNOTATION:
Written in political exile during the Second World War, The Open Society and its Enemies prophesied the collapse of communism in Eastern Europe and exposed the fatal flaws of socially engineered political systems. 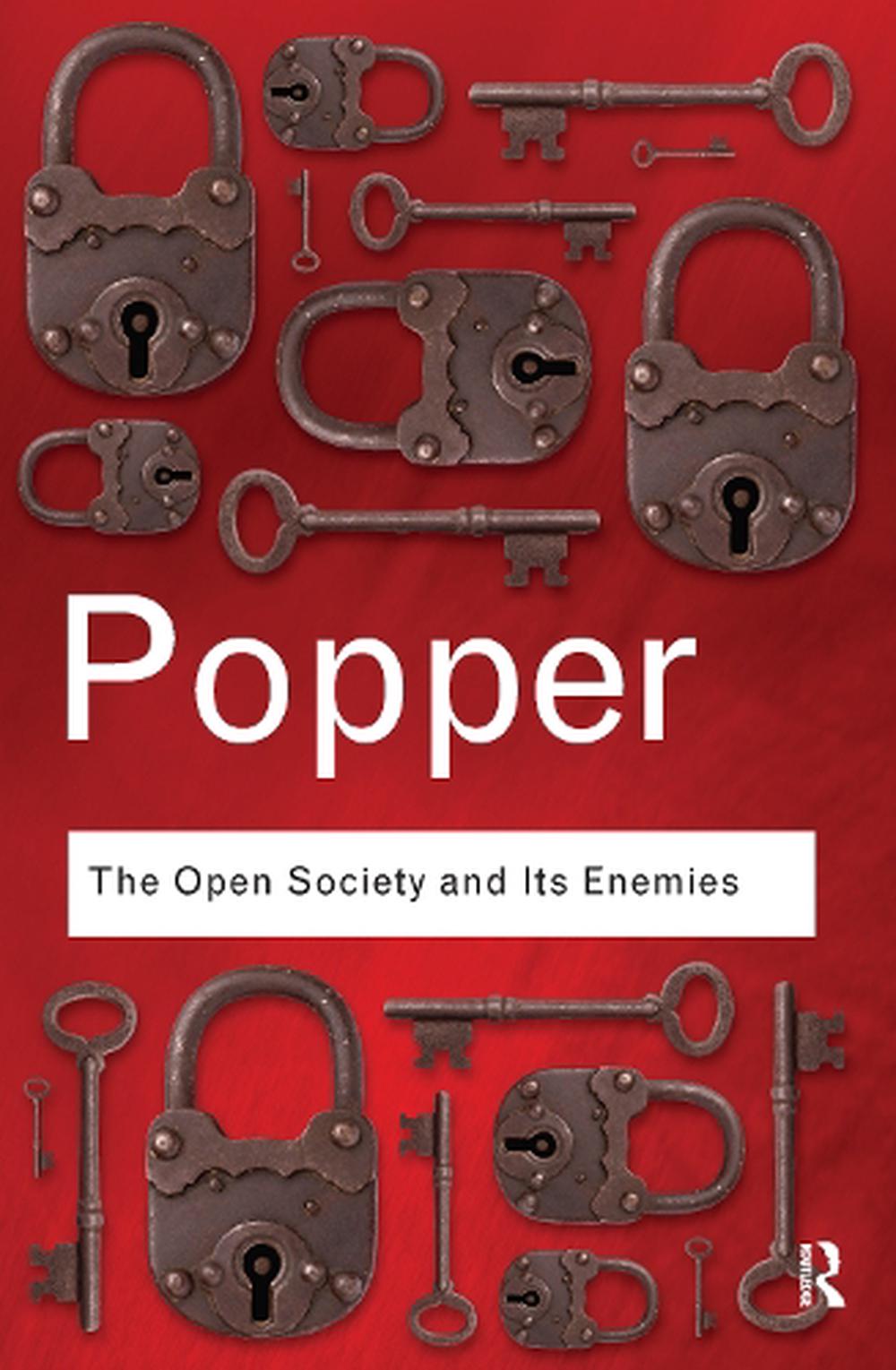 Written in political exile during the Second World War, The Open Society and its Enemies prophesied the collapse of communism in Eastern Europe and exposed the fatal flaws of socially engineered political systems.

'If in this book harsh words are spoken about some of the greatest among the intellectual leaders of mankind, my motive is not, I hope, to belittle them. It springs rather from my conviction that, if our civilization is to survive, we must break with the habit of deference to great men.'

Written in political exile during the Second World War and first published in two volumes in 1945, Karl Popper's The Open Society and Its Enemies is one of the most influential books of all time. Hailed by Bertrand Russell as a 'vigorous and profound defence of democracy', its now legendary attack on the philosophies of Plato, Hegel and Marx exposed the dangers inherent in centrally planned political systems and through underground editions become an inspiration to lovers of freedom living under communism in Eastern Europe.

Popper's highly accessible style, his erudite and lucid explanations of the thoughts of great philosophers and the recent resurgence of totalitarian regimes around the world are just three of the reasons for the enduring popularity of The Open Society and Its Enemies and why it demands to be read today and in years to come.

Sir Karl Popper was one of the foremost philosophers of the Twentieth century. Born in Vienna in 1902, Popper grew up in a city witnessing great intellectual ferment. His relationship with the philosophers and scientists led to his first book, The Logic of Scientific Discovery, published in 1934. On its publication in English in 1959 it was described by The New Scientist as 'one of the most important documents of the twentieth century'. On the eve of World War Two Popper was forced to flee to New Zealand, where he took up a teaching post at Canterbury University College at Christchurch. It was there, reflecting on the tyranny sweeping through Eastern Europe, that he wrote The Open Society and Its Enemies, published in 1945. In 1946 Popper moved to the London School of Economics, where he taught until his retirement in 1969. This period saw the publication of The Poverty of Historicism, described by the Sunday Times as 'probably the only book which will outlive this century'. He was knighted in 1965 and appointed Companion of Honour in 1982. He died in 1994.

Foreword Preface: 'Karl Popper's The Open Society and Its Enemies in the contemporary global world' by Vaclav Havel. 'Personal Recollections of the Publication of The Open Society' by E.H. Gombrich. Acknowledgements Preface to the First Edition Preface to the Second Edition Introduction VOLUME 1: THE SPELL OF PLATO THE MYTH OF ORIGIN AND DESTINY 1. Historicism and the Myth of Destiny 2. Heraclitus 3. Plato's Theory of Forms or Ideas PLATO'S DESCRIPTIVE SOCIOLOGY 4. Change and Rest 5. Nature and Convention PLATO'S POLITICAL PROGRAMME 6. Totalitarian Justice 7. The Principle of Leadership 8. The Philosopher King 9. Aestheticism, Perfectionism, Utopianism THE BACKGROUND OF PLATO'S ATTACK 10. The Open Society and its Enemies Addenda VOLUME 2: THE HIGH TIDE OF PROPHECY THE RISE OF ORACULAR PHILOSOPHY 11. The Aristotelian Roots of Hegelianism 12. Hegel and The New Tribalism MARX'S METHOD 13. Sociological Determinism 14. The Autonomy of Sociology 15. Economic Historicism 16. The Classes 17. The Legal and the Social System MARX'S PROPHECY 18. The Coming of Socialism 19. The Social Revolution 20. Capitalism and Its Fate 21. An Evaluation MARX'S ETHICS 22. The Moral Theory of Historicism THE AFTERMATH 23. The Sociology of Knowledge 24. Oracular Philosophy and the Revolt against Reason CONCLUSION 25. Has History any Meaning? Addenda (1961, 1965) NOTES Notes to Volume 1 Notes to Volume 2 Index

'Some time ago a wise old man came to see me in Prague and I listened to him with admiration. Shortly afterwards I learned that this man had died. His name was Karl Popper'. - Vaclav Havel, from the Preface '!a work of first-class importance which ought to be widely read for its masterly criticism of the enemies of democracy, ancient and modern. ..The book is a vigorous and profound defence of democracy, timely, very interesting, and very well written.' - Bertrand Russell 'One of the great books of the century' - The Times '!a modern classic' The Independent 'Few philosophers!have combined such a vast width of knowledge with the capacity to produce important original ideas as he did.' - The Guardian '!a powerful and important book. Dr Popper writes with extreme clarity and vigour. His studies in Greek history and Greek thought have obviously been profound and original. Platonic exegesis will never be the same again. Nor, I think, will Marxist exegesis.' - Gilbert Ryle '! a brilliant polemic. ..It remains the best intellectual defence of liberal democracy against know-it-all totalitarianism.' - The Economist

One of the few Twentieth Century books to directly address Plato and Hegel ,the two most important philosohers in history. Popper's own scientific positivism is looking a tad weary today under the weight of climate change. But none the less an immensly readable and timeless book.
By Simon