PUBLISHED: 1st May 1999
ISBN: 9780099394310
ANNOTATION:
In 1942, Charlotte Gray a young Scottish woman, heads for Occupied France on a dual mission - officially, to run an apparently simple errand for a British special operations group and unofficially, to search for her lover, an English airman, Peter Gregory, missing in action. 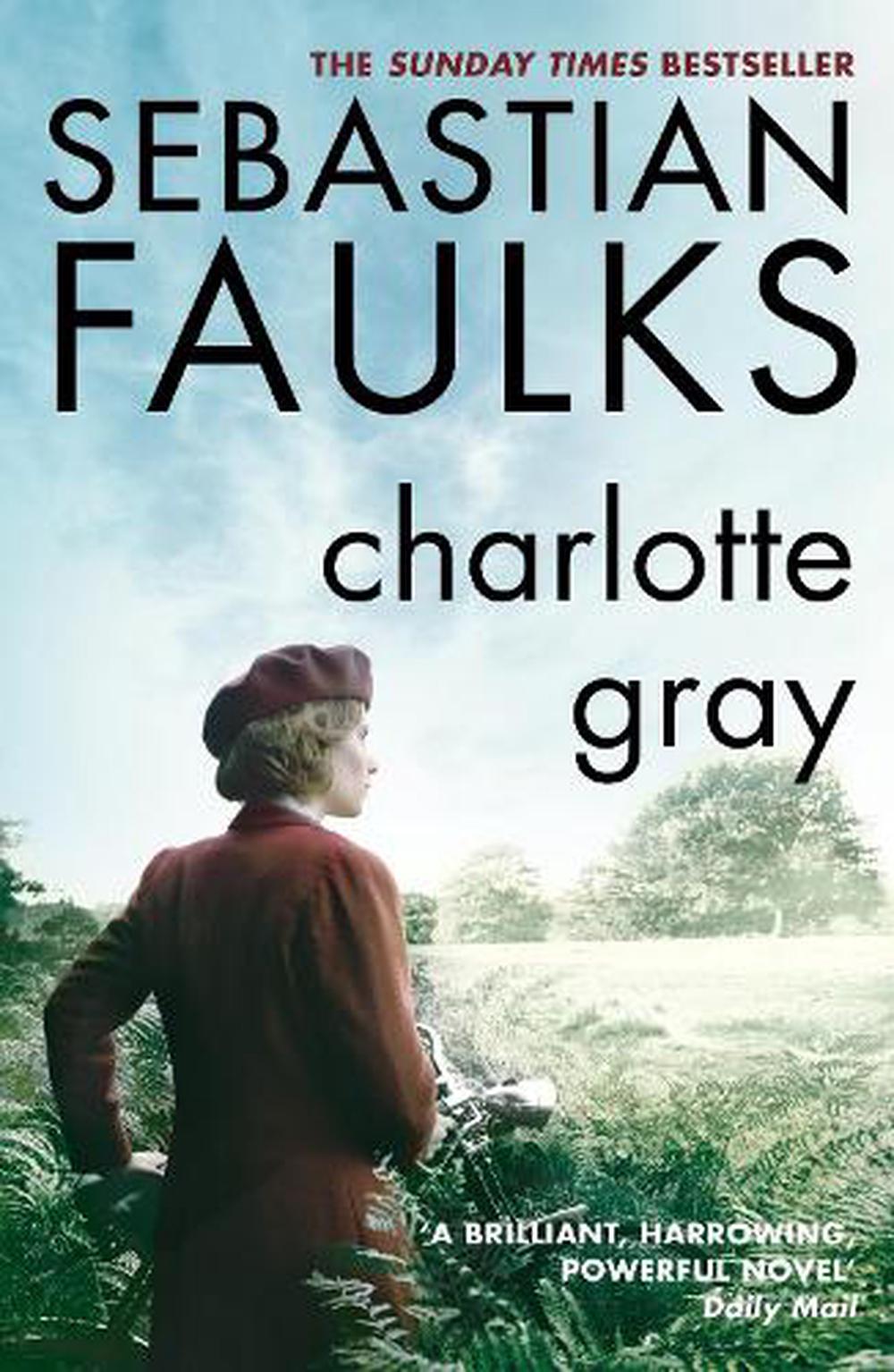 OTHER FORMATS:
PUBLISHED: 1st May 1999
ISBN: 9780099394310
ANNOTATION:
In 1942, Charlotte Gray a young Scottish woman, heads for Occupied France on a dual mission - officially, to run an apparently simple errand for a British special operations group and unofficially, to search for her lover, an English airman, Peter Gregory, missing in action.

In 1942, Charlotte Gray a young Scottish woman, heads for Occupied France on a dual mission - officially, to run an apparently simple errand for a British special operations group and unofficially, to search for her lover, an English airman, Peter Gregory, missing in action.

In 1942, Charlotte Gray, a young scottish woman, goes to Occupied France on a dual mission - officially, to run an apparently simple errand for a British special operations group and unofficially, to search for her lover, an English airman who has gone missing in action. In the small town of Lavaurette, Sebastian Faulks presents a microcosm of France and its agony in 'the black years'. Here is the full range of collaboration, from the tacit to the enthusiastic, as well as examples of extraordinary courage and altruism. Through the local resistance chief Julien, Charlotte meets his father, a Jewish painter whose inspiration has failed him.

In a series of shocking narrative climaxes in which the full extent of French collusion in the Nazi holocaust is delineated, Faulks brings the story to a resolution of redemptive love. In the delicacy of its writing, the intimacy of its characterisation and its powerful narrative scenes of harrowing public events, Charlotte Gray is a worthy successor to Birdsong.

Sebastian Faulks was born in April 1953. Before becoming a full-time writer in 1991, he worked as a journalist. Sebastian Faulks's books include A Possible Life, Human Traces, On Green Dolphin Street, Engleby, Birdsong, A Week in December and Where My Heart Used to Beat.

With Charlotte Gray, Sebastian Faulks completes a trilogy of novels set in France... It is an impressive body of work... The most impressive novelist of his generation Sunday Telegraph It would take a mile-long essay to do justice to the many virtues of Sebastian Faulks's wonderful novel. This riveting account of a young woman's odyssey...deserves the highest praise... Masterful narrative and zestful pen-portraits. A beautiful near-masterpiece -- John Murray Independent on Sunday There is no shortage of dramatic tension, excitement or persuasive detail... Faulks is a prodigiously talented writer New York Times Excruciatingly powerful -- Antony Beevor Daily Telegraph A brilliant, harrowing, powerful novel Daily Mail

Faulks has taken a very old-fashioned love story - the dashing pilot separated by war from his spirited 'gal' - and made of it an unbearably moving novel. In London, in 1942, Charlotte Gray's linguistic talent and resourceful nature attract the attention of the Intelligence Services. Supposing her lover to be lost somewhere over France, she agrees to leave the black-out and her stifling job to run their 'errand'. What follows is a thrilling tale of secret assignations, bicycling down country roads in the inky-black night, meagre meals taken in draughty outhouses and keeping faith with comrades. The small town of Lavaurette is in the Free Zone but the political landscape swiftly changes and we experience those dark weeks with unflinching immediacy. Faulks writes with humanity and grace about the ambiguities and shortcomings of the human spirit: despite our chilling capacity for weakness and cruelty there is some possibility of redemption. This is a fine book. (Kirkus UK)

England's redoubtable Faulks (A Fool's Alphabet, 1993; Birdsong, 1996) offers up a third solid, alluring, durable novel-set in 1942-43, just as the tide begins to turn, however slightly, against the Nazis. Charlotte Gray - pretty, intelligent, well-educated - is in her middle 20s when she leaves her native Scotland for London, hoping that in the capital she can do something more significant for the war effort. She wouldn't have expected, though, that a chance encounter with a worker in the secret diplomatic corps would lead to her being interviewed by "G Section" and sent (in careful disguise) to France to work within the very gradually unifying Resistance there. Even though (before she's parachuted into the village of Lavourette) Charlotte has fallen passionately in love with war-wearied RAF pilot Peter Gregory (who, not long after, "goes missing"), and even though her also-intense love of France is muddied by a badly impacted father-complex (her aloof parent, now a psychoanalyst, fought there in WWI), Charlotte is anything but the typically starry-eyed girl looking for love, adventure, and meaning. Faulks's perfect and never false descriptions of France under the Occupation - the hunger, the monochrome bleakness, the increasing danger - suit Charlotte's mature young character just as perfectly as do the people she meets (Julien Levade, the idealistic young architect and resistance worker; his aging failed-artist father; varieties of townspeople on both the political left and right) and as do the dangers she herself encounters: never melodramatic, always riveting. Nor have grief and horror been more wrenchingly and unremittingly portrayed than here when first Julien's father and then the two young Jewish boys whom Julien has been hiding are sent to the camps and their deaths. What happens to Charlotte in the end may be less satisfying than other elements of her story, but the resolution, even so, leaves nothing of seriousness behind. A war novel that should take its place among the masterpieces of the genre. (Kirkus Reviews)