PUBLISHED: 17th October 2018
ISBN: 9780062842725
ANNOTATION:
When a diplomat disappears and war threatens to break out, it is up to a Lu, a soldier, Vex, a pirate, and Benat, a prince to help determine the fate of their countries. 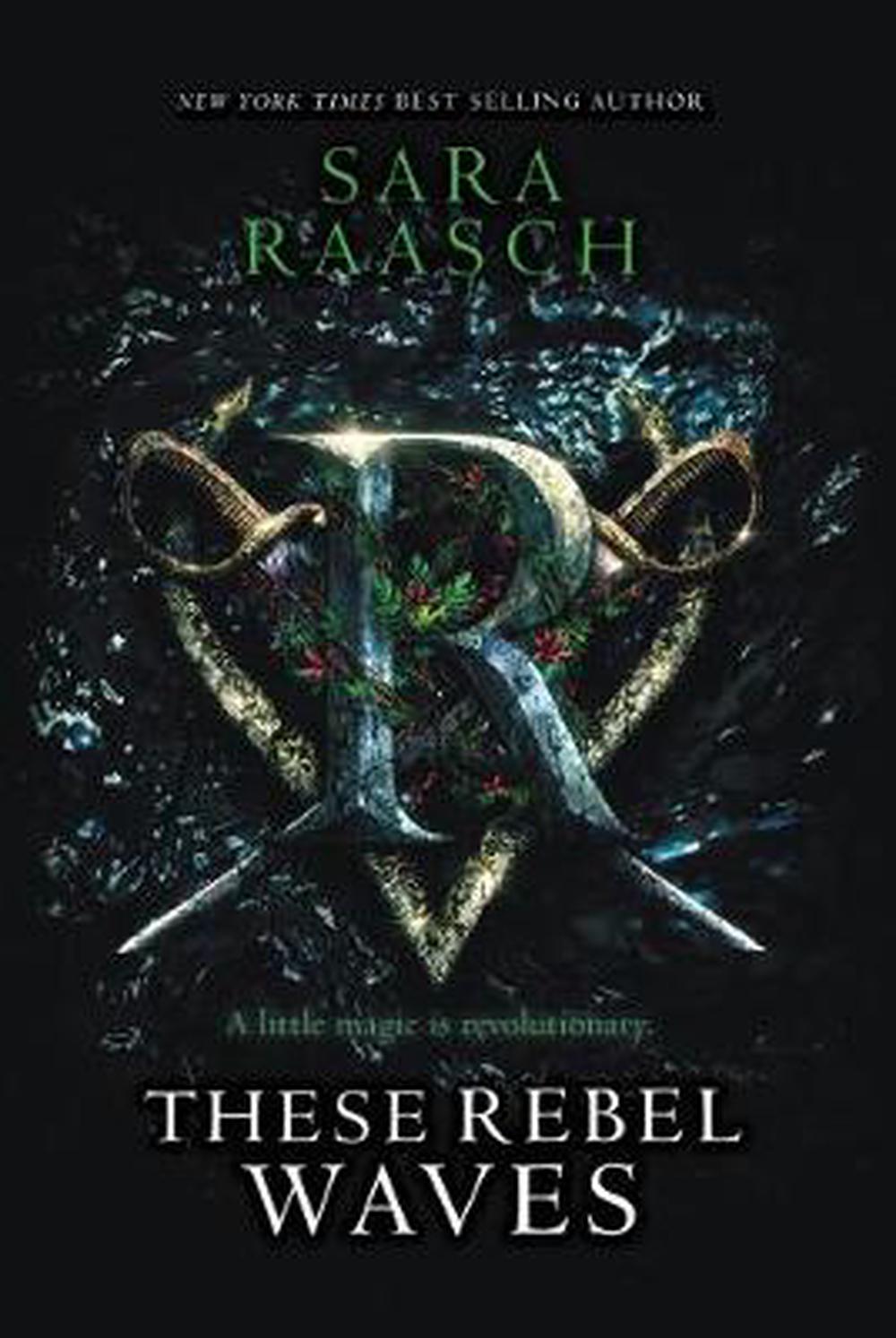 OTHER FORMATS:
PUBLISHED: 17th October 2018
ISBN: 9780062842725
ANNOTATION:
When a diplomat disappears and war threatens to break out, it is up to a Lu, a soldier, Vex, a pirate, and Benat, a prince to help determine the fate of their countries.

When a diplomat disappears and war threatens to break out, it is up to a Lu, a soldier, Vex, a pirate, and Benat, a prince to help determine the fate of their countries.

A thrilling new fantasy series-full of deadly magic, double crosses, and a dangerous quest in a new world-from Sara Raasch, the New York Times bestselling author of the Snow Like Ashes series.

Adeluna is a soldier. Five years ago, she helped the magic-rich island of Grace Loray overthrow its oppressor, Agrid, a country ruled by religion.

But adjusting to postwar life has not been easy. When an Argridian delegate vanishes during peace talks with Grace Loray's new Council, Argrid demands brutal justice-but Lu suspects something dangerous is at work.

Devereux is a pirate. As one of the stream raiders who run rampant on Grace Loray, he scavenges the island's magic plants and sells them on the black market. But after Argrid accuses raiders of the diplomat's abduction, Vex becomes a target. An expert navigator, he agrees to help Lu find the Argridian-but the truth they uncover could be deadlier than any war.

Benat is a heretic. The crown prince of Argrid, he harbors a secret obsession with Grace Loray's forbidden magic. When Ben's father, the king, gives him the shocking task of reversing Argrid's fear of magic, Ben has to decide if one prince can change a devout country-or if he's building his own pyre.

As conspiracies arise, Lu, Vex, and Ben will have to decide who they really are . . . and what they are willing to become for peace.

Sara Raasch has known she was destined for bookish things since the age of five, when her friends had a lemonade stand and she tagged along to sell her hand-drawn picture books too. Not much has changed since then: her friends still cock concerned eyebrows when she attempts to draw things, and her enthusiasm for the written word still drives her to extreme measures. She is the New York Times bestselling author of the Snow Like Ashes series, These Rebel Waves, and These Divided Shores. You can and @seesarawrite on Twitter.

"An action-packed political thriller filled with betrayal, plot twists, and touches of romance."--Booklist "Magic, politics, and religion collide in unexpected ways in this action-packed fantasy adventure."--Kirkus Reviews Praise for FROST LIKE NIGHT: "Put[s] characters and readers alike through the emotional wringer...a fulfilling conclusion."--Kirkus Reviews Praise for ICE LIKE FIRE: "Hard-core fantasy fans will eat this up and clamor for the conclusion."--School Library Journal Praise for ICE LIKE FIRE: "Lush and poetic"--Booklist Praise for ICE LIKE FIRE: "Will have readers awaiting the third book and hoping that it brings Meira and her people peace at long last."--Kirkus Reviews Praise for ICE LIKE FIRE: "Will have readers needing the next one, now."--Voice of Youth Advocates (VOYA) Praise for SNOW LIKE ASHES: "A new society, a grand adventure, and a first romance, all rolled into one big fantasy epic."--Booklist Praise for SNOW LIKE ASHES: "A satisfying read."--Kirkus Reviews Praise for SNOW LIKE ASHES: "An enjoyable adventure-romance."--Publishers Weekly Praise for SNOW LIKE ASHES: "The plot and writing are superlative...Highly recommended."--School Library Journal Praise for SNOW LIKE ASHES: "Snow Like Ashes is a thrilling story with unforgettable characters set in a stunning fantasy world that had me quickly turning pages. I want more!"--Morgan Rhodes, New York Times bestselling author of Falling Kingdoms "Full of mesmerizing magic, political intrigue plotted in dark grottos, and a cast of sharp-witted rogues, These Rebel Waves swashbuckled its way into my heart and never let go. Raasch has outdone herself with this new series. You won't want to put it down."--Evelyn Skye, New York Times bestselling author of The Crown's Game and The Crown's Fate "Ambitious, smart, and breathlessly fun. A richly drawn world, multiple plot twists, and characters you'll find yourself cheering for again and again make These Rebel Waves the kind of book where 'just one more chapter' just isn't enough."--Claire Legrand, author of Furyborn