23568 - Intermediate Macroeconomics University of Technology Sydney
Use our Textbook Finder to find the rest of your Textbooks!
ISBN: 9781259290633 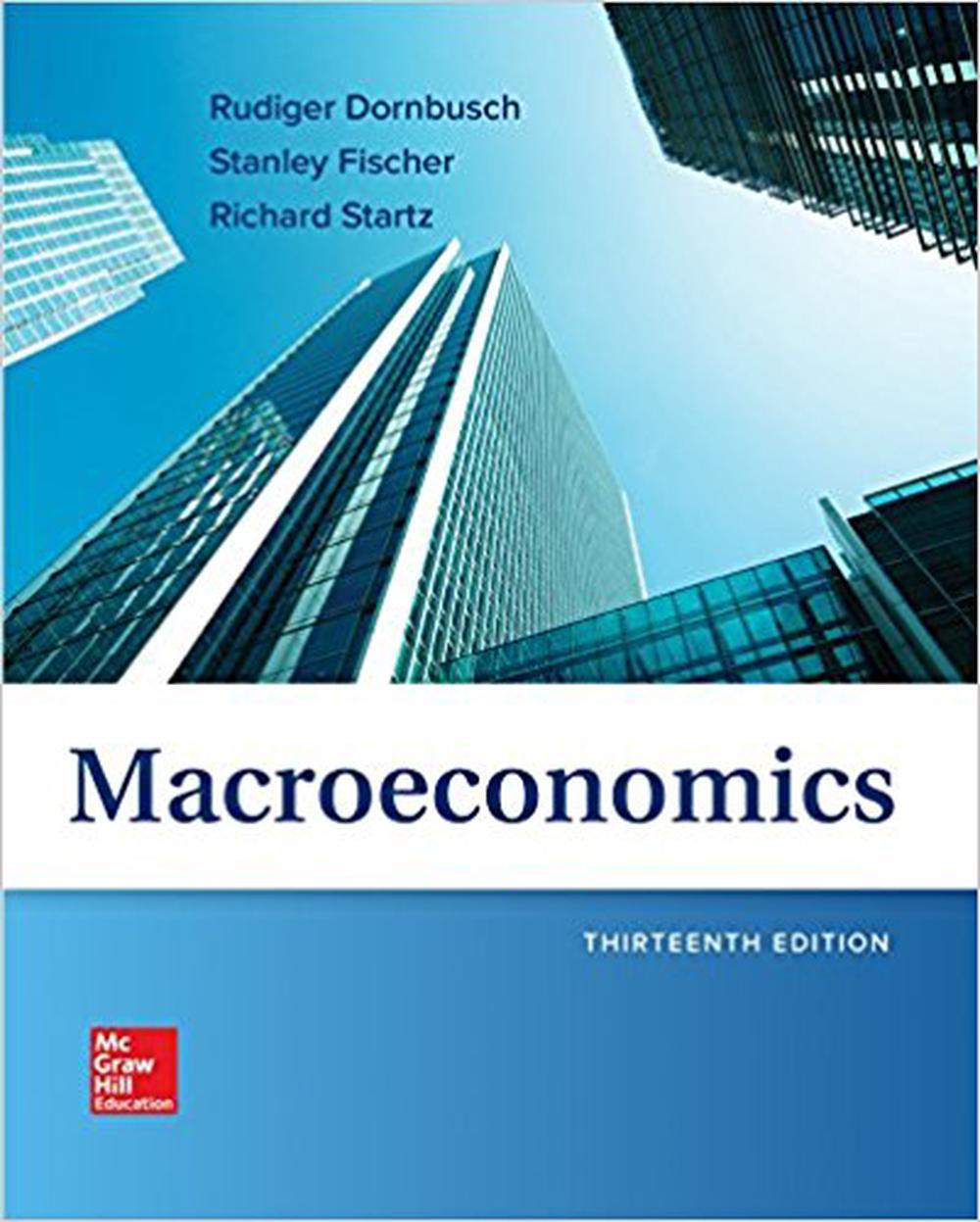 23568 - Intermediate Macroeconomics University of Technology Sydney
Use our Textbook Finder to find the rest of your Textbooks!
OTHER FORMATS:
ISBN: 9781259290633

A Complete View of MacroeconomicsDornbusch, Fischer, and Startz's Macroeconomics relies on straightforward explanations by emphasizing concepts over technique, and fitting difficult material into a larger framework so students can see its relevance in the world. The authors explore state-of-the art research, while allowing for flexibility in how much to emphasize these topics. A balanced approach explains both the potential and limitations of economic policy. Hallmark features and key changes in the 13th edition include: Background and analysis on The Great Recession of 2007-2009 and its aftermath. Updates on unemployment and the Federal Reserve, including more detailed dives into each topic with current data, definitions, and context. History Speaks and What More Do We Know? boxes callout relevant data and information that further enhance the concepts covered within each chapter. Macroeconomics employs a model-based approach to macroeconomic analysis and demonstrates how various models relate to the goal of giving students the capacity to analyze current economic issues in the context of an economic frame of reference.* A focus on international perspectives helps students understand the important links connecting foreign economies to their own.

RUDI DORNBUSCH (1942-2002) was Ford Professor of Economics and International Management at MIT. He did his undergraduate work in Switzerland and held a PhD from the University of Chicago. He taught at Chicago, at Rochester, and from 1975 to 2002 at MIT. His research was primarily in international economics, with a major macroeconomic component. His special research interests included the behavior of exchange rates, high inflation and hyperinflation, and the problems and opportunities that high capital mobility pose for developing economies. He lectured extensively in Europe and in Latin America, where he took an active interest in problems of stabilization policy, and held visiting appointments in Brazil and Argentina. His writing includes Open Economy Macroeconomics and, with Stanley Fischer and Richard Schmalensee, Economics.

STANLEY FISCHER is governor of the Bank of Israel. Previously he was vice chairman of Citigroup and president of Citigroup International, and from 1994 to 2002 he was first deputy managing director of the International Monetary Fund. He was an undergraduate at the London School of Economics and has a PhD from MIT. He taught at the University of Chicago while Rudi Dornbusch was a student there, starting a long friendship and collaboration. He was a member of the faculty of the MIT Economics Department from 1973 to 1998. From 1988 to 1990 he was chief economist at the World Bank. His main research interests are economic growth and development; international economics and macroeconomics, particularly inflation and its stabilization; and the economics of transition.