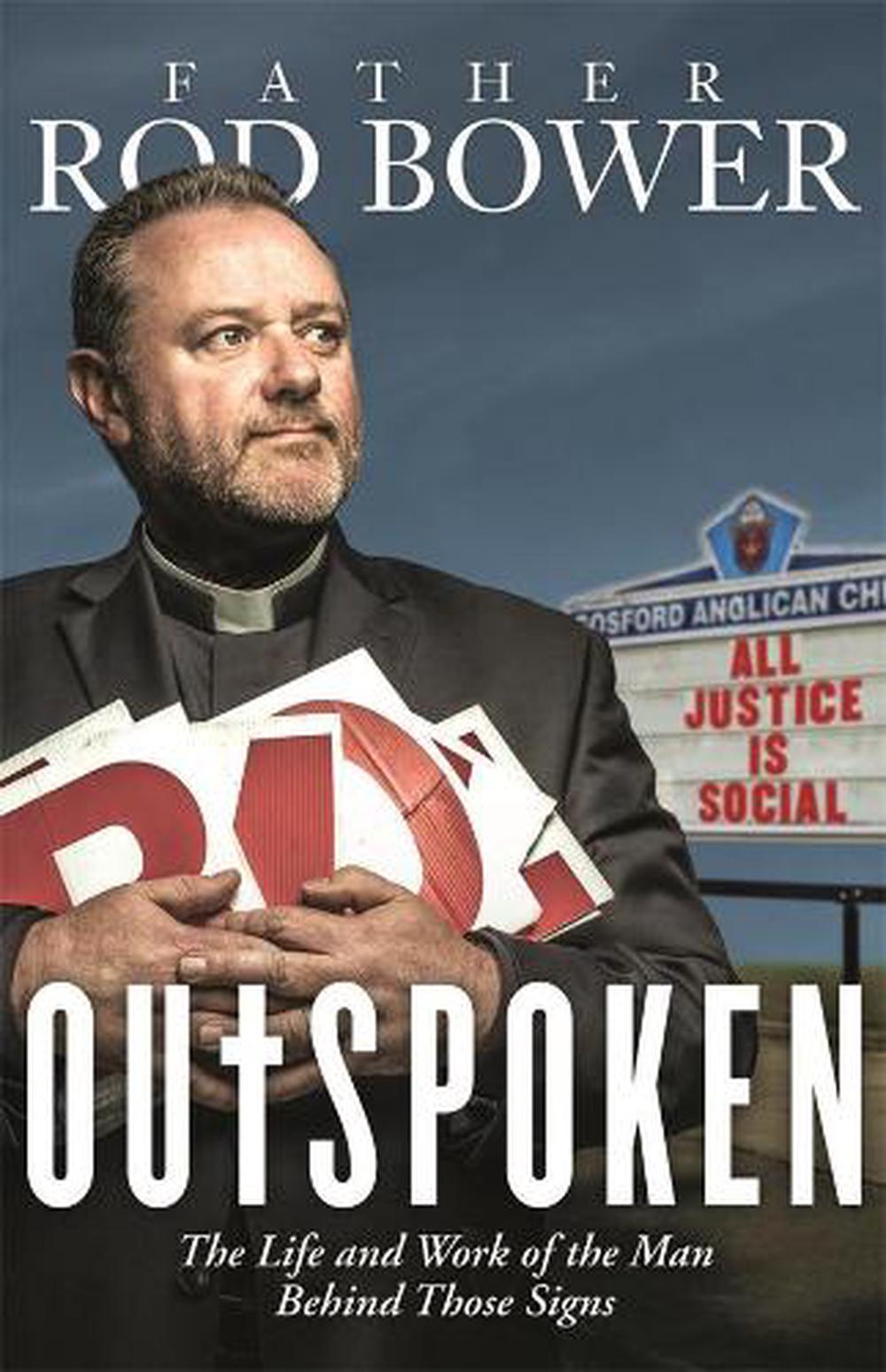 On 24 July 2013, Anglican priest Rod Bower put up these words on the roadside sign of his Gosford parish church. Next he posted them on Facebook, sparking a social media revolution. The post was shared thousands of times - suddenly the one-time butcher was on the public stage. Today Fr Rod has close to 65,000 followers on social media. He uses this platform to raise questions about Australia's corporate soul, to assert that we are all brothers and sisters - asylum seekers, Muslims, those identifying as LGBTI, Indigenous Australians ... And for such messages, the death threats pour in. How did a shy adopted kid from the country become this steadfast conscience of our nation, preaching both peace and disruption? Part life story, part love story, part manifesto, Outspoken describes an evolution as surprising as are Fr Rod's views about Christianity. Utterly frank, both philosophical and funny, this is a singular book by a singular person. It illuminates the life and work of the man behind those signs.

Rod Bower was adopted into a rural Hunter Valley family, then became a butcher at the age of sixteen. On impulse, this lapsed Anglican went to church one Christmas morning. 'Something captivated me that day,' he says. Years later, Rod was as surprised as anyone when he emerged from the seminary ready to embark on a career in the priesthood. By 1999, just married to Kerry and now father of two teenagers, he and the family moved into the rectory in Gosford, one of the largest parishes in his Newcastle Diocese. Appointed Archdeacon of the Central Coast in 2001, Rod's star was on the rise, only to crash to earth when he was demoted for offering pastoral care to a colleague who had stolen money from the church. Punished for offering counselling rather than seeking retribution, Rod questioned his vocation. Instead of running away, however, he stood his ground. It is this characteristic people have responded to ever since Fr Rod Bower took to social media. His flair for one-liners and passion for social justice has seen him emerge as one of Australia's top commentators. Clashes with political figures, like calling Peter Dutton a 'Sodomite' for his dehumanising treatment of Manus detainees, is all in a day's work. His approximately 65,000 social media followers seek out his commentary on subjects such as marriage equality, asylum-seekers and other human rights issues. He has embraced the possibilities of the digital revolution, using his platform to further the sort of conversations priests have been having for centuries.

'Dear Christians. Some PPL are gay. Get over it. Love God.'