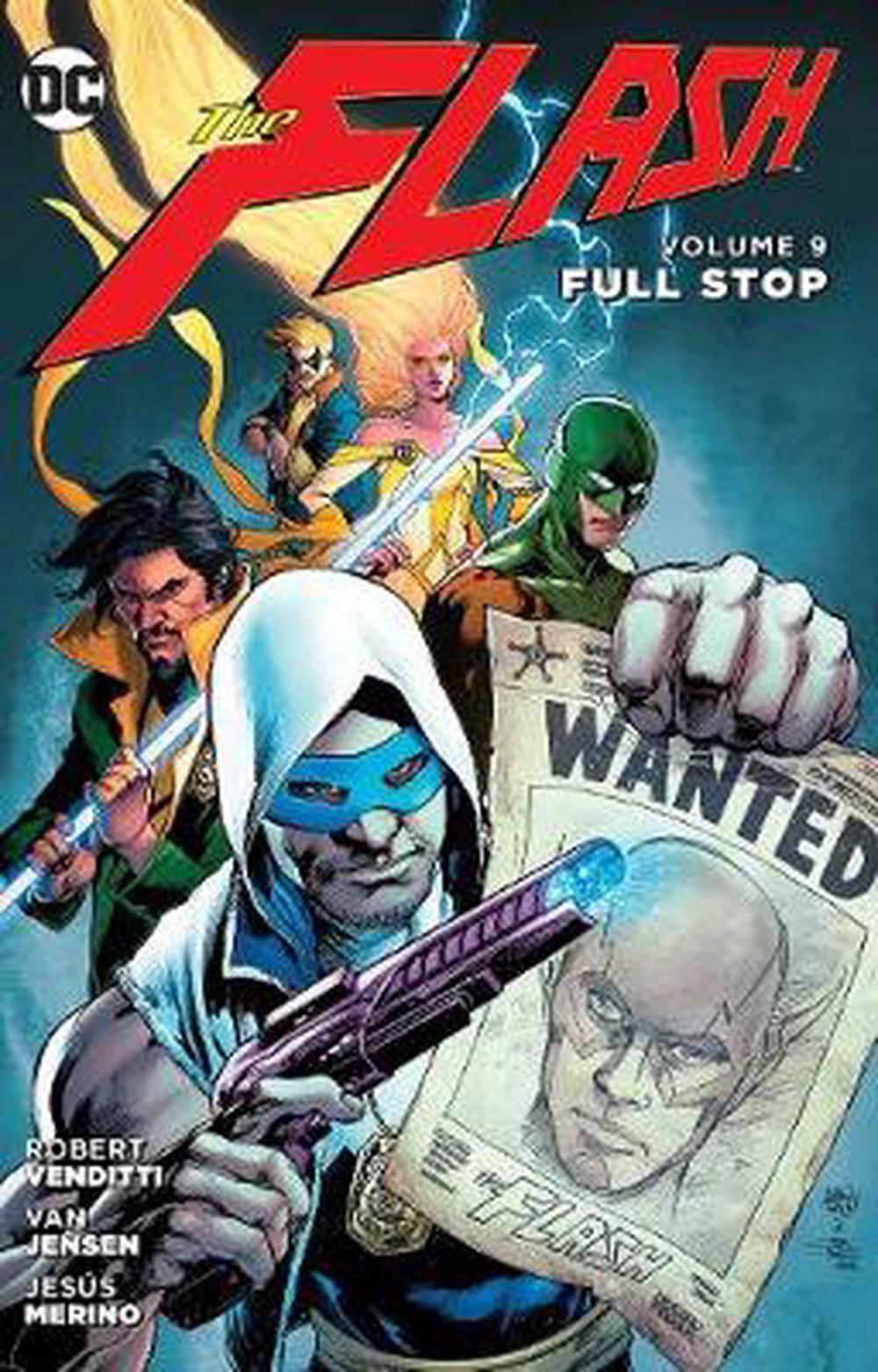 GOING ROGUEHe's the Fastest Man Alive. But now, the Flash is really on the run.After his climactic confrontation with Zoom, the Scarlet Speedster has been declared a threat to Central City, the town he's sworn to protect both as the Flash and as Barry Allen, member of the CCPD. Now he's on the wrong side of the law, racing to clear his name. But it's not just cops in hot pursuit- it's his worst enemies, the Rogues!Captain Cold, Mirror Master, Weather Wizard, Trickster and Golden Glider have been deputized to track the Flash and take him down by any means necessary. The tables have truly turned--and the time is perfect for another villain to swoop in and claim the city as his own. Riddle me this- Which criminal mastermind decides to ditch Gotham City for easier pickings?Can the fugitive Flash save Central City from certain doom? Find out in THE FLASH VOL. 9--a thrill-a-minute tale of all-out action from writers Robert Venditti and Van Jensen, and artists Jesus Merino, Paul Pelletier, Phil Briones and Gus Vasquez! Collects THE FLASH #48-52.

Robert Venditti is the New York Times best-selling author of The Homeland Directive and the sci-fi graphic novel series The Surrogates, the first installment of which was adapted into a feature film starring Bruce Willis and Ving Rhames. His most recent projects are GREEN LANTERN, THE FLASH and Valiant's X-O Manowar.