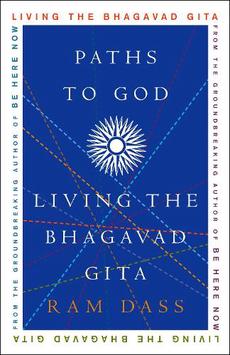 PUBLISHED: 25th October 2005
ISBN: 9781400054039
ANNOTATION:
World-renowned philosopher and spiritual teacher Ram Dass&amp;#8212;author of the groundbreaking classic &quot;Be Here Now&quot;&amp;#8212;presents the contemporary Western audience with a lively, accessible guide to the teachings of the Bhagavad Gita, the classic Hindu text that has been called the ultimate instruction manual for living a spiritual life.
$27.81
Or pay later with

World-renowned philosopher and spiritual teacher Ram Dass&#8212;author of the groundbreaking classic "Be Here Now"&#8212;presents the contemporary Western audience with a lively, accessible guide to the teachings of the Bhagavad Gita, the classic Hindu text that has been called the ultimate instruction manual for living a spiritual life.

This book's reviews were featured in MBS magazines e.g. "Kindred Spirit" and "Spirit and Destiny". It is the only companion to readers who are interested in expanding their understanding of the sacred Hindu text. The author is a world renowned philosopher and spiritual teacher. For centuries, readers have turned to the Bhagavad Gita for inspiration and guidance as they chart their own spiritual paths. As profound and powerful as this classic text has been for generations of seekers, integrating its lessons into the ordinary patterns of our lives can ultimately seem beyond our reach. Now, in a fascinating series of reflections, anecdotes, stories, and exercises, Ram Dass gives us "Paths to God", a unique and accessible road map for experiencing divinity in everyday life. In the engaging, conversational style that has made his teachings so popular for decades, Ram Dass brings the heart of the Gita to light for a Western audience and translates its principles for contemporary life. "Paths to God" is the first vital companion guide to this classic: a do-it-yourself workshop and a way of coming into a new relationship with your life, from one of the most trusted experts.

Ram Dass received his M.A. from Wesleyan and Ph.D. from Stanford University. Since 1968, he has pursued a variety of spiritual practices, including guru kripa; devotional yoga focused on the Hindu spiritual figure Hanuman; meditation in the Theravadin, Mahayana Tibetan, and Zen Buddhist schools; karma yoga; and Sufi and Jewish studies. Many of his books, including Be Here Now, are international bestsellers and classics of their kind.

"Blessed brilliance and luminous heart wisdom--Ram Dass at his best. These lectures were joyous to attend and exquisite to read." --Jack Kornfield, author of A Path with Heart "With wisdom, humor, and great compassion, Paths to God illuminates the liberating power of the Gita--a rare gift in these unsettled times." --Joseph Goldstein, author of One Dharma: The Emerging Western Buddhism

"Through offering a wide variety of approaches to spiritual happiness, Paths to God is one of the most inclusive and inviting books available to us." --Sharon Salzberg, author of Faith: Trusting Your Own Deepest Experience