ISBN: 9780804848886
ANNOTATION:
MOE is a huge cultural phenomenon and one of the driving forces behind the enormous success of Japanese anime and manga not just in Japan now, but throughout the world 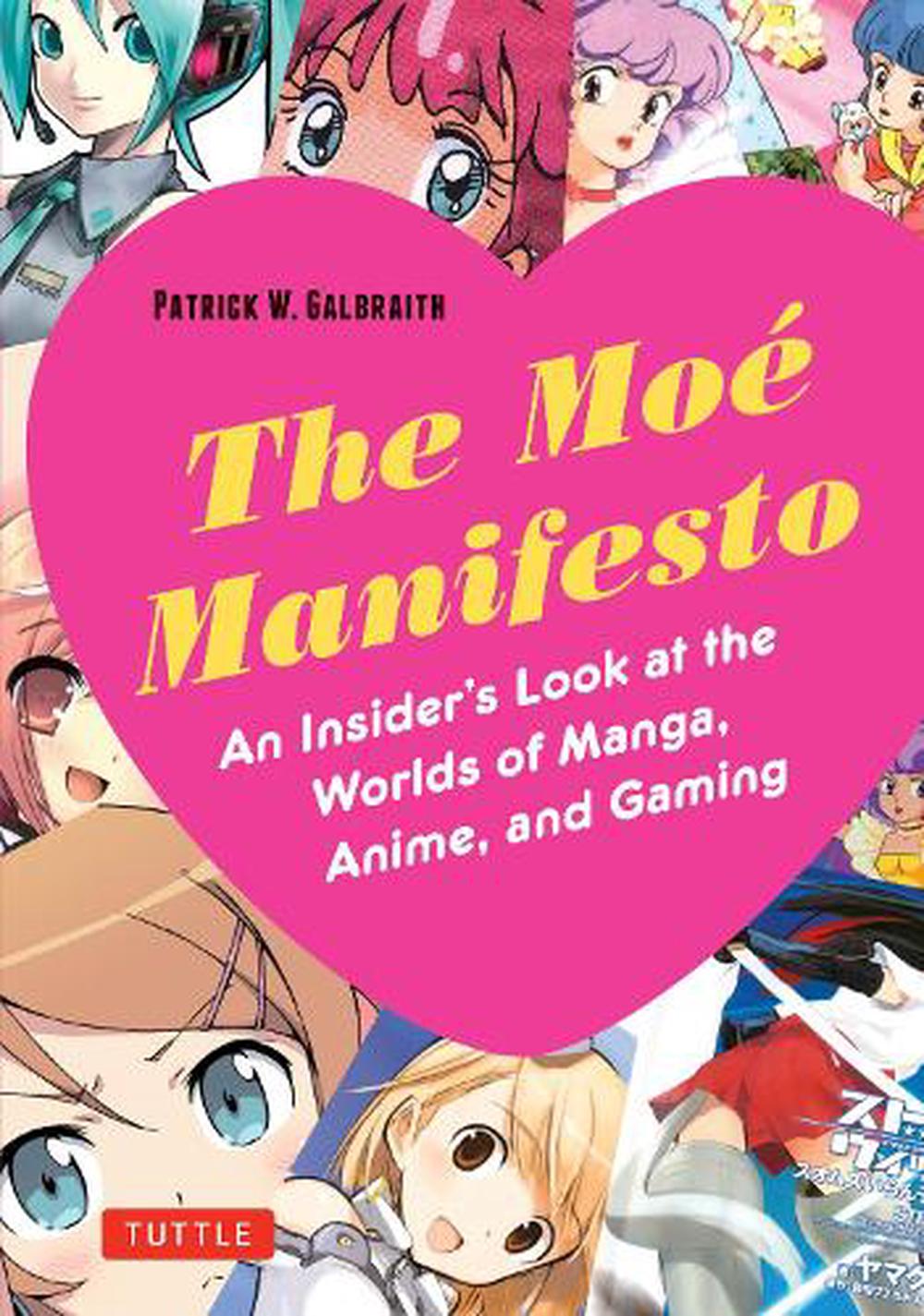 MOE is a huge cultural phenomenon and one of the driving forces behind the enormous success of Japanese anime and manga not just in Japan now, but throughout the world

MOE is a huge cultural phenomenon and one of the driving forces behind the enormous success of Japanese anime and manga not just in Japan now, but throughout the world.In Japan, avid fans of manga comics, anime films and videogames use the term MOE to refer to the strong sense of emotional attachment they feel for their favorite characters. These fans have a powerful desire to protect and nurture the young, beautiful and innocent characters they adore like Sagisawa Moe in Dinosaur Planet and Tomoe Hotaru in Sailor Moon. They create their own websites, characters, stories, discussion groups, toys and games based around the original manga and anime roles. Author Patrick Galbraith is the world's acknowledged expert on MOE and a journalist based in Tokyo. For this book, he interviewed twenty important figures in the world of Japanese manga and anime to gain their insights on the MOE phenomenon. These interviews provide us with the first in-depth survey of this subject. Galbraith uncovers how MOE is influencing an entire generation of manga artists and readers.For those new to anime, manga, and youth culture in Japan, he discusses what constitutes the ideal MOE relationship and why some fans are even determined to marry their fictional sweethearts. He reveals key moments in the development of MOE, and current and future trends in the spread of MOE works and characters from Japan to other parts of the world.The Moe Manifesto provides an insider's look at the earliest MOE characters such as Ayame by Tezuka Osamu. The book has over 100 illustrations of the most famous MOE characters, many in color, and it is sure to delight manga and anime fans of every age.

Patrick W. Galbraith specializes in Japanese popular culture and writes regular columns for Metropolis Magazine and the Otaku2.com website. He is the author of The Otaku Encyclopedia. His writing has also appeared in Akiba Today, Akibanana, and the Journal of Japanese Studies.

"Patrick Galbraith, author of several books about anime and the people who love it, including The Otaku Encyclopedia and Otaku Spaces, is out with a new book called The Moe Manifesto, an in-depth look at just what this whole moe thing is all about. In a wide-ranging interview, we spoke to Galbraith why he decided to write the book, how he went about it, and what the heck moe really means." --Otaku USA Magazine "Between them, author and publisher have made that great rarity: a serious book that wears its scholarship as lightly as a bunch of balloons and makes its content accessible, enjoyable and instructive all at once. You will learn from The Moe Manifesto, but you'll do it through being thoroughly entertained." --HelenMcCarthy.wordpress.com "The author of The Otaku Encyclopedia (Kodansha, 2014) returns with another look at the Japanese subculture that holds such a strong appeal to American audiences. The idea of moe goes even further than the general idea of fandom, specifically referring to the strong sense of emotional attachment that fans feel for their favorite characters ... This is an eye-opening, fascinating, and sometimes disturbing look at fandom that will resonate with anyone curious about Japanese culture." --School Library Journal "Moe is a hall of mirrors in a cultural fun palace; a twist in the psyche; an etymological thicket; and a sometimes controversial social phenomenon. I can't image a better guide to the moe world than scholar Patrick W. Galbraith, with his lavishly illustrated, interview-based book." --Frederik L. Schodt, author of Manga! Manga! The World of Japanese Comics "We really love how the book fits in the hands, just the right size to bring it anywhere we went, most of us had this on the go when we took turns to read this. We love the additions of illustrations and photographs, assembling along with the lively colours giving the book a energy driven feel, making one want to pick this up from the shelf to read right away, even if one isn't a hard core fan of Japan culture. We can imagine someone picking this off the shelf just for curiosity and falling love with it." -- Quizoxy blog "This book is quite an eye opener that helped me understand that I barely scratched the surface with regards to what people like about Japanese pop culture." --ParkaBlogs.com "What exactly is moe? Galbraith takes a fascinating look into all the elements that make up this word through in-depth interviews and character analysis." --Danny Choo, blog "Galbraith has crafted the most definitive moe treatise to date." --Brian Ashcraft, author of Japanese Schoolgirl Confidential