Superman The Coming Of The Supermen 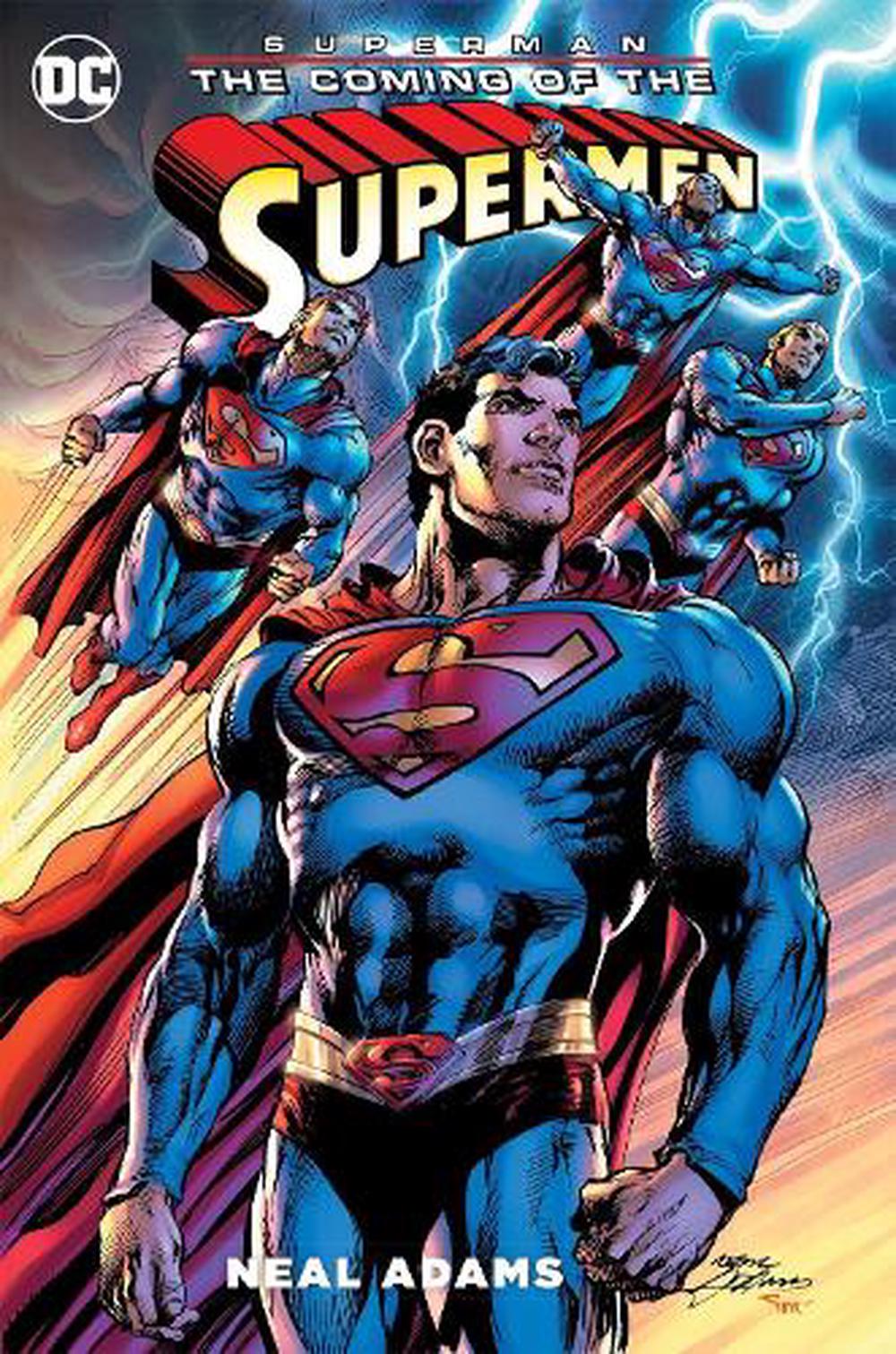 THREE WORLDS. ONE WAR. THIS LOOKS LIKE A JOB FOR...SUPERMEN? Legendary writer Neal Adams presents SUPERMAN: THE COMING OF THE SUPERMEN. In the not-so-distant future, Apokolips has been destroyed. Krypton has been reborn. Earth is safer than ever. And from Metropolis to the Middle East, the Man of Steel soars through the skies--righting wrongs and saving lives all over the world. Until the day a mysterious ship appeared in the sky, and everything Superman thought he knew is turned upside down. Because this ship's crew are no ordinary aliens. They are--or appear to be--Kryptonians, wearing the S-shield of Superman's own bloodline. And they're here to help...or so they say. And they're not the only alien invaders. The minions of Darkseid have returned, bringing terror to our planet once again...and their evil overlord has plans that even the malevolent mastermind Lex Luthor can't counter. Will Superman and his brilliant partner Lois Lane uncover the mystery and save New Krypton and Earth alike? Or is the second coming of Apokolips the end for us all? Collects: Superman: The Coming of the Supermen #1-6 Discover the shocking answers in THE COMING OF THE SUPERMEN--an astonishing epic of action and adventure from superstar writer-artist Neal Adams!

Considered the groundbreaking artist of the 1960s, Neal Adams was born June 6, 1941 in New York City. He attended Manhattan's High School of Industrial Art and, while still a student, found work ghosting the Bat Masterson syndicated newspaper strip and drawing gag cartoons for Archie Comics. Neal received his own comic strip, based on the popular TV series Ben Casey, in 1962. The strip ran until 1965 at which time Neal made the move to comics for Warren Publishing and DC Comics. Neal's realistic style on such strips as DEADMAN and GREEN LANTERN/GREEN ARROW, at odds with the more cartoony comics of the day, made him an immediate star. He became DC's premier cover artist, contributing radical and dynamic illustrations to virtually the company's entire line. Neal's work has also appeared in Marvel's X-MEN, THE AVENGERS and THOR, on paperback book covers, and on stage, as the art director for the Broadway science fiction play, Warp. In the 1970s, Neal and partner (and frequent inker) Dick Giordano started the art agency Continuity Associates out of which came, in the 1980s, Continuity Comics. Neal is the winner of several Alley, Shazam and Inkpot Awards, and was inducted into the Harvey Awards' Jack Kirby Hall of Fame in 1999.