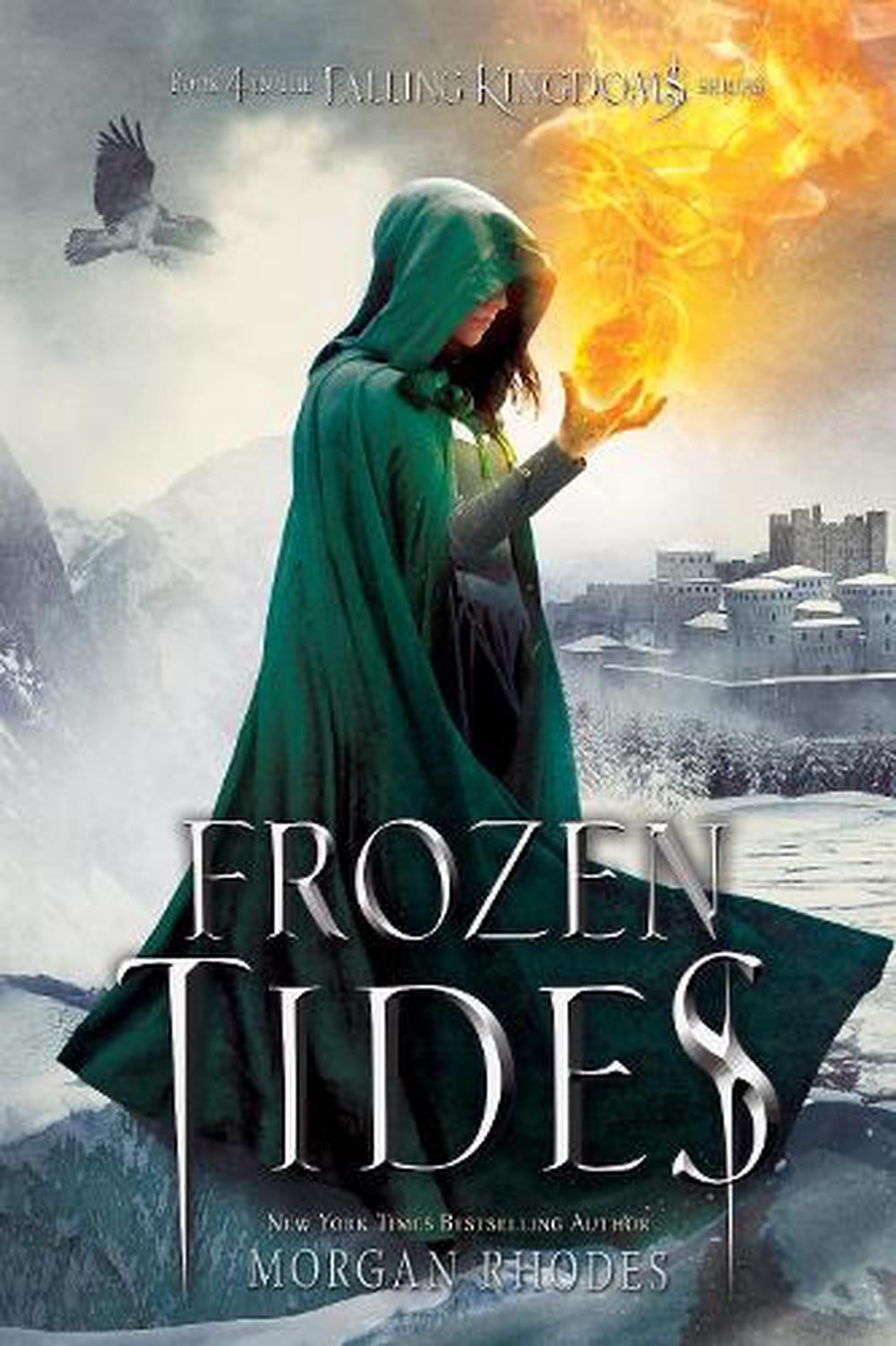 Cleo- Reeling after a shocking realization about Magnus, Princess Cleo must cast aside her feelings and look toward her kingdom with the eyes of a queen.

Magus- The steely prince of Limeros is once again torn between love and duty, leaving him wondering whether he's strong enough to rule his people.

Lucia- Heartbroken and blind with fury, the betrayed sorceress allies with the awoken Fire god, who also seeks revenge.

Jonas- The defeated rebel leader reunites with Princess Cleo, only to become a pawn in the dangerous hunt for the elusive Kindred.

King Gaius- A desperate King of Blood flees Mytica and sails to Kraeshia, where he attempts to ally with the famously brutal emperor across the Silver Sea.

Praise for the Falling Kingdoms series-

Morgan Rhodes is the New York Times bestselling author of the Falling Kingdoms series. Under another pen name, she's an award-winning author of more than two dozen novels. Morgan lives in Southern Ontario. Connect with her on Twitter @MorganRhodesYA or visit fallingkingdoms.com for more info.

PRAISE for the FALLING KINGDOMS series:

"Morgan Rhodes has created a rich, living fantasy world and characters that immediately draw the reader in. This is one of those series you can't help but be obsessed with. I can't wait to see what happens next!" --Richelle Mead, #1 New York Times bestselling author of Vampire Academy and The Glittering Court "An otherworldly epic...evocative and intricate."--Publishers Weekly

"...You must have this book on your shelves." --Bustle

"Falling Kingdoms is a superbly written and character-driven narrative." --Bookpage

"[A] YA Game of Thrones full of intrigue, betrayal, lies and love." --The Guardian

"Falling Kingdoms will gut you emotionally. It will make you ache, cry, and beg for the sequel as you turn the last page. I absolutely loved it." --Julie Kagawa, New York Times bestselling author of The Iron Queen

"In this Game of Thrones-esque high fantasy, Rhodes has created a world that's raging with war, deceit, spoiled royals, and a populous needing little to spark a revolution." --NPR/WAMC's The Roundtable

"From an opening dripping with blood, magic, and betrayal through complex interweaving plots detailing treachery, deceit, and forbidden love, this novel is the first in a projected series that will immediately engage readers and keep them intrigued." --Booklist